The Three Mothers: Feminine Elements and the Early Kabbalah by Jill Hammer

For over ten years, I’ve been teaching a work of early Jewish mysticism known as Sefer Yetzirah, or the Book of Creation.  There are widely differing opinions on the book’s origin and dating, but many scholars date it to the sixth century.  Its core concept can be described simply: the Divine used the Hebrew letters as metaphysical channels to create the different aspects of reality: the directions, the elements, the planets, the months of the year, and so forth.  Each letter is a channel by which God creates a unique form or entity, and meditating on the letters provides us with a connection to divine creative power. In its discussion of the letters, Sefer Yetzirah shows a strong connection to feminine imagery, and thus helps the later kabbalah develop its own link to the feminine.

Sefer Yetzirah shows influences from Aristotle to Gnosticism, and is often viewed as a work of Jewish philosophy.  However, it is also a work of meditation, giving the reader instruction on how to focus and connect to the divine. Scholars such as Richard Hayman and Marla Segol have noted that the book’s structure and content connect it to magical literature: for example, the book has a deep concern with “sealing” the space of the world: letters of the Divine Name are used to seal the six directions of the universe.  In a similar way, ceremonial magicians of the ancient world used sealing ritual, including the incantation bowls that were buried in the corners of a home to keep out evil forces.  The book, like much ceremonial magic of the region, also discusses the elements.  However, Sefer Yetzirah has a three-element system rather than a four or five-element system.  The three formative elements are air, water, and fire.

These elements, represented by the Hebrew letters aleph, mem, and shin, are collectively called the Three Mothers: “Three Mothers, Aleph, Mem, Shin: the Divine engraved them, carved them, permuted them, weighed them, transformed them, and with them depicted Three Mothers…  (Sefer Yetzirah 3:3) These three mothers are one of the important foci of the work as a whole.  The letters aleph, mem, and shin are the beginning, middle, and penultimate letters of the Hebrew alphabet, and thus in some way reference the whole of creation.

The choice of the phrase “Three Mothers” is fascinating.  To my knowledge, this is the first time a Jewish text has referred to the elements as mothers.  While the Mothers of Sefer Yetzirah are never personified in any anthropomorphic way, they do introduce the idea of the feminine as a creative force: or, more accurately, multiple creative forces. The phrase “Three Mothers” echoes the Talmudic phrase “four mothers” referring to Sarah, Rebekah, Rachel, and Leah.  Thus the elements become connected in the imagination to the matriarchs of the people.  The “mothers” (in the sense of sources, origins) are God’s partners in creating the space-time continuum and bringing the world into being.  They exist in relationship to one another, combining to create the diversity of reality.  In a sense, they remind one of the “matronae” in Northwestern European mythology: ancestral mothers depicted in groups of three, whose feminine powers manifest in a group, never by themselves.

The later editors of Sefer Yetzirah are somewhat uncomfortable with this focus on mothers, and this tension shows in a fascinating way.  In some places, Sefer Yetzirah refers to “three fathers” born from, or identical with, the three mothers.  For example, Chapter 6 section 1 in Aryeh Kaplan’s translation (using the Vilna Gaon’s version) reads: “These are the Three Mothers Aleph Mem Shin, and from them were born Three Fathers, and they are air, water, and fire, and from the Fathers, descendants.” Other versions eliminate the mothers entirely in Chapter 6 and speak only of three fathers.  Scholar Peter Hayman notes that the place of the “fathers” in the cosmology in Sefer Yetzirah is inconsistent: in most places, it is the mothers who are synonymous with the elements, not the fathers—yet in Chapter 6, it is the fathers who hold the powers of air, water, and fire.

I would argue that the father letters are an editorial product of discomfort with the book’s focus on mothers as primary cosmic forces.  At some time during the formation of the text, the fathers became a way of balancing out, equalizing, or potentially obscuring, the power of the mothers. Thus, we can see an early conflict in Jewish mysticism between emphasis on the feminine as a divine creative power, and a pairing of masculine and feminine forces.

The later kabbalah uses many concepts from Sefer Yetzirah but develops them differently.  For example, the sefirot (divine emanations) of Sefer Yetzirah are defined as abstract elements and directions, while the sefirot of the Zohar, centuries later, are represented by “personal” qualities and are anthropomorphized.  Feminine creative powers remain an important part of the kabbalah, but in Sefer haBahir and the Zohar, the works of kabbalah composed in Provence and Spain in the 12th and 13th centuries, the feminine aspects of the Divine are portrayed as wives/lovers and daughters to the masculine aspects, and only secondarily as mothers. These faces of the feminine are also fascinating, but to me, they don’t share the primacy of the Three Mothers of the Sefer Yetzirah.

For me, the Three Mothers, and the elements they channel into the world, have become a primary source of spiritual experience.  I frequently meditate on the mother letters as they reside in my belly, head, and chest, visualizing the presence of air, water, and fire in my body.  I also meditate on the Mothers as sky, ground, and everything in between: the sacred frame for my experience as an earth-being.  I believe that Sefer Yetzirah provides a powerful doorway to a mystical experience that is not based on dualities but on the multiplicity of the elements and the dynamics of multiple energies that all arise from the One.  I’m taking a sabbatical this year from my work at the Academy for Jewish Religion to write a book that explores the meditative gifts of the Sefer Yetzirah, and I look forward to reporting back about my conversations with the Three Mothers. 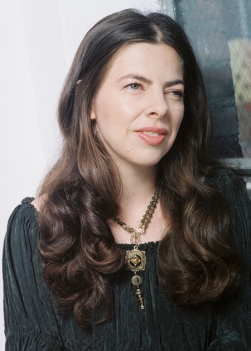 Meroz, Ronit. “Between Sefer Yetzirah and Wisdom Literature: Three Binitarian Approaches in Sefer Yezirah,” Journal for the Study of Religions and Ideologies, 6, 18 (Winter 2007), 101-142.

Segol, Marla. “Genre as Argument in the Sefer Yetsirah: A New Look at its Literary Structure,” in the Journal of the American Academy of Religion, vol. 79.

Like Loading...
‹ A Question about “Egalitarian Matriarchy” in West Sumatra by Carol P. Christ
Fox Wisdom – Cunning, Camouflage and Persistence by Judith Shaw ›