Lessons from Candide by Barbara Ardinger

Candide, ou l’Optimisme (in English, Candide, or Optimism) is a satirical, picaresque novel published in 1759 by François-Marie Arouet, better known as Voltaire, who was possibly the smartest author of the Age of Enlightenment…but he annoyed so many courtiers and public officials that he was forever traveling around Europe to get away from their threats of arrest and bodily harm. A picaresque novel is an adventure novel with a clever,

tricky hero who somehow survives and makes us like him. Voltaire wrote his novel primarily to criticize the optimism of the German writer Gottfried Wilhelm Leibniz, who said that because God is always benevolent, everything that happens is always for the best. This presumably includes the bloody Seven Years War (Protestant vs. Catholic, fought mostly in Germany and France) and the Lisbon earthquake of 1755, which occurs both in Lisbon and in the novel. Even though Voltaire was accused of blasphemy and heresy, among his other sins and crimes, Candide was enormously popular throughout Europe, a popularity that continues to this day.

In 1956, playwright and screenwriter Lillian Hellman (who had been persecuted by Sen. Joseph McCarthy and HUAC) proposed to composer/conductor Leonard Bernstein that they turn Voltaire’s novel into a Broadway musical. Bernstein composed some of the most beautiful music ever written for this show, which has been produced as an opera, an operetta, and a musical comedy. Hellman’s libretto turned out to be weak, so Bernstein turned to the poet Richard Wilbur and Stephen Sondheim, among others for new libretto and lyrics. It’s been through numerous revisions, and every time it’s staged, it’s different. I have four or five versions on DVD. My favorite is the New York Philharmonic staged concert written and directed by Lonny Price and broadcast on PBS in 2004. 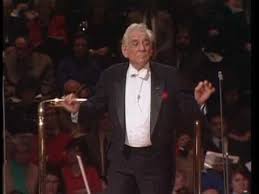 Now for the story. (I’m focusing more on the musical than the novel.) Candide (a tenor) is the illegitimate son of the Westphalian Baron of Thunder-ten-Tronckh. (Westphalia is a real region in northwest Germany.) He’s in love with the baron’s daughter Cunegonde (a soprano) (her name is a pun on French and Latin word for female genitalia), and she loves him, too. Their teacher is the famous Dr. Pangloss, who says that everything happens for the best in this best of all possible worlds. The foolishness of this unthinking optimism is (obviously) the point of both novel and musical—this is not the best of all possible worlds. As we all know, awful things happen.

The baron’s family says their daughter cannot marry a bastard. The next thing that happens is an invasion by Bulgarians. The family is killed, Cunegonde is raped and killed, Candide and Dr. Pangloss are captured. This is the best of all possible worlds? Well, says Dr. Pangloss, what worse things might have happened to the baron’s family had they survived? Candide and his teacher are soon separated, and when they come together again, Dr. Pangloss has syphilis, which he sings about as a blessing. Sometime around now they go to Lisbon and arrive just in time for the great earthquake. They are captured by the church. Candide is flogged and Dr. Pangloss is hanged (praising the rope) during a tuneful “auto da-fé.”

But Cunegonde wasn’t killed. Candide next finds her in Paris, where she’s living the high life as mistress of the Archbishop and the Chief Rabbi (on alternate nights). This is when she sings about the joys of collecting jewelry.

More adventures follow. Most of the formerly dead people travel to South America, where Cunegonde and the Old Lady (one of whose buttocks was eaten by pirates) (don’t ask) become part of the household of the lusty governor of Montevideo, and Candide and another character named Paquette (former mistress of the baron) go to El Dorado, a peaceful land surrounded by mountains and filled with gold and happy sheep. But Candide and Paquette get bored. More adventures and—remember, it’s all for the best in the best of all possible worlds—they end up in Venice at Carnival time. This is where Candide finds Cunegonde again; now she’s employed in a gambling palace. They recognize each other (again) and finally travel back to Westphalia.

By this time, the characters been flogged, raped, cheated, and killed so many times they come at last to see that the Panglossian—and Leibnizean—optimism is nonsense. They visit a wise man (who turns out to be Pangloss in disguise) and ask him what life is really all about. What is man’s proper function? Man’s proper function, says the wise man, is to work. In the novel, Voltaire put it this way: “…when man was first placed in the Garden of Eden, he was put there ut operaretur eum, that he might cultivate it; which shows that man was not born to be idle.” In Bernstein’s musical, the reunited characters agree that humankind’s foremost job is to “make our garden grow.” Candide sings, “You’ve been a fool and so have I….”

Yes, the lesson of Voltaire’s novel and Bernstein’s musical is that unthinking optimism is both foolish and dangerous. (I think we can equate this optimism with the “normalizing” of the Ogre-in-Chief.)

That’s the primary lesson. The other lesson, as I see it, is that you and I should plant our own gardens and make them grow. By garden, I mean (a) a real garden with plants and veggies in it, (b) an indoor garden of houseplants that bring beauty to our rooms, (c) a “guerilla garden” that brings beauty to some spot that is barren and ugly until we (without permission) plant and tend a flower or two, and (d) a metaphorical garden. Or all four. As I wrote in my book Pagan Every Day, maybe the latter should be called a karmic garden. The word “broadcast” comes from the way farmers once sowed seed. They’d take a handful out of the bag over their shoulder and fling it out across the ground to fall where it might or be carried away by the wind. Let’s think about the seeds we’re broadcasting as we speak or write or post or protest. Some of our seeds fall close to home, but many fly across the net and the web and end up who knows where. That makes for very big gardens and some unexpected blooms. But you know what they say—what goes around comes back around. As you sow, so shall you reap. It seems to me that this FAR community is creating a karmic garden, for we are all broadcasting our intentions to restore human rights to a city, state, nation, or world very much in need of, among other things, kindness and charity. Let us all make our gardens grow. (And do listen to the song again.)

Like Loading...
‹ The Cosmic Dance (Part Two) by Laura Shannon
Think About the Consequences of Your Actions for Seven Generations by Carol P. Christ ›