Home › Feminism › Residing in a Liminal Space: Finding a scholarly home at the Institute for Thealogy and Deasophy by Patricia ‘Iolana

Residing in a Liminal Space: Finding a scholarly home at the Institute for Thealogy and Deasophy by Patricia ‘Iolana 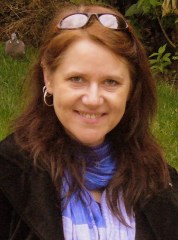 For years I was outside of traditional academia.  I can no longer count the times I have heard that my research and my theories were highly radical and would never find a home or a place of acceptance.  Early in my career, while still in the States, a number of my colleagues tried to convince me to take a traditional theological stance, and join the world of orthodox faith tradition.  What my well-meaning colleagues never considered was that in asking me to alter my way of being, they were asking me to deny myself, my understanding of the Numinous, and negating that there were other people in the world who think and feel as I do.  I would rather cut off my nose to spite my face. Needless to say, I continued on, even though it often meant blazing my own trail off the safe and ‘beaten path.’ I trusted that I was on the right path and that the Divine would lead my way.  In other words, I had faith—loads of it, and in the end it paid off.

For a while, I had been part of the academia.edu community (if you aren’t familiar with it, it is like a Facebook for scholars where academics can share and follow research).  I joined in the hopes that I would reach like-minded people and find an academic home.  One day in the summer of 2010, I received a message asking me if I wanted to contribute a chapter on a new book about Thealogy.  The message from Angela Hope said she wanted to claim and expand the field, and I was eager to speak with her.  Our conversations lasted for hours, days, and weeks.  We found a kindred sisterhood, and she shared with me her idea to create an institute for other like-minded scholars and practitioners – a place that was supportive of liminal theories and research – a place that dared to push boundaries.  And as we wished, so we gathered.

Within months, ‘a group of scholars and contemplatives came together to create the Institute for Thealogy & Deasophy. For each of these thinkers, their once isolated and alienated paths as the “pirates” in the field of religious studies and theology transmuted into a collective journey with emancipator potential both at the personal, political, spiritual level. Here, for the first time, was an academic centre where Women, Religion and the Feminine Divine were valued, validated, and legitimated not only personally, but also professionally. This innovative research centre provides scholars with a collective voice, support, understanding and an important political agency to chart new territories within the political, religious, and academic mainstreams that are post-patriarchal in nature. This community of scholars describe their collective voyage as a deeply thealogical journey that attends to their spiritual, intellectual, and political desires. They believe dialogue, research, and scholarship with respect to the Sacred Feminine is not only timely and relevant given the rise of people and communities who uphold the principle of the Divine Feminine, but it is essential to healing our world and bringing about a social order that is more in balance as well as socially just’ (Hope, et al 2011, 74).

I should briefly explain for those of you unfamiliar with the term that, as an academic field, thealogy allows for focused contemplation, rumination, and exploration on the topic of the Divine Feminine as She is understood in any one of Her many guises/archetypes/ images/aspects. As much of traditional Western faith traditions and practices have tended to subordinate the Sacred Feminine or deny Her completely, thealogy allows for academics, contemplatives, and practitioners alike to put forth their scholastic contributions on the nature of the Goddess as She relates to the human condition and how She can effect change in our world today.  (For a much richer and extensive definition of thealogy see ‘Iolana and Hope 2011, ‘Mapping Thealogy’ p9-22). Thealogy remains open to the experiences, stories, and traditions of men and women in all religious and spiritual traditions—ancient and contemporary—as it relates to the Great Mother.

We recently published the first issue of Goddess Thealogy: An International Journal for the Study of the Divine Feminine which is available on-line for free as a pdf file.  Our hope is that this journal can serve as another starting point from which thealogy, a relatively ‘new’ academic field in religious studies, can continue to emerge and unfold.  As thealogical contemplation lies in that liminal space outside mainstream religious studies and theology, we started this journal so that radical and reformer thealogians alike could have locus thealogicus, or a supportive place for thealogical reflection, or as I like to call it—a home.

Patricia ‘Iolana is a Ph.D. candidate at the University of Glasgow’s Centre for the Study of Literature, Theology and the Arts where she is examining contemporary literature as a means for theological, psychological and social change.  Her dissertation entitled ‘Depth Thealogy: A Psychodynamic Study in Women’s Spiritual Memoirs’ utilizes an innovative methodology based on the memoirs, the analytical psychology of Carl G. Jung, the feminist thealogy of Carol P. Christ and the depth theology of Abraham Heschel to understand the current paradigmatic shift towards the Sacred Feminine.  Some of her academic contributions include Testing the Boundaries: Self, Faith, Interpretation, and Changing Trends in Religious Studies (2011) and Literature of the Sacred Feminine: Great Mother Archetypes and the Re-emergence of the Goddess in Western Traditions (2009).  She is also an active member of the Beltane Fire Society.