Thanksgiving evokes deep memory and raises questions about what we are celebrating, now that we know the stories we were told about the Pilgrims and the Indians are not the whole truth about America’s early history.  I thought about all of this as I prepared for Thanksgiving this year and cleaned up for days afterwards.

Although I do not live in America, I have celebrated Thanksgiving with a group of friends in my home in Greece many times during the past twenty years.

For me, Thanksgiving brings up happy memories of family gatherings in a time when my extended family, including Mom and Dad, brothers, great-aunts and great-uncles, aunts and uncles, cousins and second cousins, gathered at Grandma’s to eat turkey with all the trimmings.  Grandma Lena Marie Searing Bergman was not only a great cook but also an excellent hostess.  Her tables were laden with turkey, stuffing, mashed potatoes, gravy, sweet potatoes, biscuits with butter and homemade jam, corn and green peas, pumpkin and mince pies, and also with crystal, china, and silver, and flowers from her garden.

Uncle Emery, my grandmother’s older brother, told stories about life on the farm in Michigan, where they had a pony and he lost parts of his fingers in a threshing machine. We children played croquet in the garden and ran races all around it while our mothers, aunts, and grandmother laid out the feast and cleaned up afterwards.  These were the blessed days before television and televised football games came to dominate holidays in the United States. My memories are laced with the sadness of knowing that those days are in the past.

When my grandmother died, I asked for her silverware, which I have used every day since, even though she used it only on special occasions. My grandmother’s silver, and china, crystal, and silver I inherited after my mother died, are visible symbols of the bonds I share with my mother and grandmothers.

While cooking came naturally to my grandmother, it does not to me, as I have chosen to focus my energies on other things.  When I was married, my husband did the cooking, while I made the salad, set the table, arranged the flowers, and put candles everywhere. That division of labor suited me.  In recent years I have asked friends to help me with the Thanksgiving preparations.  This year for a variety of reasons, no one was available.  At first I wondered if I could cope.

I decided to divide up the cooking in the days before the feast: baking and pureeing the pumpkin and measuring and cutting up the corn bread and vegetables for the stuffing two days in advance; making the mince and pumpkin pies and sweet potato and carrot puree one day in advance; which would leave me time to finish the stuffing, cook the turkey, bake corn bread, and make cold apple soup on the day. As I made my preparations, I realized to my surprise that this is exactly what my grandmother and later my mother must have done. Even they, for whom cooking was easier than it is for me, could not possibly have done everything on one day.

I lovingly set my table for twelve during the three-day preparation period, with Grandma’s silver, damask napkins Grandma had embroidered with her initials, candlesticks from my Nannie, serving pieces that had come down in the family, crystal that was among my wedding presents, antique Bavarian china I found in a junk store over 30 years ago, delicate name card holders that were a gift from a special friend, and blood red roses and myrtle leaves from my garden arranged in a ruby crystal bowl.

Before we shared the meal, my friends, Greek, Australian, and British, asked me to explain what Thanksgiving is.  Here is what I said:

“When we were young, we learned in school that after the British who were called Pilgrims arrived in Massachusetts, they were starving the first winter because they did not know the new land and its foods. The Indians shared the American foods–including turkeys, corn, corn bread, potatoes, sweet potatoes, and cranberries–with the Pilgrims, and this was the first Thanksgiving.

“What we were not told was that the white immigrants brought diseases that killed many of the Indians and that they later fought the remaining Indians for land and drove them onto reservations.

“The story of the Indians sharing with the Pilgrims is probably true,” I added, “because the Indians came from a gift-giving culture in which those who had shared with those who did not.

“Thanksgiving is also a harvest festival that celebrates the end of the harvest when ‘all is safely gathered in, ‘ere the winter storms begin.’  So today we bless the Source of Life, and the circle of birth, death, and regeneration.

“But for me,” I concluded, “Thanksgiving is most of all a celebration of memories of family gatherings at my grandmother’s. This year, you are my family.”

While preparing the feast that we shared, I understood even more clearly than before, that the Thanksgiving I create is first for the ancestors, and second for my friends.  Knowing that makes Thanksgiving twice meaningful.

I am still thinking about the generosity of the Indians, and the lack of generosity of many founding fathers and mothers.  My grandmother’s Searing ancestors were among the first non-natives to settle in Hempstead, Long Island, Saratoga Springs, New York, and Lyons, Michigan.   The new American immigrants all too often took without giving back and then took some more.  This also is my heritage.  Telling the truth is only a beginning.  What would be required of us if we pledged ourselves to repair the web? 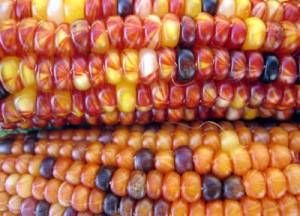 Next Thanksgiving, why not take up a collection to aid Native Americans living on reservations. “NativeStock recommends that you consider donating to a tribe located within your State. Google: Native American tribes along with your state of residence and you will find a list of tribal headquarters and their phone numbers. Call the tribal office and inquire about the tribes museum/cultural center, elderly programs, school/college funds or food drives that are in need of donations. On occasion tribal officials have called NativeStock directly to request silent auction items or specific items like books, school supplies, winter coats and canned foods.”

Carol P. Christ is a founding mother in the study of women and religion, feminist theology, women’s spirituality, and the Goddess movement.  She has been active in peace and justice movements all of her adult life.  She teaches online courses in the Women’s Spirituality program at CIIS. Her books include She Who Changes and Rebirth of the Goddess and the widely used anthologies Womanspirit Rising and Weaving the Visions.  One of her great joys is leading Goddess Pilgrimages to Crete through Ariadne Institute.

Like Loading...
‹ The Wit of the Labrys by Xochitl Alvizo
A Gift I hope I can give: A Thank you to Ada Maria Isasi-Diaz by Sara Frykenberg ›