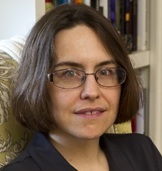 Last week I received an email out of the blue about a book I published seven years ago.

The greeting was polite. The body of the email managed to be simultaneously critical and vague. The writer began by noting that human beings are accountable “for what we say and do” and that the prophet Muhammad taught that those who start something good are rewarded for the good they do themselves and for those who follow in their footsteps; those who do something sinful are liable for their own sin and the sins of those who follow their guidance. The implication was that my book could lead people astray and I would be responsible for their bad deeds.

She had several concerns. In her view “some points in the book” were offensive to religion; she singled out the chapter on homosexuality. Further, “some questions … were inappropriately directed toward Allah.” The tone of my writing makes it seem as though “I am “attacking [my] religion or [am] not proud of it” – which, she believes, does not reflect my actual feelings.  Even if my inner sentiments are correct, she believes I am mistaken in my judgment about certain basic religious doctrines: though I “look to these issues as [an] American Muslim and [consider] how Islam could apply in U.S.A … in all religions there are basics that cannot be changed.” In her view, my book crossed the line. Finally, she felt that I was not clear “about how Islam respects women.” She signed her email “sincerely.” I believed her.

I seldom get hate mail. I sporadically get notes from readers with compliments, questions, or requests for guidance on legal matters or sticky ethical dilemmas. I ignore vitriol-filled emails, or try to, and generally reply to the rest at more or less length, though I never provide personal advice. This email – not fan mail by any stretch of the imagination, nor a harangue – fell somewhere in the middle. It was a mild rebuke concerned with potential effects of my incorrect opinions on society and, more importantly, on my own soul.

Which left me with the question of how to respond, or whether to respond at all. My auto-reply says I am on sabbatical, so I was off the hook. But I kept thinking about it.

The writer didn’t engage my book’s arguments about how Muslims today use and abuse authoritative texts to advance their views about gender and sexuality, often in sloppy and incoherent ways. My initial reaction was the frustration I feel when readers seem to miss the point of my book, which itself grew out of frustration with commonplace ways of treating the tradition. Regular assertions that there are “basics that cannot be changed” and that “Islam respects women” are precisely the sort of categorical claims that I tried to unpack, asking instead: who determines what is basic and cannot be changed and on what basis? Are their arguments logical and consistent? What assumptions undergird them? What structures of power, of hierarchy, do they in turn support? What does “respect” or “equality” or “justice” look like? Who decides?

Yet just as she missed the point of my book, I was missing the point of her email. It was not about the coherence of my arguments or my particular readings of classical sources but rather my spiritual welfare. She was, I assumed, following another prophetic tradition, “Religion is good counsel.” (Al-dīn naṣīḥa.)  This means that a Muslim ought to tactfully point out when another Muslim seems to be erring. Good counsel is not about threats or insults, but about clear-sightedness and truly wanting others to flourish, in this life and especially the next. I did not have to agree with her approach to be grateful for her sincere attempt to promote my well-being. Rather than being offended – as I can admit I probably would have been had the author of the email been male – I recognized that she was engaged in a task similar to mine: trying to help someone see things from a different perspective, to question her own standard ways of seeing her tradition, her community, and her own actions. If I ask others to abandon comfortable certainties and entertain hard questions, it is only fair that I be willing to do the same.

It became clear to me that I needed to respond, with equal honesty yet without an unproductive attempt to explain what I had tried to accomplish with the book.  If it wasn’t clear in two hundred pages, it wouldn’t be clear in two paragraphs. Instead, I kept my reply under twenty words: I thanked her for her thoughtful and heartfelt note, and closed “with appreciation.” I meant it.

Kecia Ali is an Associate Professor of Religion at Boston University where she teaches a range of classes related to Islam. She writes on early Islamic law, women, ethics, and biography. Her books include Sexual Ethics and Islam: Feminist Reflections on Qur’an, Hadith, and Jurisprudence (2006), Marriage and Slavery in Early Islam (2010), and Imam Shafi’i: Scholar and Saint (2011). She lives in the Boston area with her family.

Like Loading...
‹ Beyond Hemlines: What a Pope Can Teach Us About Modesty by Deborah Farmer Kris
The Difference a Feminist Makes by Elise M. Edwards ›