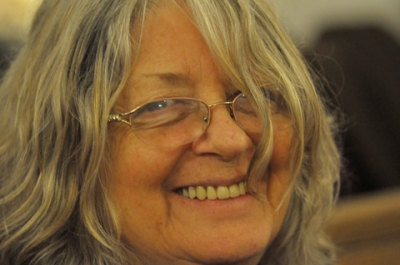 When I sat down to write my article this month, I browsed through my computer for ideas.  As I did, I found this article that I wrote about 18 years ago for a newsletter I prepared for my workplace.  Because it is still a very relevant topic to me today, I thought I would share it here. ( food for thought – I am an introvert,  a triple Aries and a Myers Briggs INFJ)

I have spent a lot of my life sorting through very strong feelings in order to decide to express them or not. Of course, there are those that erupt before given the opportunity for that kind of sorting!  Just ask my friends and family!  I have often wondered if everyone has this going on inside their heads.  It is part and parcel of being an introvert to ponder such things. I have even wondered if perhaps some just  don’t have that experience of heavy duty “feeling”!  Of course, that’s a ridiculous idea.  We all have feelings.  We all just have varying levels of willingness to share them.

For the last several days there have been three words drifting around inside my head looking for expression.  They are apathy, passive, and passion.  So, finally, I decided to look each of them up in the dictionary and here is what I found:

Passive   … not active but acted upon … accepting without resistance

Apathy and passive appear to be quite similar, and they are, but if you look closely, passive does not necessarily mean that one has a lack of emotion, simply does not act.  So, apathy can lead to being passive as well as the other way around.

So, next look at the word passive (acted upon – scary thought!) and the second part of the definition, “accepting without resistance”.  I can think of a lot of examples of people being what I thought of as passive but behind the scenes they certainly did not accept without resistance.  They chose not to act upon when given the opportunity, but later, created quite a disturbance.  So they were not really passive, were they?  They felt a passion to disagree but did nothing to speak out at the moment it mattered. They then grumbled and caused dissent after the fact!  They experienced passion but acted upon that passion in a destructive way.

In thinking about that, I wondered why that happens.  It does happen.  It happens to all of us.  We have feelings, we want to share those feelings at the right time but for one reason or another, we don’t.  But those feelings don’t go away.  They fester. They lead to stress, or even worse, they lead to negative behavior.  Why do we do it?  The only reason I can find, really, is fear.  If we could not express our feelings appropriately, it was because we feared we would not be understood, or we feared the response.  Something about the moment led us to believe that our feelings would be rejected, invalidated, cast out, laughed at, or simply ignored.  In thinking that, it is easier to not express in the first place.  But of course, as I said before, if we felt strongly about something and didn’t speak out, it will find a way out – somehow!

Every day, if we look around, we see situations of apathy.  Look at the percentages of turnout on voting day!  Look around you at the work place.  How many times have you come from a decision making meeting, where it was like pulling teeth to get anyone to voice an opinion, and later, after a decision was made, everyone hashed and rehashed, complained and grumbled about the decision as if they had never had a say in the first place!

Why is it that when we are given an opportunity to have a voice, such as in responding to questionnaires and surveys, which are anonymous, we still don’t respond?  Do we really not care?  Do we really think it doesn’t matter?  Certainly, if there is no response, there is no voice! As women, many of us were raised in environments that did not encourage speaking out.  Girls were taught to be quiet, to be respectful, and to not stand out in the crowd.  We were taught it was not ladylike to be bold and assertive, that we were better off being quiet and meek! And of course, I ask, “Better off how?”

I believe it is important to think about this, to look at how we respond to our own intense feelings, to injustice in the world.  I suggest that by acknowledging the passionate feelings we have and speaking out, whether it is on the job, at home, wherever we are, it is critical to being fully engaged and involved in our lives.  Let us find ways to express ourselves.  Let us find ways to create an atmosphere in every discussion that all will feel safe in sharing those opinions and feelings without fear.

Women have been silent in far too many situations.  Elders are silent and invisible in many cases.  If we do not contribute, how do we expect to ever make a difference?    My “Mama” raised me to believe that “you only get out what you are willing to put in.”

Let’s find a way, throughout our lives, to say what’s on our minds at the appropriate time, to speak out!  Let us find ways to do that.  There are concepts to explore in the areas of communication and ways groups can safely and fairly come to agreement where everyone has a voice.  Find those ideas.  Implement them in your lives.  Encourage those around you to share their opinions.  You be the one to create a safe place.  Find your voice.  Live a passionate life.  Get involved.  Remove apathy from your existence.  Do not be passive.  Life’s too short!

Deanne Quarrie. D. Min. is a Priestess of The Goddess, and author of five books.   She is the founder of the Apple Branch and Beyond the Ninth Wave where she teaches courses in Druidism, Celtic Shamanism, Goddess Spirituality and mentors those who wish to serve others in their communities. She is also an Adjunct Professor at Ocean Seminary College and is the founder of Global Goddess, a worldwide organization open to all women who honor some form of the divine feminine.

Like Loading...
‹ Jesus, Mary and Joseph: Who Are Our Saints? by Marie Cartier
Thank You For Your Service by Esther Nelson ›