Home › Death › A Moment of Silence by Natalie Weaver

A Moment of Silence by Natalie Weaver 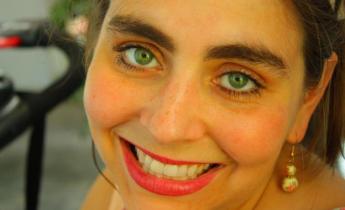 In my last post, I shared with you my wonderment at the power of music to speak for us when we lack speech and to touch us when we are beyond reach.  Now, I experience wonderment at the power of silence.  For, it was silence that in the end helped my father-in-law, who was truly my father, to shed his mortal coil.  After the noise of caregivers and nurses, of talking and encouraging, of wailing and whispering, there was a window of silence when I sat alone with him, stroking his forehead lightly.  I knew he would be free in that quiet to exhale, and with that final breath, he too became silent.

Silence then filled the house, until it was punctuated by the tidal sounds of grief.  And, just like the tides, the grief now ebbs and flows between moments of gentle motion and moments of crushing force.  Behind that grief, though, and behind the rituals we perform to externalize that grief, there remains a giant silence.  It is strange to me that the silence is not experienced as emptiness.  It is not a void or a vacancy or a nothing.  It is an active presence, that is, the silence itself.  It is a deep mystery to be experienced in its own right, without the error of imposing upon it the productions of noise.  For, the silence of bereavement is a fathomless place from which to hear something we could not have heard before.   The silence is holy.

I know it is holy because I knew in that silent hour of his death a human man more nakedly than in decades of his life.  And, in that one dying man, I could see us all, and I was and am awestruck by the beauty that we share.  I will not rush past my Holy Saturdays to Easter Sundays; for there are wondrous truths to be discovered under the shroud and in a moment of silence.

Natalie Kertes Weaver, Ph.D., is Chair and Associate Professor of Religious Studies at Ursuline College in Pepper Pike, Ohio. Natalie’s academic books include: Marriage and Family: A Christian Theological Foundation (Anselm, 2009); Christian Thought and Practice: A Primer (Anselm, 2012); and The Theology of Suffering and Death: An Introduction for Caregivers (Routledge, 2013). Natalie is currently writing Made in the Image of God: Intersex and the Revisioning of Theological Anthropology (Wipf & Stock, 2014).  Natalie has also authored two art books: Interior Design: Rooms of a Half-Life and Baby’s First Latin.  Natalie’s areas of interest and expertise include: feminist theology; theology of suffering; theology of the family; religion and violence; and (inter)sex and theology.  Natalie is a married mother of two sons, Valentine and Nathan.  For pleasure, Natalie studies classical Hebrew, poetry, piano, and voice.

Like Loading...
‹ Get your fatwa off our backs! by amina wadud
Max Dashu: Feminist Scholar, Author, Historian, Artist by Jassy Watson ›