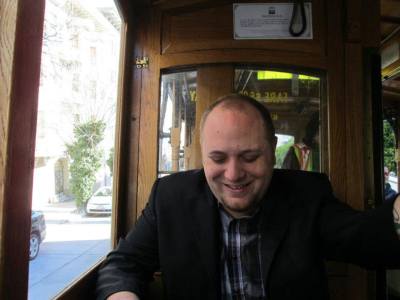 Does Islam need a reformation? The ever-controversial Ayaan Hirsi Ali’s new book Heretic: Why Islam Needs a Reformation Now argues that it does. Do you agree with her? Or do you find problems with the way Ayaan Ali frames the discussion?

I ask these questions a few weeks after the first all-women’s mosque was opened. It has also only been a short time since Muslims for Progressive Values (MPV), headed by Ani Zonneveld, sent an open letter to Salman bin Abdul Aziz, King of Saudi Arabia. These, and the innumerable condemnations of the Charlie Hedbo shootings, remind us that this “reformation” Ali is looking for is not entirely absent.

If you are like me, you find the whole notion of an “Islamic Reformation” troublesome. Not only does it assume a European Christian model of social change and progress as its barometer, but the view of history it forwards is nothing short of obtuse. As a former student of “Church History,” a clever designation used by theology schools and seminaries to cover up their deliberately Western focus, I understand the Protestant Reformation to be multifarious and complicated.

For those hoping the reformation rubric is applied to Islam, remember that although its merits are numerous, this historical movement was nothing like its pristine depiction in the movie “Luther.” Calvin voted to have Servetus burned at the stake, Luther persuaded the German princes to join his cause (not exactly a separation of powers), peasants revolted and became riotous mobs, and let’s not begin talking about some of the anti-Catholic evils committed by the Huguenots.

But if historical parallels are at all useful, it indeed seems that a reformation is precisely what we are getting right now. Our political pundits, as inheritors of a triumphalist Anglo-American Protestant historiography, often embrace a fallacy that conflates the tremendously complicated reformation (and I am using this word to mean both the various Protestant reformations as well as the Catholic Counter-Reformation) with the likewise tremendously complicated Enlightenment.

I’m not saying that I don’t agree with Ali’s condemnation of Boko Haram, al-Qaeda, and the group that calls itself the “Islamic State,” but to assume these groups are representative of “true Islam” is a stretch. What constitutes Islam’s “essence,” “core,” or “normative center” has been hotly debated by Muslims and non-Muslims alike, but Ali’s almost entirely negative portrayal of Islam is Procrustean. You have to lob off “there is no compulsion in religion” (Suran 2:256) and other pacifistic and liberal teaching in Islam, to make her picture fit her frame.

“Not “reformation” in the sense that Luther used the term—to “go back to scripture,” Ali says, “what I mean is an innovation, a renovation of the faith.” The reformation she has in mind is one where Muslims give up some central tenets of Islam: the sanctity of Muhammed and the infallibility of the Qur’an. In this sense, she uses “reformation” in a different way, one that I still consider problematic. It’s problematic because it assumes a direct connection between believing these tenets and acting violently.

What Ali wants is what Ian Barbour refers to as “doctrinal reformulation.” In my humble opinion, a better method of approach would not be about changing beliefs, but harnessing positive actions and collaborations (see Ahmadis and Atheists for Freedom of Conscience). Sure, I don’t find many Islamic beliefs tenable, but there is a time when challenging ideas is surpassed by accepting that people will always believe different things. Even if you place stock in the ideas Ayaan Ali is trying to change, I still think we can find ways of working with each other to better the world.

Kile Jones is an atheist involved in inter-faith dialogue who works towards building bridges between non-believers and religious persons. He is also the founder of “Interview an Atheist at Church Day” and Claremont Journal of Religion. His twitter is @KileBJones

Like Loading...
‹ I Come From a Long Line of Beautiful, Strong and Capable Women by Jassy Watson
Popeye as Deity by Barbara Ardinger ›