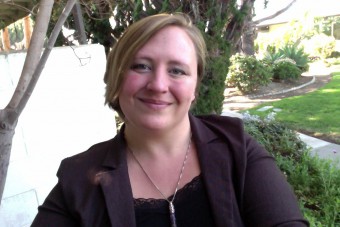 I love reading fiction, particularly science fiction and fantasy literature. However, since the birth of my daughter I have been pondering the stories we tell and the language we use a great deal; and I have begun to feel a little bit like my ‘fun’ reading almost always involves some kind of compromise. For instance, when I first started reading  Song of Ice and Fire by George R. Martin (the series which inspired the HBO hit series Game of Thrones), I greatly enjoyed the series. The five competed books are ripe with intrigue, complex interpersonal and political relationships, the rebirth of magic in a world, and characters you love to hate. But, continuing to read and watch this series unfold, I have grown to suspect that Martin may hate women because he seems to punish them over, and over, and over again. The most recent book, A Dance with Dragons is so full of sexual violence it is actually hard stomach.

Of course, The Song of Ice and Fire is an extreme example from a series well critiqued for its patriarchy and violence. But let’s consider another series hailed for its strong female protagonist, said to challenge patriarchal norms: the Outlander series by Diana Gabaldon. The main character, Claire, is a woman out of time whose more liberated sensibilities challenge the past to which she has transported. I read the first book in this series, but found it, frankly, extremely rape-y.  Like so many romance novels, the protagonist is constantly threatened with sexual violence. And who is the sexual predator of the book? The hetero-patriarchal overlord who is seeking to exercise his unilateral control? Or, as reality might suggest, someone the eventual victim knew and maybe, even trusted? No. The rapist is homophobically depicted as one of only two homosexual characters; and the other gay male in the book, while not a rapist, is laughed about and ‘avoided by all the young boys.’

Discussing a different fantasy book, a dear friend of mine told me about how someone he knew, upon reading a racist characterization within the book, closed it and never picked it up again. An interesting idea. I found myself asking: what would happen if I refused to read any book that had a sexist characterization within it, or a racist one, a heterosexist one, a colonial one, etc.?

Now, I am not talking about books that critically deal with or acknowledge sexism or other aspects of kyriarchy. Neither am I speaking of the important act of pointing out and critiquing kyriarchal ideals within the vast history of Western literature and identifying oppressive codes in contemporary stories. What I mean to say is, what if, when I wanted to read for fun or simply for the pleasure of reading, I were to put down any book that demonstrated buy-in to kyriarchal ideas, overtly or even in micro-aggressive ways? I have flippantly responded to this question, “then, I may never read any piece of fantasy literature again.”

While a rather hyperbolic reaction, this stance is based in some important realities: according to many deconstructive theorists we cannot escape the domination coded into our language even if, as feminist theorists and theologians like Carter Heyward, Catherine Keller and Judith Butler have argued, we can refract and so, manipulate this domination. Yet, despite the ‘truthfulness’ of my response, the question, “could we just put the books down,” raises many other important questions.

In regards to the last question I list above, I find myself thinking about books I’ve read that I do consider anti-oppressive and liberative. Just this weekend I was reading a Huffington Post article about one of these series: Octavia Butler’s Earthseed books. Octavia Butler is an critically acclaimed writer who deals poignantly with issues of race, class, gender and sexuality within her science fiction narratives. Earthseed was an amazing series. I want to say I ‘enjoyed’ the three Parables she constructs because I did… but “enjoyed” also doesn’t seem quite the right word these texts.  When I started the series my sister actually warned me that I had to wait to finish reading all the books until I wasn’t pregnant anymore because I might find them too devastating in my hormonally driven heightened emotional state (I didn’t heed her advice by the way). The story is a hard one—so real, so violent, so terribly sad, comingling victory with terrible loss. Very good books, but not terribly fun—and deeply engaged with the kyriarchal narratives in which we live.

I believe that feminists have a responsibility to refract the narratives of oppression while remembering and living in the reality of our very close relationship to violence.  Which for me, means that we must continue to engage ‘compromised’ narratives in some ways… though in what ways and to what extent depends upon a great deal of factors.  I would love to hear your thoughts on this issue.

I’d love to hear about the feminist books you love and enjoy; and about how you handle these questions as you negotiate reading for fun and the sometimes compromise this entails.