Home › Childbirth › Get Compassion: Reflections on Childbirth and Privilege by Katey Zeh

Get Compassion: Reflections on Childbirth and Privilege by Katey Zeh 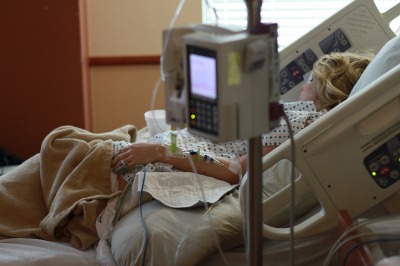 Jessi Klein wrote an Op-Ed in last Sunday’s New York Times entitled “Get the Epidural” in which she takes on the arguments for “natural” childbirth and makes an astute point about its premise: “It’s interesting that no one cares very much about women doing anything ‘naturally’ until it involves their being in excruciating pain.”

Thinking back to the months leading up to my daughter’s birth, I remember occasions similar to the one Klein describes in this article in which I was asked about my pre-natal care and plans for the birth, though admittedly they did not often come from strangers in the grocery store line. While Klein’s response was different from mine (I birthed without pain medication, and as you might have guessed from the title, she planned for an epidural), we each experienced feeling judged by others when they heard about our intended plans for birthing.

Klein alludes to this childbirth debate as symptomatic of our increasingly competitive culture around motherhood. I agree with her. But I worry about what happens when we talk about birth as primarily a parenting event rather than a physical one. When we divorce our intentions for our babies from what we desire for our bodies.

As with any piece having to do with childbirth, this article made the rounds on my Facebook feed and incited the usual divisiveness that all social media posts seem to do, splitting my friends and acquaintances into those who felt affirmed by Klein’s words and those who felt silenced by them. My reaction was to applaud that we have the ability to make different decisions about our health care, and that no matter how we plan our births—or how they turn out in the end—that is something to celebrate.

In my attempt to be diplomatic, I also quickly overlooked the assumptions of privilege at play in Klein’s piece and in my own response. Let’s start with the concept of a birth plan. A plan assumes that different options are available and acquirable. I’ve often written about how my pregnancy was one of the times when I felt my white, educated, middle-class privilege most acutely. I was able to have an intervention-free birth in large part because my family could afford to pay a doula on top of covering the costly medical fees related to the pregnancy and birth.

I wonder among my circles of privileged parents, why do we occupy so much of our time and expend so much of our energy arguing over which school of medically-sound thought regarding childbirth is best when there are so many people who bring life into world with inadequate or no health care at all?

Years before I got pregnant I began working with faith communities as an advocate for the full range of reproductive health care needs that people have throughout their lives, including safe and respectful childbirth. I’ve spent a lot of time reading and retelling the biblical stories of women giving birth and comparing them to the stories of global women today who face enormous challenges in their labor and deliveries. Tragically each year hundreds of thousands of women lose their lives as they bring new life into the world.

Pieces like Klein’s remind me of how easily people like me get caught up in our own spheres of experience and become blinded by the privilege that affords us the ability to fixate on details of our own lives rather than turning our gaze toward the world’s immense suffering.

As a faith-based advocate for gender justice, I’m currently working on a book with the FAR Press called Women Rising in which I look at the lives of ten biblical women through the lens of our current struggles for women and girl’s freedom and well being around the globe. One of my chapters focuses on the story from the book of Genesis in which Rachel dies in childbirth, and another looks at Mary’s delivery of Jesus as the miracle of maternal survival. My hope is that those of us who identify with the sacred stories of the Jewish and Christian scriptures will re-encounter them in a way that leads us back to a place of compassion for one another rather than judgment.

Katey Zeh, M.Div is a strategist, writer, and educator who inspires intentional

communities to create a more just, compassionate world through building connection, sacred truth telling, and striving for the common good.  She has written for outlets including Huffington Post, Sojourners, Religion Dispatches, Response magazine, the Good Mother Project, the Journal for Feminist Studies in Religion, and the United Methodist News Service.  Find her on Twitter at @kateyzeh or on her website www.kateyzeh

Like Loading...
‹ “All Children Are Our Children” by Carol P. Christ
Misogyny in the Republican Party by Gina Messina ›