Home › Abuse of Power › “All Children Are Our Children” by Carol P. Christ

“All Children Are Our Children” by Carol P. Christ 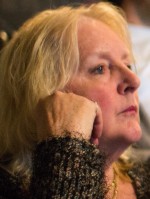 “All children are our children.” As I was posting my recent blog about the shooting of black men by the police, these words came into my mind with the force of revelation. At the time I was looking at a photograph of Philando Castile, taken at his place of work. Yes, I thought, my heart opening: “he is my child too.” This widening of the heart is at the center of the maternal values of ancient and contemporary matriarchal cultures around the world. It is a feeling some of us who were mothered well enough or who mothered children—including children not our own—carry within us. Is this the healing balm our world needs today?

Maternal  values?  So many of us turn up our noses at such a “gendered” term. Perhaps we were not mothered enough in our families of origin. Perhaps we still feel un-mothered. Perhaps we don’t want to be told that we have to become mothers. Perhaps we fear that if we become mothers, we will be only mothers—all of our other ambitions and desires will have to take second place.

The last is the reason I did not have children during the years when I put my career first. Though I did not ever have children of my own, there were many years when I put “motherhood” first in my life. I was second mother to my baby brother from the age of 10 ½ to 17 ½. During those years I also mothered all of the children in our neighborhood and prided myself on being their favorite babysitter. Yes, I was left alone with children from the age of 10 ½. However, my mother and other neighbors were never far away in case I needed help. Our lower middle class, wrong side of the tracks, 1950s post-war tract home neighborhood had many (though not all) of the aspects of the matriarchal community some (like our own Kate Bruner) are now seeking to recreate.

Maternal values? But weren’t the tract home suburbs exactly what I and so many of the women of my generation wanted to leave behind? Yes. To this day the very thought of a small three bedroom ranch style home in southern California makes my skin crawl. Why is that?

One of the main reasons is that my lower middle class non-intellectual  family and world were disparaged when I went to university, as were the maternal values that had nurtured me as a child. In university I learned that ideas are more important than embodied life and that for women, families are an impediment to success in the world. Not wanting to be disparaged for my class background or as a woman, I followed my professors’ lead: I set my sights on achievement in their world.

Needless to say, my mother experienced my choice as a rejection of her life. In many ways it was. However, I never fully turned my back on the world of my mother and my grandmothers. Deep down, I knew that it was their love and nurture that had enabled me to survive and thrive as a young girl who was quiet and sensitive, who climbed trees and read books. This inner knowing and remembering was one of the reasons I never became a full-fledged honorary member of the patriarchal club.

But, you may be asking, isn’t motherhood a trap? Under the conditions of patriarchy it has been. I certainly did not and would not choose to live in a home where the needs and desires of women and children always (to greater or lesser degree) are subject to the needs, desires, and whims of a father and husband who is assumed to know best. Nor do I accept the idea that maternal values belong in the home but not in the so-called “real” world.

But what if maternal values really did come first? Not just in the home—but everywhere? What if we were all taught—whether we were born male or female or intersex—that to love and nurture and be generous to others is the highest value? What if aggression was never honored or validated? Not in stories of war and warriors, not in toys or games, not in the schoolyard, not anywhere? What if care and compassion were the qualities we sought in all of our leaders? What if we all were taught to open our hearts to the world? Would domination, violence, and war be possible?

“All children are our children.” Affirming this, we can change the world.

Goddess and God in the World: Conversations in Embodied Theology with Judith Plaskow will be published by Fortress Press August 1. Order now to receive it as soon as books become available.

Like Loading...
‹ Nobody’s Disciple by Maeve Rhuad aka the Celtic Magdalen via Elizabeth Cunningham
Get Compassion: Reflections on Childbirth and Privilege by Katey Zeh ›