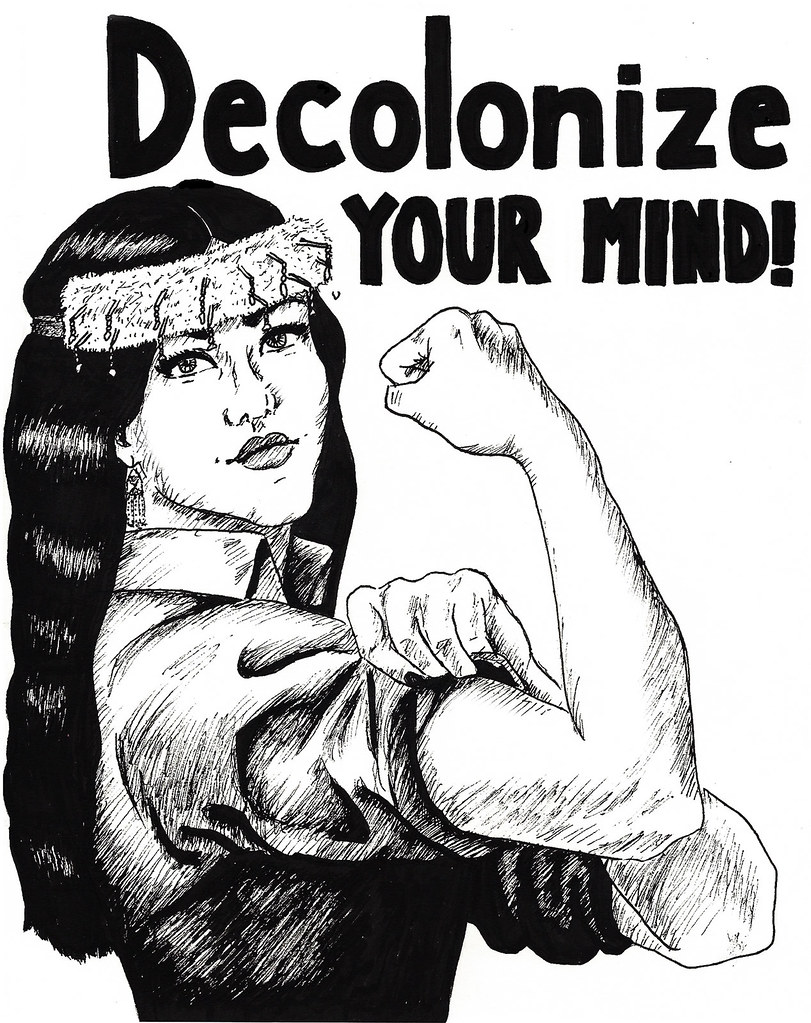 Progressive Islam(s) in the West, particularly in Canada and the US, have been defined as movements that primarily encompass Islamic feminism(s), LGBTQI affirming movements, anti-Conservative theologies, feminist theologies, women-centered liturgies, etc. From within this umbrella, we have seen calls to embrace women-led prayers, women-only spaces, LGBTIQ inclusive and affirming mosques and practices like ijtihad, which are said to be useful in breaking away from Conservative understandings of Islam. All in all, Progressive movements often depict themselves as “reformers” within a paradigm that is usually conceived to be dominated by Orthodox theologies and attitudes mainly driven by Saudi Arabia and Iran.

Let’s be clear. Leading figures of Progressive movements have experienced, and will continue to experience, different types of oppression by virtue of being Muslim, People of Color, Black folks, women, LGBTIQ, etc. and we take a stand firmly in solidarity with them. Nonetheless, acknowledging Progressive spaces are relevant and needed, this does not necessarily mean that these have encouraged the kind of radical thinking that is required to break down the barriers that oppression poses to Muslims in general.

To date, Progressive Islam(s) are led by academic figures and upper middle-class Muslims in Canada, the US, France and South Africa, among others. As one could say, Progressive Islam(s) are heavily housed in the Ivory Towers of West. Beyond the class issue, advocates of Progressive Islam(s) have done little to address ableism and mental health in the communities that are said to be “safe spaces.” It is not only the fact that Progressive Islam(s) are heavily represented by body-able people, but that there is little room to discuss issues that affect those of us who have navigated the spaces, including suicide, trauma, lateral-violence, and misogyny. In fact, numerous women and trans-women, particular those of color, continue to suffer harassment, violence, racism and marginalization from Progressive members, something that is often solved by mechanisms of discursive privilege: Alienating the person and sweeping off the issue under the rug.

To this, we add that white supremacy continues to go unchallenged in many of these settings. Not only are white voices still over-valued, but white women and white LGBTIQ members are often given the floor to represent Progressive movements over people of colour, Black folks and Indigenous people. And within all these attitudes epistemic violence, an incredibly colonial attitude, remains at the core of much of the work that is done in Progressive settings.

Yes, we know and we are familiar with the term, and we are going to talk about it.

The term epistemic violence has been used by numerous Indigenous and Black activists as well as decolonial scholars, including Walter Mignolo, to describe the process of “disqualification and simultaneous appropriation of ‘indigenous’ knowledge.” To this effect, epistemic violence within Progressive settings works by invalidating non-Arab or South Asian knowledge of Islam, by erasing other ways of knowing other than Western “rationality,” by promoting the voices of upper class Muslims, white women and LGBTQ folks and by policing the “Progressiveness” of anyone that walks into one of these spaces. At the same time, this epistemic violence entails the appropriation of the language of resistance and decolonization, developed by Indigenous, Latinx and Black people, which have become the sexy topic in Progressive spaces.

As Latin American Muslim women, epistemic violence is at the core of our experience.

In being Latin American we are not considered “real” Muslims. What is more, we are often shut down and told that we have nothing of value to offer to Muslim communities, as a whole, and to Progressive movements. Progressives, in later years, have appropriated the language of resistance that was born in the colonial borders of Latin America, the Caribbean, Turtle Island and Africa, without ever engaging in a meaningful way with the grassroots and academic work done by the people of these communities. Similarly, in recent years we have seen a rise in the language of decolonization from the very Progressives that overlook the ways in which our communities have done the work for over 500 years and have recorded it in academic journals for over 50.

Yet, above all, even when resistance and decolonization are being used in the Progressive rhetoric, the movements have largely neglected to deconstruct and analyze the ways in which Progressive Islam(s) have been coopted by the neoliberal state, so we wonder:

To engage in these practices, to allow neoliberal rhetoric to occupy Progressive spaces, to believe that Islamic feminism is useful by virtue of encouraging women to lead prayer, to endorse the idea the Progressives “know better” and to coopt the language of resistance and decolonization are practices of violence and erasure. These attitudes obliterate Indigenous, Latinx and Black epistemologies. They also tell women of color, particularly Black and Indigenous, and trans-women that their day-to-day issues of marginalization and violence come second to the right of upper class Muslim women to stand in front of a congregation.

They are also inherently anti-Black and anti-Indigenous by virtue of neglecting to recognize that Progressive movements are largely taking place in occupied and settler lands that have histories of colonization, genocide and slavery. And ultimately, are violent to those doing work on the ground… those who do not have the privilege to have their own mosque, their own academic journals, their invites to the White House, their all-paid conferences in all-inclusive resorts and such…

So, let’s talk: What is Progressive in all that?

This article have been co-authored by:

Vanessa Rivera de la Fuente is a social communicator, writer, mentor in digital activism and community educator in gender and capacity development. She has led initiatives for grass roots female leaders’s empowerment in Latin America and Africa. She is an intersectional latin muslim feminist in the crossroads between Religion, Power and Sexuality. Her academic work adresses Feminist Hermeneutics in Islam, Muslim Women Representations, Queer Identities and Movement Building. Vanessa is the founder of Mezquita de Mujeres (A Mosque for Women), a social media and educational project based in ICT that aims to explore the links between feminism, knowledge and activism and highlights the voices and perspectives of women from the global south as change makers in their communities.

Eren Cervantes-Altamirano is Binnizá (Zapotec Nation) from Mexico. She is a convert to Islam, and has worked extensively on issues of gender, sexual violence and violence against women within Muslim, Latinx and Indigenous communities both in Mexico and in Canada. Eren is currently completing a MA in Public Administration and conducting research on Canada’s international development projects in Latin America and Africa targeting Indigenous communities. Her work has been published at Muslimah Media Watch, Love InshaAllah, Ishqr, The Tempest and in her own blog, Identity Crisis, among others.

Like Loading...
‹ Knowing the Live Oaks: Finding the Balance Between Historicity and Inspiration in Neopaganism and Goddess Spirituality by Christy Croft
Sex, Death and the Gods (Part I) by Vibha Shetiya ›