Home › Activism › She is Here by Mary Petiet

She is Here by Mary Petiet 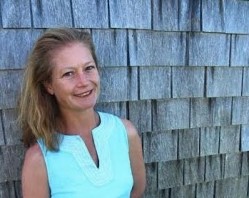 On the morning of January 20, 2017, the world watched Donald J. Trump stand on Capitol Hill for inauguration as the 45th president of the United States. He did not stand alone. Timothy Michael Dolan, Catholic cardinal and archbishop of New York, also stood, and he invoked the divine feminine as he opened the inaugural ceremony with a recitation of King Solomon’s prayer from the Book of Wisdom.

As Dolan stood before the capitol building, which houses the US congress, he called upon the divine feminine with the words:  “Now with you is wisdom, who knows your will and was there when you made the world, who understands what is pleasing in your eyes, what is conformable with your commands, send her forth from your holy heavens. From your glorious throne, dispatch her that she may be with us and work with us, that we may grasp what is pleasing to you. For she knows and understands all things and will guide us prudently in our affairs and safeguard us by her glory.”

Above Dolan, above the inauguration, soared the rounded womb-like Dome of the Capitol, the spiritual center of American power, topped by the statute of Columbia, female symbol of freedom, bearing a sheathed sword and the laurel wreath of victory. Within the dome’s painted interior, which depicts scenes of George Washington’s mythic ascension to heaven, the first president is flanked by the goddesses Victoria and Liberty, and Columbia again appears, now defending democracy from tyrants and kings, her sword drawn, her shield bearing 13 stars and stripes raised. Ceres, goddess of agriculture is there with her, and Minerva, goddess of wisdom.

Across The Mall stands the Washington Monument, the obelisk piercing symbol of the masculine, which works to balance the womb-like bowl of the dome. Just one day after the inauguration, one day after Dolan called upon the divine feminine, The Mall between the dome and the Washington Monument was filled by women, as millions marched world-wide to defend their rights in a climate turned frighteningly reactionary in what is hopefully the last gasp of patriarchal rule, the swearing-in of the 45th president.

She is here, defending us from tyrants and kings, and maybe the silver lining in these times is our awakening to her presence, and our vital work is finding the balance between her and the unchecked masculine running rampant and destructive through our culture.

Between 3.3 and 4.6 million people participated in the Women’s March in America, and overseas 300,000 more marched from Antarctica to Iraq. The marchers included women, children, and the men who support them. They poured from The Mall, the balanced space between the dome and the Washington Monument, to the world, and they embodied a massive surge of the divine feminine in peaceful assertion and affirmation of the life giving, nourishing principles society needs if it is to continue in any meaningful way.

She is here. “Set her forth from your holy heavens.”

It is unlikely the newly inaugurated president is aware of the absolute significance of this moment. He is probably unaware he embodies the masculine principle in its most destructive form, and that right now he is holding a mirror before America, and this mirror is reflecting America’s darkest image, and this darkness, instead of begetting further darkness, is ultimately the agent of positive change. The darkness projected is so extreme it calls the forth the feminine to restore the balance, to soothe the rage, to midwife a new era of balance from what are hopefully birth pangs instead of death rattles.

“…dispatch her that she may be with us and work with us, that we may grasp what is pleasing to you. For she knows and understands all things and will guide us prudently in our affairs and safeguard us by her glory.”

In the short amount of time since the inauguration and the march, women across the country have organized themselves into hundreds of grassroots groups to support each other and to support what is right in our society. Groups are meeting to share stories of the march, groups are forming to take action against what appears to be the federal dismantling of society as we know it. They are sending postcards to their representatives, calling their offices, and gathering to protest and march yet again.

This is the divine feminine working through us and within us. Each of us, male and female, embodies the life asserting principles of the feminine, and these healing principles have been called forth from Capitol Hill by the Archbishop of New York’s reading from the Book of Wisdom. They have emerged to counter the stark reality reflected in the mirror image, and they are the basis of the countless actions being taken now, by the people, in the name of what is right.

Now is the time, we are the solution, and she is us.

Mary Petiet is a writer, reporter and story teller. She has been published in several anthologies, journals and magazines. Her book Minerva’s Owls (Homebound Publications, April, 2017) remembers the divine feminine to re-envision the world.

Like Loading...
‹ After the WOMEN’S March…What Do We Do Now? by Marie Cartier
Despite Hollywood’s Activism, the Oscars are still White by Anjeanette LeBoeuf ›