Home › General › Despite Hollywood’s Activism, the Oscars are still White by Anjeanette LeBoeuf

Despite Hollywood’s Activism, the Oscars are still White by Anjeanette LeBoeuf 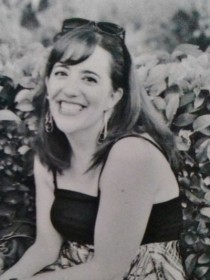 Activism and Politics have had a complex relationship with Hollywood. Now more than ever actors, directors, and many more associated with the media industry are using their voices, their positions, and their money to causes, political parties, and movements. More and more groups and reports are being generated stating the power of positive representation and even of the necessity of forward progress. Yet, despite the pressure and call for action, there still is heavy resistance, which can be most clearly seen during award season.

Another year and another Academy Awards show plays out politics, resistance, and movement (forward and the ever-constant backward slide of regression). For the third year in a row, the hashtag trend and movement #Oscarssowhite has caused people to boycott watching the award show, as well as refusing to pay money to watch the movies which were nominated that portray little or no of diversity of race and gender. I myself have not watched the Oscars for the last two years and am still on the fence if I will be tuning in to watch the entire show.

This controversy, boycott, and movement all stem from the very fact that despite movies that embody diversity being made and receiving lauded praise and attention, they are looked over time and time again for white washed movies, actors, and directors.

Selma was only given two nominations and Belle was completely blocked out of the Oscars in place of all white directors and actors like Mad Max: Fury Road, The Martian, and The Revenant to name a few. It was not the case that movies that did not focus on white issues were not being made: they were and they were even being praised and celebrated at other award shows and making money at the box office.

This year: Hidden Figures, Fences, Moonlight, and Lion are all up for Best Picture – all of them feature people of color.

Whereas in the 2015 and 2016 Oscars, all 20 major nominations were given to white people, this year’s Oscars seem to finally breaking through the pale. On closer inspection through, this year’s Oscars, like many things in 2017, is not what it seems. Out of 6 nominations for Best Director, only one was given to a black man – and still no woman of color has been nominated in this category. Only 4 female directors have been nominated in the history of the Oscars. Only Kathryn Bigelow has received the award, in 2010, for the film The Hurt Locker which was largely a white film.

There are other discrepancies with the nomination designations given to people of color this year. Out of the four highly acclaimed films to choose from. only Denzel Washington received a Best Actor nomination. Only one woman of color was given the Best Female Actor nomination: Ruth Negga for the fantastic movie Loving (which did not receive any other nominations). 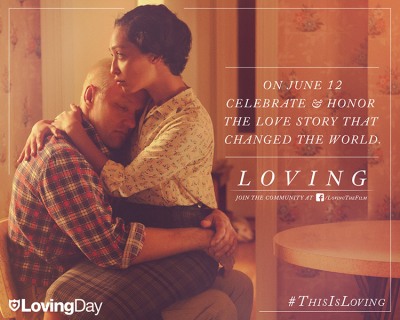 According to the Academy’s rules and regulations, it is up to the voting members to decide what deems a performance as lead and supporting. And as of 2012, the Oscar voters are 94% White and 77% male, which is not surprising as the Film Studio heads are 94% white and 100% male. These statistics have been highlighted and there has been a call for more diversity by both the Hollywood Diversity Report and the Geena Davis Institute on Gender in Media. The Geena Davis Institute is focused on making sure the representation of women in positive representations becomes one of the number priorities for Hollywood. Their tagline is “If she can see it, she can be it.” This ties into the recent push to get more girls into STEM programs (Science, Technology, Engineering, and Mathematics) and the resurrection of the real life contributions of educated and extremely smart Black women in our space program, which has been brought to life in the movie Hidden Figures.

When Hidden Figures was conferred the SAG award for Best Cast, Taraji P. Henson stated in her acceptance speech…

This film is about unity…The shoulders of the women that we stand on are three American heroes: Katherine Johnson, Dorothy Vaughan, Mary Jackson. Without them we would not know how to reach the stars…They are hidden figures no more!

We are living in a media age where movies, books, and plays can move mountains, can uncover the hidden players, and contribute to the struggles that ensure our progression, our forward movement as a society and as a culture. And yes it is still discouraging and disgraceful that the film academy has not yet begun adequately to reward and celebrate diverse, complex, and positive roles and movies for people of color.

But I have to mention that this award season has seen on the day of the ceremonies something worth praising. Presenters, winners, and attendees have voiced their protests, their views on acceptance, on tolerance, and on giving more roles to a diverse set of people. Meryl Streep’s now infamous speech censoring the current President (I won’t even give him the designation of “He Who Shall Not Be Named” so as not to taint the wonders of J.K. Rowlings works) has been watched by many. Actors have broken scripts to talk about their views on the immigration ban, on supporting women’s rights, and about justice. Despite the ever-present awarding of white privilege, there are speeches which call for positive, complex female characters, diverse casts, and now more than ever freedom of press.

#Oscarssowhite is still alive and well, yet people are finding more and more ways to make, produce, and distribute multifaceted movies which hopefully means that one day the only choices to be nominated will be of a rainbow nature.

Anjeanette LeBoeuf is a Ph.D Candidate in Women Studies in Religion at Claremont Graduate University. Her focuses are divided between South Asian religions and religion and popular culture. She has become focused on exploring the representations of women in all forms of popular culture and how religion plays into them. She is an avid supporter of both soccer and hockey. She is also a television and movie buff which probably takes way too much of her time, but she enjoys every minute of it. Anjeanette has had a love affair with books from a very young age and always finds time in her demanding academic career to crack open a new book.

Like Loading...
‹ She is Here by Mary Petiet
Reflections on Death, Evil, and Divinity by Carol P. Christ ›