Home › Activism › Sometimes I Think I Am a Voice Crying in the Wilderness … by Carol P. Christ

Sometimes I Think I Am a Voice Crying in the Wilderness … by Carol P. Christ 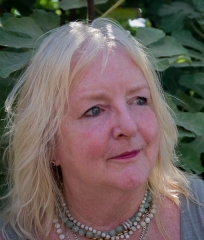 Just last week I was dumbfounded when an acquaintance told me that his philosopher partner calls a woman leading a workshop on labyrinths “a tree hugger.” “What,” I wanted to say, “is wrong with being a tree hugger? Are we not all interdependent in the web of life? Why should we imagine that trees or the cells of trees have no feelings at all?” But the tone of contempt and dismissal in the man’s voice told me that I would only be creating another “fuss,” the kind that can make me persona non grata among the ex-pats in my village.

Moreover, I could not have made my point simply. I would have had to discuss Plato’s assertion that the mind of man is destined to rise above the body and nature and modern science’s conclusion that nature is mere matter for man to use as he chooses. I might have needed to cite Susan Griffin or indigenous worldviews. This could have been a very long discussion indeed.

A few days later, a friend’s daughter told a group of us—professors and journalists and artists—that she did not change her last name when she got married in Greece a few years ago. Her mother and I immediately interjected that in fact, in Greece, the family law code of 1983 states that a woman will keep her own name for all legal purposes when she marries. At the time of marriage in Greece, the couple chooses what name they will give their children: his name, her name, or a hyphenated name. A male professor at our table immediately responded, “That is just as bad as making a woman take her husband’s name. It should be a matter of free choice.”

I was about to respond that the reason the Greek family law requires a woman to keep her own name is that “choice” is rarely “free.” The authors of the family law recognized that, given the patriarchal nature of the Greek family and the centuries of patriarchal laws requiring women to change their names at marriage, a woman’s choice on her wedding day would most likely be constrained. She might feel pressured by her husband or in-laws to change her name. She might feel that it is better to take her husband’s name so there is one “family” name—without knowing that the origin of this “custom” is to be found in the idea that a wife is her husband’s property.

The intent of the revised Greek family law is not to enable a woman to make a choice at the time of her marriage, but rather to take affirmative steps to ensure women’s equality in the marriage. Similarly, the 1983 family code states that husband and wife shall be equal in marriage. It does not give the couple the opportunity to “choose” that the husband should make all of the decisions or to have the right to beat his wife and children if they disagree with him. The 1983 family law code also outlaws the dowry, which had been an important part of marriage negotiations between families for centuries. If the law had simply said that families could “choose” whether to give a dowry, the custom would have continued.

I was about to say all of that when the other women at the table murmured and nodded affirmatively towards the professor, so I held my tongue. I could see that I would get no support if I challenged him and that I would once again be categorized as making a “fuss” where none was necessary.

This brings me to US Representative Barbara Lee of California. Sixteen years ago, following 9/11, she cast the only vote against the Authorization for Use of Military Force against Terrorists (AUMF), arguing that this law would allow the President and his cabinet to pursue “endless war” with no oversight from Congress. Though there were those who said at the time, “Barbara Lee Speaks for Me,” Representative Lee was viewed as making a “fuss” over nothing by her colleagues.

I believe it can sometimes be the wiser course to hold your tongue. There is a time and place for conversations about fundamental values. Still, being silenced or silencing yourself has its own costs. This is why I am speaking out now, even though I chose not to “pick a fight” on two occasions this past week.

Barbara Lee’s persistence reminds us of the value of making a “fuss”—even when it feels like you are crying in the wilderness!

Join Carol  on the life-transforming and mind-blowing Goddess Pilgrimage to Crete. Space available on the fall tour. It could change your life!

Like Loading...
‹ Wickeder and Wickeder by Barbara Ardinger
Making America What Again? Reflections for the 4th of July by Sara Frykenberg ›