I’ve been part of an exciting online community for the past 1.5 years called Progressive Asian American Christians (PAAC) that was founded by two women: Lydia Shiu, a pastor (at City Church San Francisco) who originally created the PAAC Facebook group, and Liz Lin, a writer whose viral blog, “The Loneliness of the Progressive Asian American Christian,” is largely responsible for populating it.

PAAC is a community for socially, politically, and theologically progressive Asian American Christians (of East, Southeast, South, and West Asian descent, as well as Pacific Islanders and Native Hawaiians) to support each other and talk about faith, identity, and current events.

We’re so happy you’re here! We love how this community is growing and how we’re supporting and encouraging each other. You can find our community guidelines here: https://goo.gl/a5CUJR

“So… what exactly do you mean by progressive?” 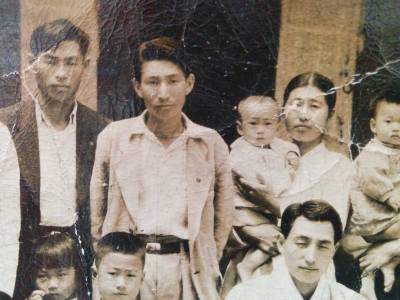 PAAC is an LGBT-affirming, feminist, justice-oriented, anti-racist space that holds a wide range of theologies. If that sounds like you, hooray! Welcome home. We’re so happy you’re here and we hope you find this group to be a place for support, encouragement, and growth. If not all of those terms apply to you, you’re welcome here too. We’re happy you found us, and we hope this is a place where you can listen and learn and ask thoughtful questions. (If you want to argue those points, however, this is not the place to do it. There are plenty of other spaces where you can make your case, and we won’t subject our female and LGBTQIA+ members to questions about their equality.) And if you were added to the group but don’t think it’s for you right now, you’re welcome back anytime.

We also welcome folks who aren’t Asian American or Pacific Islander but are here to listen, learn, and support. If you don’t identify as progressive, Asian American (or of Asian descent), and Christian, we ask you to refrain from posting in order to keep the conversation centered on PAACs.

The group is now 5200+ strong and more active than any online group I’ve ever been a part of. PAAC grew quickly and then, almost just as quickly, spawned a number of subgroups based on affinities or interests (viz., Asian American Christians for Mental Health Advocacy, AAPI LGBTQIA+ Christians for self-identified LGBTQIA+ folks only, PAAC parenting) and local meet-ups in multiple cities (17 and counting), held a national conference last summer, launched an ongoing podcast, formed a 9-month international learning community called the PAAC fellowship with respected academics and mental health experts as the educators, and–my favorite–even rolled out a dating site (appropriately called “STUMBL”).

Since I joined last December 2016, I have begun many of my days reading or commenting on FB threads about all manner of topics at the intersection of Asian America and progressive Christianity. Recent threads include questions about decolonizing one’s faith, the role of Asian Americans in black lives matter (BLM), the #metoo movement and Aziz Ansari, alternatives for substitutionary atonement for “recovering” conservatives, and how Asian American athletes are faring in the Olympics, to name a few. I have learned so much already from my fellow PAACs.

Most recently, some 50+ members of PAAC have drawn upon their many talents to produce a daily online Lenten Devotional called #OurDailyRice. I myself can’t wait to check it out. 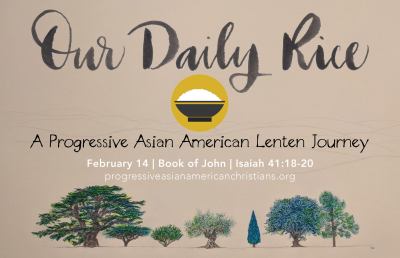 Where you are Asian American or not, I’d encourage any of you readers who identify as Christian to come take a look. They even have a way for folks to be e-mailed a daily devotional through a (free) subscription. Just follow these directions:

1)  Go to progressiveasianamericanchristians.org/blog/
2)  Scroll down
3)  Subscribe to the Lent Devotional on the right (under calendar)
4)  Confirm email
5)  Await for the daily reflection to make its way to your inbox

Grace Yia-Hei Kao is Associate Professor of Ethics and Co-Director of the Center for Sexuality, Gender, and Religion at Claremont School of Theology. She is the author of Grounding Human Rights in a Pluralist World (Georgetown University Press, 2011) and co-editor, with Ilsup Ahn, of Asian American Christian Ethics (Baylor University Press, 2015). Learn more about her and her work on her personal website.

Like Loading...
‹ Children of German Immigrant Farmers in Cherry Ridge: American Stories by Carol P. Christ
Gifts from the Sea by Molly Remer ›