Approach the Taking of Life with Great Restraint by Carol P. Christ

Walk in love and beauty.

Trust the knowledge that comes through the body.

Speak the truth about conflict, pain, and suffering.

Take only what you need.

Think about the consequences of your actions for seven generations.

Approach the taking of life with great restraint. 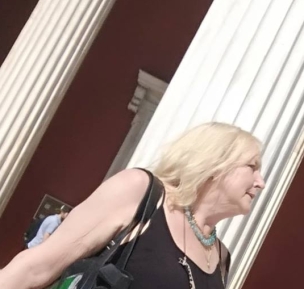 In Rebirth of the Goddess, I offered Nine Touchstones of Goddess Spirituality as an alternative to the Ten Commandments. The Nine Touchstones are intended to inform all our relationships, whether personal, communal, social, or political.

The seventh touchstone asks us to approach the taking of life with great restraint.

We have been taught that warfare is inevitable and necessary. While we remember soldiers killed in war in with memorial monuments and national days of mourning, we rarely remember that women and children are the primary victims of war. Rape has always been an “ordinary part of war.” So has slavery.

When the gang rape of Bosnian women by Serbian soldiers was reported several decades ago, the world reacted with horror. What was not reported was that soldiers have been told that it is their right to rape women as the spoils of war from the beginning of recorded history. Rape as part of war is not questioned in the Bible nor in the so-called foundational work of western culture, the Iliad. The rape of German women by Russian soldiers at the end of the Second World War is one of the unreported crimes of the twentieth century.

Slavery too has been an ordinary part of war, a practice that modern nations no longer officially endorse. Nonetheless, women fleeing wars in the twenty-first century are recruited into sexual slavery. Told they will be given a jobs as waitresses or dancers, their passports (if they have one) are confiscated, they are raped into submission, threatened with death if they resist, and then turned out to satisfy the sexual desires of men in foreign countries.

The historian Howard Zinn, who was a pacifist, argued that the three “great” and “necessary” wars celebrated in American culture were neither great nor necessary. Canadians did not rebel against the British, and they are doing just fine. The Civil War was fought to end slavery, but it did not effectively end it: violence and injustice directed against former slaves continues up to the present day, and in many cases is practiced by or justified by the state. We are told that the Second World War was the war to end all wars, but it was not. We are told that it was fought to end the Holocaust, but saving Jews was not a priority of the Allies. We are told that it was fought to end fascism, but fascism is taking hold once again in Europe, and, some would say, in America as well.

In addition, warfare has shaped the understanding of masculinity. Boys are taught that they must learn to fight and that boys should never cry. In military training, young men who resist these ideals are “humiliated” by being called “girls,” “sissies,” and “faggots.” Men and boys are taught a toxic masculinity. Rape culture is created. The birth of the United States in a bloody war has been cited as one of the reasons for its gun culture.

Is war ever necessary? There may be cases in which it is, but I say that we should always be skeptical. There must be a better way.

Still, we cannot live without taking other lives, whether those of animals and plants,. Most traditional peoples ate far less meat than we do. In Greece up until recently, meat was eaten only on special occasions, while the everyday diet consisted of bread, olive oil, greens, beans, summer vegetables and fruits, and cheese. Today the production of meat in factory farms inflicts great cruelty on animals. Feeding them leads to the destruction of forests to create farmland and takes fertile land out of production for human communities. Seas are over-fished, and soon there may be very little life in them. To become vegetarian or vegan may be the most ethical choice in our time. An important step in this direction is to think about how the meat we eat is produced and to recognize that we do not need to eat meat at every meal.

Recently United States Supreme Court Justice Sonia Sotomayor said that the death penalty is “barbarism.” Roman Catholic Pope Francis declared execution contrary to Church principles. In the United States those sentenced to the death penalty are likely to be black, poor, and not well-represented by their lawyers.  The death penalty has been abolished in almost all European countries. It is time for America to do the same.

The Pope who was praised for opposing the death penalty considers abortion to be the taking of human life. He also opposes birth control, and his Church works tirelessly to prevent women and girls around the world from having access to it. Opponents of abortion like to portray women who choose abortion as indifferent to human life. This begs the question of whether fetal life should be considered human life. The Supreme Court of the United States decided that fetal life becomes human at the point when it can live outside the womb. If this is so, then abortion should not be considered the taking of human life. Moreover, studies show that when birth control is readily available, abortion rates drop. This suggests that, in most cases, women and girls approach the taking of fetal life with restraint: they would prefer to prevent conception.

The seventh touchstone asks us to approach the taking of life with great restraint.

Also see: Ethics of Goddess Religion: Healing the World , Nurture Life: Ethics of Goddess Spirituality,  Walk in Love and Beauty: A Touchstone for Healing,  Trust the Knowledge that Comes through the Body: Heal Yourself, Heal the World,  Speak the Truth About Conflict, Pain, and Suffering, Take Only What You Need, Think About the Consequences of Your Actions for Seven Generations

Carol P. Christ is an internationally known feminist writer, activist, and educator currently living in Lasithi Prefecture, Crete. Carol’s recent book written with Judith Plaskow, Goddess and God in the World: Conversations in Embodied Theology, is on Amazon. A Serpentine Path: Mysteries of the Goddess is on sale for $10.98 on Amazon. Carol  has been leading Goddess Pilgrimage to Crete for over twenty years: join her in Crete. Carol’s photo by Michael Bakas.

Like Loading...
‹ Lessons from Shofetim by Ivy Helman.
Medieval Torture Devices and the Goddess by Colette Numajiri ›