Home › abuse › When Violence is Normal and Normalized by Carol P. Christ

When Violence is Normal and Normalized by Carol P. Christ

“No Whips, No Punishments, No Threats: Women’s Control of Social Life” is the title of one of the chapters in Iroquoian Women, Barbara Alice Mann’s stunning reconstruction of female power in a matrilineal society. According to Mann, the European settlers were “unsettled” by the lack of strict punishment systems for children in Indian societies. “Spare the rod and spoil the child” was the backbone of European child-rearing practices. The settlers viewed Indian children as naughty, disobedient, disrespectful, and horror of horrors: self-possessed.

It is perhaps no coincidence that after reading this chapter, bodily memories of violence inflicted on me as a child began to resurface. My strongest bodily memory is of being hit repeatedly on my left upper arm by my younger brother’s fist. It is as if my arm is still stinging in that particular place. My mother wanted us to play together, but when we did, we usually ended up fighting. My brother, who was two and a half years younger, was later diagnosed with dyslexia and given “little red pills” to help him control his temper. I was a quiet child (there must have been reasons for that too), and though I soon realized that if I hit back I would only be hurt more, I learned to use my tongue against my brother. This too was a form of violence and my brother remembers my cruelty to this day. Once when I asked my mother what she wanted for her birthday, she responded, “Two children who do not fight.” I didn’t even try to give her that because I didn’t know another way.

Violence was also inflicted on me by my parents. My mother occasionally lost her temper and spanked our bottoms when we were little. But as in many families, she more frequently told us: “Wait till your father gets home.” When our father got home, we were told to take down our pants and lie across his lap while he struck us with his open hand or his belt. This continued until we reached our teens. Because this punishment was considered “normal” when we were growing up, and because my father was never out of control when he struck us, I did not recognize spanking as “violence” until Rita Nakashima Brock named it as such in Proverbs of Ashes. Only now am I beginning to recognize the element of sexual humiliation in the command to take down our pants. 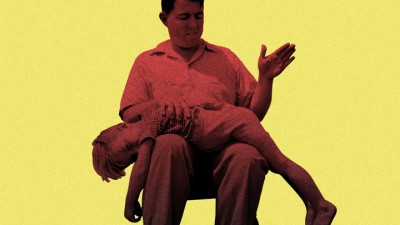 Child-rearing practices are changing in the United States, but a recent study shows that 41% of US parents admit to spanking their children, with that number rising to 62% in the South: more than half of all parents approve of spanking. Studies have shown that children who are spanked die at a younger age of cancer, heart disease, and respiratory illness and that spanking is associated with later anxiety and depression as well as with anti-social behavior including violence against intimate partners and children.

I have had cancer (fortunately detected early and with no reccurrence). I suffered from depression in my twenties and thirties. Although I do not have respiratory illness, to this day I tend to breathe shallowly. Was I a quiet child because I been told I had no right to speak or take up space? Did I struggle to gain “self-possession” because it had been beaten out of me?

Memories of violence inflicted on my body surfaced again in recent discussions here on FAR of the warrior archetype. I took what seemed to be the minority position of rejecting all forms of the warrior archetype including women warriors, spiritual warriors, and warrior Goddesses. I believe all of these images project the idea of harming someone. Sometimes that someone is depicted as evil. In ascetic traditions spiritual warriors attempt to subdue the body and its passions; in some Buddhist traditions it is the ego that is slain. While writing these words today, I reach for the sweet halvah on my desk to comfort the feelings of distress in my body.

According to Barbara Alice Mann, it is true that Indian children were not punished, but it is not true that they were given no moral or social direction. Indian mothers taught their children right from wrong by loudly praising good or socially acceptable behaviors and loudly condemning bad or socially unacceptable behaviors. This system worked because children exhibiting kindness, generosity, and co-operation were embodying the highest social values of their culture, expressed in their myths and legends and understood by everyone.

We, in contrast, are in a much more difficult situation. Parents who do not spank their children and who attempt to teach them not to fight with each other or to inflict violence on others are living in larger cultures in which is violence normalized and widely assumed to be the only way to resolve conflicts. Parents who do not want their children to imbibe violence would have to prohibit them from watching most television shows and movies and from reading even the so-called great works of the western tradition. They would have to keep them out of schools and playgrounds. In recent weeks I received a number of surveys from progressive groups asking me about my priorities for the next election: not once has “ending endless wars” (the phrase is Congresswoman Barbara Lee’s) or reducing the military budget been included as one of the choices.

There must be another way. Iroquoian Women shows us that another way is possible. Can we create it?

Carol P. Christ is an internationally known feminist writer, activist, and educator living in Crete. Carol’s recent book written with Judith Plaskow, Goddess and God in the World: Conversations in Embodied Theology, is on Amazon. A Serpentine Path: Mysteries of the Goddess is on sale for $9.99 on Amazon. Carol  has been leading Goddess Pilgrimage to Crete for over twenty years: join her in Crete. Carol’s photo by Michael Honneger.

Listen to Carol’s a-mazing interview with Mary Hynes on CBC’s Tapestry recorded in conjunction with her keynote address to the Parilament of World’s Religions.

Like Loading...
‹ “Renewal?” 2019 by Sara Wright
Longing to Heal Family in our Differences and Distances by Lache S. ›