Persephone’s Return and the Lesser Eleusinian Mysteries by Deanne Quarrie 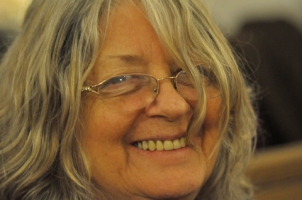 Many of us are quite familiar with the story of Persephone and Demeter, the Greek myth behind the changing of seasons each year.

“The story basically goes that Zeus arranges a marriage for Hades, the God of the Underworld and the Dead. Zeus gives Persephone to him. Persephone is gathering flowers in a field when she is tempted by the sight of a narcissus. The flower, however, is a trap set by Gaia, acting on the instructions of Zeus, and when Persephone picks the flower the earth opens and the god of the underworld, Hades, also known as Pluto, kidnaps her and rapes her. Only Hecate, a daughter of Rhea, and Helios, the sun god, hear Persephone’s cries.

For nine days, Demeter wanders throughout the world searching for her daughter, carrying blazing torches and neither eating, drinking or washing. No one, god or mortal, comes to aid her.

On the 10th day, Hecate and Helios finally tell her what has happened. Demeter flees Olympus in anger and wanders the earth unrecognized until She comes to Eleusis.” (excerpt from Eleusinian Mysteries, Charles River Editors) 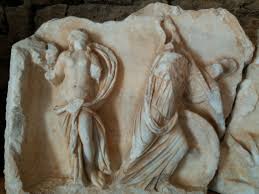 After a time, Hades agrees to allow Persephone to return but only after offering her a pomegranate to eat. Legend has it that how many seeds she ate determined how long she would have to stay in the Underworld with Hades.  Some accounts say she ate four seeds, others say six seeds.  Here where I live four seems accurate as that is about how long our winter lasts. At any rate, that meant she could live with Her mother, Demeter part of the year but had to return for those 4 or 6 months each year to be with Hades as Queen of the Underworld.

When she is permitted to leave the Underworld, it is Hekate who comes to get her and leads her from the Underworld back to her mother, Demeter.  This return traditionally happens in the spring. Hence the return of growth and abundance once more upon the Earth.

This story was celebrated in Greece, in what are called the Eleusinian Mysteries from 1600 BCE to 392 CE. The Lesser Mysteries occurred in the spring and lasted seven days and the Greater Mysteries were in the fall, lasting nine days.  The word “mystery” meant secret and those attending these rites were prohibited from telling what went on under penalty of death.

Most often the story is told at the Spring Equinox. Actually, it was in mid to late February on the 20th day in their month of Anthesteria. This year they would have begun on the 25th of February and ending on March the 3rd.

The first day: beginning on this day until the twenty-sixth day, the Lesser Eleusinian Mysteries were celebrated.

According to tradition, these Mysteries began when Hercules came to Eleusis when about to embark for his twelfth labor – the capture of Kerberos, the three-headed guard dog of Hades.

“A twelfth labor imposed on Hercules was to bring Cerberus from Hades. Now this Cerberus had three heads of dogs, the tail of a dragon, and on his back the heads of all sorts of snakes. When Hercules was about to depart to fetch him, he went to Eumolpos at Eleusis, wishing to be initiated. However, it was not then lawful for foreigners to be initiated: since he proposed to be initiated as the adoptive son of Pylius. But not being able to see the mysteries because he had not been cleansed of the slaughter of the centaurs, he was cleansed by Eumolpus and then initiated.” (excerpt from Apollodorus, The Library, Book Two – The Twelve Labors of Herakles)

The second day: the rites of these mysteries were known as the Myesis. The exact days in which the rites were made are subject to debate but what we know are from fragmented sources like friezes and ceramics.

Would-be initiates had to be pure and as such they would sacrifice piglets to Demeter and Persephone on a low-lying altar used for offerings and sacrifices to the chthonic [Earthly] Deities. Along with this, the initiates also took a bath in the Illisos River.

The third day: during the rites of the mysteries, the initiates poured a libation of lustral spring water on the altar. As the libation was made to honor chthonic deities.

Other offerings like pomegranates, cheese and pastries, common offerings given in the Greater Eleusinian were also likely given to the goddesses, Demeter and Persephone.

The fourth day: the rural festival of the Diasia was celebrated at Agrai to honor of Zeus, the Kindly One.

The Diasia was an important part of the Lesser Eleusinian Mysteries and featured placation and purification rites. By making offerings and sacrifices to Zeus, the supplicants were able to break curses.

Unlike most public festivals, the Diasia welcomed the people who lived outside the city walls. The people gathered stones during this festival and made make-shift altars in honor of Zeus who was given pastry and bread offerings in the shape of animals like sheep and pigs.

A libation was also made and come the end of the festival the celebrants took part in feasts.

The fifth day: During the rites the initiate would sit on a bench covered in a fleece known as the “fleece of Zeus.” The initiate’s back and face was covered with a cloth hindering his or her ability to see.

Rams were a common sacrifice to Persephone, and as such it was likely that the Fleece of Zeus was that from a recently sacrifice animal.

The sixth day: during the rites of the Lesser Mysteries, a liknon was used to fan the priestess. A liknon was a type of basket used by farmers to separate the wheat from the chaff.

The liknon was fanned towards the priestess over the initiate’s head, thought to symbolize the separation of the soul from the body.

After this ritual the initiate was led to the temple where the sacred kiste was kept, the contents of which were only to be revealed to the initiates during the Greater Mysteries.

The seventh day: it is said that the initiates were purified by three classical elements, that of water, air and fire. These likely refer to the use of water for bathing and libations; the fanning of the liknon over the initiate’s head symbolized air and the torches and burnt sacrifices symbolized fire.

From what we do know and can see from these descriptions, the Lesser Mysteries were all about purification, cleansing and the making offerings to the gods to be in their good graces.  All this perhaps as preparation for the return of life, new growth and abundance in their lives.

I have read that the actual return of Persephone was in the early autumn when it was time to plant the seeds for the wheat crops.  Those seeds would remain dormant, I would think, because that was the beginning of the dormant time of year in Greece.  Whether her return was in the early spring or in the early autumn, participants were undergoing initiation rites that included cleansing, purification and the offering of gifts to the gods.

With the Return of Spring, let us also celebrate the blossoming around us. Let us give honor to Persephone, the Kore, Maiden of Spring with our own ritual cleansing and purification, a preparation for what is to come.

Deanne Quarrie. D. Min. is a Priestess of the Goddess. She is the author of six books. She is the founder of the Apple Branch where she teaches courses in Feminist Dianic Witchcraft and Northern European Witchcraft. She has recently opened Iseum Benedictus and is a hierophant in the Fellowship of Isis. She mentors those who wish to serve others in their communities. She is also an Adjunct Professor at Ocean Seminary College and is the founder of Global Goddess, a worldwide organization open to all women who honor some form of the divine feminine. She is currently working on her newest project, the creation of a Wiccan tradition, holding Hekate at the Center, called Hekate’s Tribe and is hoping to open at Samhain of this year.

Like Loading...
‹ Yoga, Resilience and Learning Self-Care by Marie Cartier
The Modern Problematic Nature of the Sabarimala Temple, Part 2 by Anjeanette LeBoeuf ›