Home › Activism › A Letter to Senator Feinstein by Sarah Robinson-Bertoni

A Letter to Senator Feinstein by Sarah Robinson-Bertoni 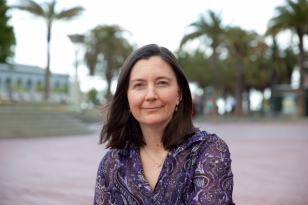 I distinctly remember celebrating the 1992 historic victory when you and Barbara Boxer were elected as the first female Senatorial duo from any state in the union.  My father brought my sister and me to an election party that evening at Gaia bookstore in Berkeley to watch the results trickle in.  We literally jumped for joy, proud that California could lead the nation in recognizing the full capacity of women to legislate effectively and to send you to Washington.  I never doubted that you would endeavor to represent me even though I was too young at that time to cast my own vote.

I am troubled by the recent media splash that showed your response to young people, who are rightly concerned about their own ability to have a future, represented in their intent to convince you to support the Green New Deal.  At a certain level, it doesn’t matter what name is on the legislation, but what does matter is the content.  Empirical reality, though undeniable in nearly the rest of the world, has been stymied here in the U.S. by those who profit from doubt and confusion.  It is time for more active leadership in government and business to steer away from the shore before the ship of civilization runs aground.

The function of democratic government is to protect people from harm, ensure domestic tranquility, and enable everyone to seek their happiness, but not at the expense of others.  Can we in good conscience deny these rights to our children?  Or any children who will ever live in the future?  In your office on February 22, children and parents came to you, clear on the empirical need for structural change, informed about the scientific work that gives our world another 12 years to crank the gear shift and find reverse on disastrous climate change.  Governments must act now in bolder ways than have been familiar, because incremental change will not do for our historical moment.

Their ability to live freely is at stake.  Their ability to eat, to breathe, to drink unpolluted water, to maintain their families with any sense of stability.  Scientific projections for our planetary future are stark and unforgiving if we fail to act with immediate, effective changes.  In fall 2018, the Intergovernmental Panel on Climate Change and the National Climate Assessment were more direct than ever: humanity must rise to the occasion of prevention now, or consign everyone’s children to watch their loved ones suffer extreme weather in what can be described as a veritable hell on earth.  The young people are the ones to hear, very closely, and the ones to represent, just as it has always been your job to listen to, represent, and amplify the voices of people rendered voiceless in our state and country.

I imagine that you are an expert at navigating Washington, D.C., politics at this point, and I have every confidence that you intend to do something meaningful during this term, in which you have been elected to serve.  Despite environmental concerns represented well by your opponent, I voted for you, hoping that your long tenure would prepare you to be most effective at this crucial moment in our global, national, state, and local environmental history.  Although incremental change may seem like the only politically realistic direction, I ask you to consider what it might be like to be a child in this youngest generation, waking up to how dire the situation is and realizing the gears of government are not greased for such agile movement as this situation requires.

If I were she, I would go to my elected representative and make my case as these children did.  Imagine what we could accomplish if we took the time to listen to girls and boys, to these future adults, to these young people whose vision is stronger than our own, who themselves have been making agile movements all their lives, learning what works well and what will not do.  If only all elected representatives could take a walk in their shoes and see the world through these brave young people’s eyes.

These kids need you in ways that you may never see.  The vision of how our legacy will be felt weighs on me, and I imagine it does for you, too.  In the words of Jimmy Carter from his religious roots, “I have one life and one chance to make it count for something… My faith demands that I do whatever I can, wherever I can, for as long as I can with whatever I have to try to make a difference.”

I honestly hope that you are already acting with your strongest commitment to protecting our most vulnerable to climate change and most politically voiceless in our state, country, and the world: our children.  Their voices must rise above the din of industry, the gears of government, and any other distracting noise.  We have everything to lose if we don’t, but everything to gain if we act decisively now.

Thank you for your time and commitment.

Sarah Robinson-Bertoni is a critical-constructive scholar of religion, environment, and civic engagement. Her qualitative, historical studies in comparative religious ethics consider moral leadership in eco-food, sustainable agriculture, and climate change resilience among contemporary Muslim, Buddhist, and Christian community locations. She teaches religious studies, sustainability, experiential learning for social justice, women’s and gender studies, and environmental studies at Santa Clara University in California. Her publications include chapters on Seyyed Hossein Nasr in Key Thinkers on the Environment (Routledge, 2018) and on eco-halal meat in That All May Flourish: Comparative Religious Environmental Ethics (Oxford University Press, 2018).

Like Loading...
‹ Liam Neeson and White Toxic Masculinity by Janet Maika’i Rudolph
Why Pro-Life Stops at Birth: Who Really Supports Life and Why by Winifred Nathan ›