Home › Activism › Poem: She Works Hard for the Money and a Working Class Dream by Marie Cartier

Poem: She Works Hard for the Money and a Working Class Dream by Marie Cartier 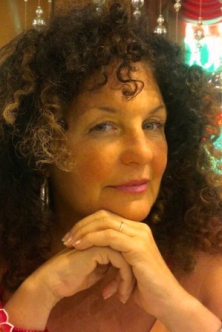 She works at a grocery store. She has two dogs and I have two dogs.
Our dogs like each other and we talk about going to the dog beach
together, but who can plan that? We’re lucky to run into each other in our own neighborhood.
“Hey, how are you?” “Tired. You know.”
So hard for the money

I do know. I teach six classes at two universities. My wife works freelance for an overseas company
in artificial Intelligence designing for humans to be obsolescent.
In the meantime, she has no time to sleep.
My neighborhood is all plumbing trucks, gardening trucks and vehicles that go to work.
People leave in the morning to make the world turn. And they come home late at night.

So hard for it honey. 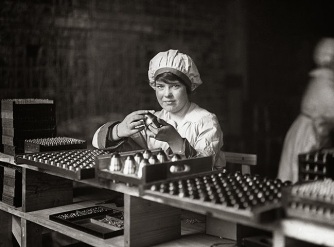 We are Denny’s late night after midnight. Our server seems exhausted by the register as I pay. I ask him when he gets off, he says six a.m. I sympathize hoping he can get some sleep. He says he’ll sleep from eight to one when he goes to his second job. He’s been doing that for two years. He wants sleep, he says. He’s says he’s saving up to own his own business and work only one job.

I’m proud to also be a worker. We work. We do whatever we do. Turning on the lights, freeing the water, raking the gardens, serving the food, teaching the kids, doing the books… working.
Making the world turn.
But you never see her cry.

And we get sick. And people die. And mortgages fail.
And people who make the world go around deserve better than they got.
So, you better treat her right. 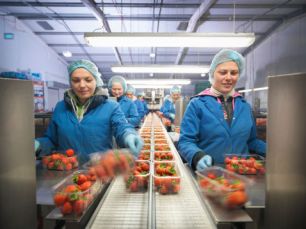 I think about next year. One year from now—2020. I want us. The workers. The worker bees.
The busy workers who do all the work. I want us driving that car. I want us in the driver’s seat.
I want us seen.

–Marie Cartier, November 2019
From the series, In These United States
*With thanks to Donna Summer and Michael OMartian for lyrics to She Works Hard for the Money

Like Loading...
‹ ERA—Equal Rights for Women—in the US: Has Our Time Finally Come? by Carol P. Christ
Persephone Rises by Sara Wright ›

Tags: Marie Cartier, She Works Hard for the Money