Home › Activism › Susan B. Anthony’s Bargain with the Devil by Carol P. Christ

Susan B. Anthony’s Bargain with the Devil by Carol P. Christ 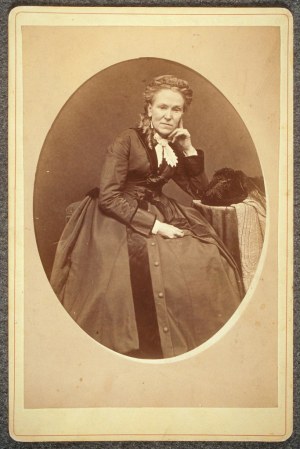 [T]he most grievous wrong ever inflicted on woman has been in the Christian teaching that she was not created equal to man, and the consequent denial of her rightful place in Church and State. –Matilda Joslyn Gage, Woman, Church, and State, 1893, page 1

Most readers of Feminism and Religion know that Susan B. Anthony and Elizabeth Cady Stanton were leaders in the nineteenth century struggle for women’s rights. Fewer will know that Matilda Joslyn Gage was widely understood to be Stanton’s equal as a theorist and Anthony’s equal as an organizer. The fact that Gage’s contributions have been lost to history can be attributed to Susan B. Anthony’s bargain with the devil.

If Anthony’s bargain had affected only the reputation of Matilda Joslyn Gage, that would be bad enough. But Anthony’s decision to merge the NWSA with the AWSA signaled that the women’s rights movement would cease and desist from its policy of naming and indicting Christian dogma as the source and cause of women’s subordination in the law in Christian countries. This decision meant that feminists would no longer have a clear understanding of the forces they were reckoning with.

When the AWSA proposed merger with the NWSA, it had recently accepted a large number of new members from the Women’s Christian Temperance Union. The WCTU’s leaders had come to the conclusion that if women were given the vote they would vote for prohibition. But their agenda did not stop there. They intended to introduce a Constitutional Amendment that would name Jesus Christ as “the author and head” of the United States government, to require Christian prayer in public schools, and to prohibit any public assembly on the Sabbath that was not organized by the church. (Many of today’s opponents of women’s rights would support these ideas.) The radical members of the NWSA were appalled and assumed that the merger would never happen.

But in 1889, Anthony decided that achieving the vote for women would require the support of Christian women. Knowing that Gage would lead the opposition, she arranged for her to be denied travel funding to attend the upcoming NWSA meetings, did not announce that the merger question would be on the agenda, personally selected committee members favorable to the merger, and introduced the question of the merger at 11 pm on the last day of the meetings, when many women, not knowing that anything important remained to be discussed, had already gone home.

Not surprisingly a great number of women protested, but it was too late. Gage went on to organize the Woman’s National Liberal Union, which once again indicted Christianity as “the chief means of enslaving woman’s conscience and reason,” calling for the separation of Church and State and opposing prayer and religious instruction in the schools. In 1893, Gage published her massive Woman, Church, and State. She died in 1898.

The first three volumes of the History of Women’s Suffrage, officially edited by Stanton, Anthony, and Gage, had been written and edited primarily by Gage and Stanton: Anthony was not a writer. After the merger of the AWSA and the NWSA, Anthony asked her biographer Ida Husted Harper to help her write the final volumes. Gage was effectively written out of history.

Anthony’s actions can be considered reprehensible in and of themselves. She used underhanded methods, and she distorted the truth about the radical nature of the nineteenth century women’s rights movement. If it had only been the reputation of Gage that had suffered, this would have been bad enough. But Anthony’s rewriting of history had more egregious consequences: it signaled that the women’s rights movement would henceforth cease and desist from naming Christian dogma as one of the greatest impediments to the achievement of women’s rights.

Today, feminists are often mystified by the strength of the opposition to access to birth control and abortion and to amending the Constitution to affirm equality of rights under the law for women. In fact much of the opposition to women’s rights-including birth control, abortion, equal rights–comes from Christians, especially from Roman Catholics, Evangelical Protestants, and Mormons. These groups affirm the traditional Christian teaching that women were created to serve and obey men.

The members of the NWSA were not afraid to attack religious dogma. Today many feminists are unfamiliar with Christian dogma and find themselves at a loss when confronted with religious opposition to women’s rights. Secular feminists may be swayed by the argument that “everyone is entitled to their own religious beliefs,” while failing to understand that religious beliefs have never been purely private matters. They may hope that religion will simply wither away. They may wish not to offend liberal and progressive Christians who support women’s rights. Gage, on the other hand, understood that traditional Christian beliefs have shaped every aspect of women’s lives from the time of Constantine to the present day, and she insisted that they must be challenged directly.

Anthony’s bargain with the devil may have hastened the passage of the women’s suffrage amendment. But it left us with a weakened understanding of the forces waged against the struggle for women’s rights. It is high time feminists spend as much time studying the history of religion as they do studying, for example, Marx and Freud. Gage’s book Woman, Church, and State would be a good place to start.

The information in this essay is taken mainly from Sally Roesch Wagner’s “Introduction” to Woman, Church, and State, reprinted by Persephone Press, Watertown, MA, 1980. Woman, Church, and State is available as a free ebook (but without Sally Roesch Wagner’s powerful Introduction). Information on Gage can be found on the Matilda Joslyn Gage Foundation website.

I will be discussing Gage’s book in a future blog.

Like Loading...
‹ The Boots on the Ground People of Queer Eye: Part 3 by Anjeanette LeBoeuf
The Pomegranate by Sara Wright ›