Writing Women Back into Jewish History: Interview with Michelle Cameron by Mary Sharratt 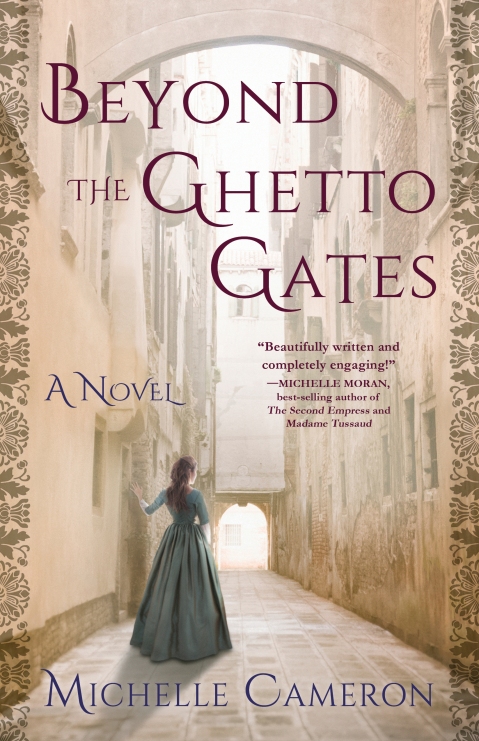 My friend Michelle Cameron’s powerful new novel, Beyond the Ghetto Gates, is a deep dive into women’s history that I thoroughly enjoyed.

This is a passionately compelling saga of an ancient way of life on the threshold of radical change. Young Mirelle longs to dedicate her life to running her aging father’s workshop, but her rabbi forbids her on account of her sex. Chafing against the constraints of both her gender and the suffocating strictures of the Ancona Ghetto, Mirelle sees no way forward but dutiful arranged marriage. Yet Napoleon’s armies, sweeping across Europe, threaten to change her way of life forever.
I learned so much from reading Michelle’s novel and from my conversation with her below. I hope my readers are likewise compelled! Reading is our great solace in this time of lockdown.

Mary Sharratt:  Michelle, tell us about your new novel, Beyond the Ghetto Gates.

Michelle Cameron: Beyond the Ghetto Gates is a historical novel set during Napoleon Bonaparte’s Italian campaign (1796-97). When French troops occupy the port city of Ancona, freeing the city’s Jews from their repressive ghetto, two very different cultures collide. Mirelle, a young Jewish maiden, must choose between her duty – an arranged marriage to a wealthy Jewish merchant – and her love for a dashing French Catholic soldier. In the meantime, Francesca, a devout Catholic, must decide if she will honor her marriage vows to an abusive and murderous husband. Beyond the Ghetto Gates depicts how the Jews and Catholics of Ancona wrestle with ancient traditions, prejudices, and the challenges of a rapidly changing world.

MS.: How does your faith inspire your fiction?

MC: People often ask if I’m religious, because my historical novels focus on Jewish characters, issues of antisemitism, and the deep conflict between religious tradition and assimilation. I believe it’s precisely because I am a non-observant Jew with deep roots in my ancestral traditions and culture that I can wrestle with these issues in ways that a more religious writer could not. I’ve felt the attraction of being part of “the norm,” much as my characters do, that tug-of-war between religious identity versus being accepted in a secularized society, which is a constant theme in my fiction.

MS: What is the most surprising fact you’ve gleaned from your research into women in Jewish history?

MC: That Jewish women could divorce if their husbands fail in their marital duties. These are spelled out in the marriage contracts (ketubot) that Mirelle’s father creates:

The shocker here is “and conjugal needs.” Once, when speaking about my previous novel, The Fruit of Her Hands, I was questioned on the pleasure that Shira’s rabbi husband gave her in bed. There’s a common misconception that intercourse is a duty whose sole purpose is procreation. Luckily for me, the group included the rabbi’s wife, who explained that men are actually taught in the Talmud how to satisfy their wives sexually.

But since observant women are discouraged from studying Talmud, men who aren’t adequate to the task aren’t always condemned for their failures. But the fact remains that men are supposed to make the act pleasurable for both parties – and that they can be divorced if they don’t do so.

MS: How do you hope your work might inspire your readers to gain new insights about history and faith?

MC: I hope that, by learning about the cultural underpinnings and the historical struggles of my Jewish characters, my novels might promote greater understanding between all faiths.

MS: What is the one question you never get asked in interviews, but wish you did?

MC: Did you always want to write Jewish historical fiction?

In fact, I did not. My first book, In the Shadow of the Globe, a verse novel about William Shakespeare’s life and loves, was actually the type of book I thought I’d be writing. But then I discovered that I could trace my roots back to my 13th Century rabbi ancestor – Meir of Rothenberg – and realized his life story was the stuff of a novel. Writing that book set me on this path. It helps that I had a much more thorough grounding in Jewish history than most, because I lived in Israel during my high school years.

MS: What are you working on now? Will you continue to explore themes of women and Jewish history?

MC: I’m working on the second book in the series – which takes Napoleon and his troops on a bizarre expedition to Egypt and Israel. Many of the same characters from Beyond the Ghetto Gates will be part of this novel. So yes, I’ll be continuing to explore these themes.

MS: How would you like readers to connect with you?

MC: Via my website. This includes my various social media links, as well as a contact page, allowing readers to write me directly. 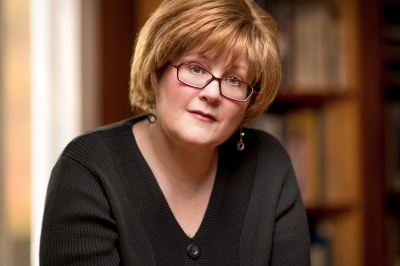 Mary Sharratt is on a mission to write women back into history. Her most recent novel Ecstasy is about the composer Alma Schindler Mahler. If you enjoyed this article, sign up for Mary’s newsletter or visit her website.

Like Loading...
‹ Not My Story Anymore by Esther Nelson
Unorthodox: How Looking for “Truth” Misses the Point by Ivy Helman. ›