Home › Bible › IN THE NEWS: Wives – Silent, Hidden, and Unnamed

IN THE NEWS: Wives – Silent, Hidden, and Unnamed 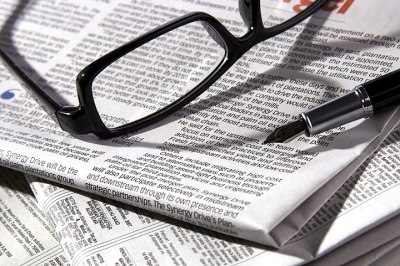 It is now public news that there is a fragment of ancient text in which Jesus makes reference to a wife. Based on testing of the papyrus fragment the text is calculated to have been from 150 years after Jesus died, a time when Jesus followers are still discerning how they should live and what practices they will keep. Though scholars all agree that this does not prove Jesus actually had a wife, it does reflect the liveliness of the debate nonetheless: Karen King explains, “This fragment suggests that some early Christians had a tradition that Jesus was married…There was, we already know, a controversy in the second century over whether Jesus was married, caught up with a debate about whether Christians should marry and have sex.”

The fragment also makes reference to a female disciple.

Is this a theology-altering discovery or “a nice academic footnote,” as Rev. Tom Reese, a senior fellow at Woodstock Theological Center at Georgetown University,  states? What implications might this have for the Catholic Church’s rule on celibacy for priests…the ordination of women? Of course, for some from non-Catholic Christian denominations, it won’t make a significant difference theologically or in practice and can simply be considered an interesting discovery unworthy of the History Channel.

On the other hand, might a married Jesus be a huge disappointment simply serving to  “indicate utter and complete failure of a vision beyond patriarchy and oppressive gender structures,” as expressed by Susanne Scholz on the Feminist Studies in Religion blog?

On a separate but related note. Rev. Jeanne Favreau-Sorvillo is a D.Min. candidate working on a dissertation, Peter’s Wives, inspired by the disciple Peter’s unnamed wife. References are made in the Gospels to Peter’s mother-in-law indicating the existence of a wife but making no direct reference to her – like many other unnamed Biblical women’s stories, hers is untold. For this reason Rev. Favreau-Sorvillo is calling for the stories of other unnamed women whose stories remain untold – those of women who are now or have been in a relationship with a Roman Catholic priest in order to bring this side of the Roman Catholic Church’s reality and history to light.

What further theological implications might the stories of these unnamed ‘wives’ have on Christianity today?

Like Loading...
‹ A Sea Change Towards Women’s Ordination by Mary Ellen Robertson
The Black Church, the Blues, and Black Bodies by Kelly Brown Douglas ›