Stories from the Yoga Mat: Sleep as Spiritual Necessity by Marie Cartier 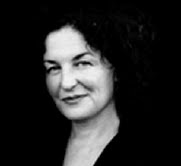 The best bridge between despair and hope is a good night’s sleep  – E. Joseph Cossman

I.
Sleeping is like hitting the reset button. People die without sleep.

It can make us maniacal and cut off our connection to spirit to be without sleep.
Are you afraid of missing something—if you sleep…? Is it something you are afraid you didn’t do or didn’t get to do? And yet…what part of our spiritual practice is suffering as a result of not sleeping…?

There is a billboard that states, you can sleep when you’re dead. Yet, the truth is you might die a lot faster if you don’t sleep.

This blog topic will be coming to you in two parts. This month I want to present some research gleaned rather informally from the web on why sleep is important.

The Society for Women’s Health Research, details how women are 1.4 times more likely to report insomnia than men, and that, in general, sleep problems plague women more than men. Not getting sleep is one more thing women don’t get enough of. We can add it to equal pay, equal representation and now…equal sleep—things we want from Women’s Liberation.

A 2010 study of 525 middle aged people reports that acute sleep deprivation leads to an increased production of inflammatory hormones and changes in blood vessel function possibly predisposing people to heart disease and stroke.

People who reported fewer than six hours of sleep had up to 25 percent higher levels of inflammatory hormones compared to those who slept 6 to 9 hours. So why do people brag, as a friend of mine did recently,… that they only need 4 hours? That somehow someone who is not sleeping enough is getting more out of life? 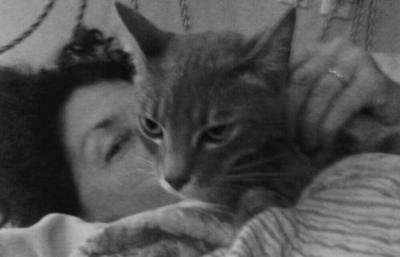 So…if sleep is so important why is it that so many Americans are sleep deprived? In fact a study suggests that American students are the most sleep deprived in the world. Yes. In fact, researchers found that in the U.S. 73 percent of 9 and 10-year-olds and 80 percent of 13 and 14-year-olds did not get enough sleep.

Another study utilizing blood tests revealed that people getting only 5.7 hours of sleep each night — as opposed to a fabulous 8.5 — can be damaging genes and causing harm to tissue, which translates to disease. And the U.S. Centers for Disease Control and Prevention says 30 percent of civilian adults do not get enough sleep.

It is really true – sleep and physical self-care and spiritual self-care are intertwined, important, and necessary for a healthy spiritual lifestyle.

III.
So…here are  some sleep do’s and don’ts. According to the ReDormin Sleep Study, these are the five things that help you sleep LONGER.

And here are five things that COST you the most sleep: 1.  Being in an alert mood when you go to bed causes you to sleep 46 minutes LESS.  2.  Having a partner who snores costs you 14 minutes. 3.  Having your cell phone charging next to the bed costs you 11 minutes. 4.  Watching a movie right before bed costs 10 minutes. 5.  And having a fan running costs you nine minutes of sleep.

So..if you do yoga ..calm down and sleep with a partner or a child, take a hot shower or have sex..you can add 2 hours of sleep to your life. If you don’t calm down and you keep dealing with your cell phone and watching television you lose about an hour and a half of sleep. 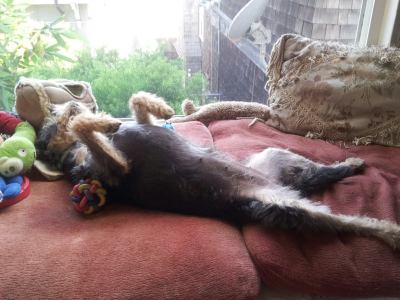 Ok. I probably didn’t need to give you so much data on why it’s important. All of us have had those times when we haven’t slept for a night—or a few nights and then it’s immediately obvious why sleep is important– you can’t function well without it. And sometimes it feels like you can’t function at all.

Animals sleep. See the pictures included with this blog of my dog—she’s asleep. And my cat—she’s asleep. What are they doing when they sleep, people ask in articles? Well- they are sleeping. That’s enough. Dogs sleep half their life—and vets say—OK. In fact, that is apparently where, “Let sleeping dogs lie,” actually comes from.

Why can’t we be more like dogs and cats—and get enough sleep?

Sleep tip: get in bed when you have at least seven to nine hours that you can stay in bed. Turn off your electronics. Read—a novel. And know you have enough time– if it takes you an hour to fall asleep you have a little window—a buffer before you fall into “oh-my-god-I’m-not-going–to-get-enough –sleep-I’ll-be-exhausted-tomorrow.” Give yourself the room to fall asleep. Luxuriate in sleeping, and dreaming.

Next month I follow up with more tips– including a brief yoga therapy overview to combat insomnia. Until then… “Hold fast to dreams for if dreams die, man (woman) is a broken winged bird that cannot fly.”—–Langston Hughes

Let me hear from you… and sweet dreams.

*All photos by author unless otherwise noted.

Like Loading...
‹ Eco-Theology and the Dave Matthews Band by Gina Messina-Dysert
Tailtiu, Primal Earth Goddess for this Season by Deanne Quarrie ›