Home › Activism › The Politics of Miztvot by Ivy Helman

The Politics of Miztvot by Ivy Helman 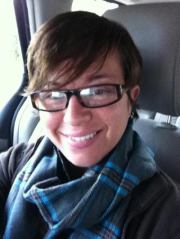 Recently, Ben of Ben’s Tallit Shop commented on an older post of mine on this website entitled: “How Literal is Too Literal? My Experience with Tallit Katan.”   He wrote, “In my opinion, it makes sense to first try the mitzvah of tzitzit in private for a month or two to ensure you are undertaking it for the right reasons.  Making a political statement is not a valid reason (though some people, I imagine, would argue otherwise).  Mitzvahs and politics don’t mix.”

First of all, this comment is both sexist and patronizing!  A man would never suggest to another man to do what he suggested I do and “try the mitzvah… in private… to ensure you are undertaking it for the right reasons.”  I’d dismiss it entirely if I was that kind of person, but I’m not.  Sexism and patronizing aside (as if one could do that really), I would like to engage with his thoughts on the mixing of politics and mitzvot because I think that can lead to great reflection and insight for Jewish feminists.

Not all mitzvot have an inherently political nature, but many do.  In fact, one could even argue something as seemingly apolitical as lighting Shabbat candles could be political.  Lighting candles ushers in Shabbat peace for one’s household and ideally for one’s community even if that peace is only for one day a week.  Since this is at odds with the world’s political environment of fighting, war and violence, it could be interpreted as a political act.  After all, won’t every day in the redeemed world be Shabbat?

Likewise, even the more esoteric interpretations of mitzvot have the common denominator of tikkun olam, or repairing the world.  For example, some Jews think that just by wearing tzitziyot, one is repairing the world, bringing it closer to redemption.  With the following of each and every mitzvot, the veil between G-d and humanity lessens thereby bringing more of G-d into the world.  When G-d’s presence infuses all, then the world is redeemed.  Just look at the men standing around the Kotel (the Western Wall) asking the men who pass by to don tefillin.  Yes, it is a religious act but it is also an act of tikkun olam, and tikkun olam is at the heart of all Jewish practice no matter how esoteric your spiritual practices are.

If we look then at the large number of mitzvot that are done specifically for reasons of tikkun olam (which for some Jews could be all of them), mitzvot are political.  However, some mitzvot are more political than others: those that ask us to care and provide

for others.  Let’s look at one example from Vayikra (Leviticus) 23:22.  “And when you reap the harvest of your land, you shall not reap all the way to the edges of your field, or gather the gleanings of your harvest; you shall leave them for the poor and the stranger. I the Eternal am your G-d.”  This could be done through food donations and tzedakah and, on a small scale that is helpful.  However, G-d isn’t saying give the poor and stranger some of your harvest, but change the way you harvest in order to provide for them.  G-d is asking us to change societal practices in order to create a world in which the hungry do not feel hunger pains and strangers feel welcomed everywhere.

Flash forward over 5000 years.  Political involvement is one of the ways we change our society.  Good social policy provides the following: social policies that fight homelessness, laws that prevent child and elder abuse, access to medical care regardless of ability to pay, job training centers, etc.  There are also (political) policies in place that outlaw gender discrimination, grant women’s access to education, institute the right to vote, etc.  In other words, politics is one of the vehicles through which we create a better society, through which we work to repair the world and about which the mitzvot apply.

The connection between politics and mitzvot should be a fundamental principle in Judaism and especially in activism and writings of Jewish feminists.   For many, it already is.  The feminist reclamation of the practice of wearing tzitziyot (fringes) takes as one of its central inspirations the pasuk (verse) that says humans (male and female) were created in b’tzelem Elohim making them equal.  Therefore, the mitzvot apply to everyone.  I could go on and on with examples.

I realize however that the mixing of politics and religion may rub many feminists wrong.  After all, restricting women’s access to abortion and contraception also comes from religious persons acting in the political realm.  Isn’t this basic premise of mixing politics and religion problematic?  Why would I for it?  Well, for one, I think politics at its best can do real and measurable good for society, especially for those on the margins.  Second, political action can direct policy and behavior toward justice, ending discrimination, granting access and rights and providing opportunity.  Third, politics is a fact of our lives.  This is true even if we’d rather not participate or if we think it’s more about bureaucracy and/or autocracy than actual human lives and good societies.  Nevertheless, it should be noted that not all politics or policies are good.  We have to be careful, purposeful and thoughtful as to how we as Jews an

With this in mind, we return Ben’s idea that mitzvot should be apolitical.  They should not be.  Comments like this one enliven and deepen my commitment to the connection between politics and mitzvot.  Politics aren’t the end all or be all of tikkun olam but they are an essential aspect of it in our modern lives as long as Jews engage the political arena in reflective and feminist ways.  I’ll definitely be thinking about the political nature of the miztvot from now on as well as the mitzvot themselves when I see the tzitziyot on my tallit katan.

Ivy A. Helman, Ph. D.: A feminist scholar currently on the faculty at Merrimack College.  Her most recent publications include:  “Queer Systems: The Benefits of a More Systematic Approach to Queer Theology,” in CrossCurrents (March 2011) and Women and the Vatican: An Exploration of Official Documents(2012).

Like Loading...
‹ Please Welcome Kate and Safa!
“Immanent Inclusive Monotheism” with a Multiplicity of Symbols Affirming All the Diversity and Difference in the World by Carol P. Christ ›