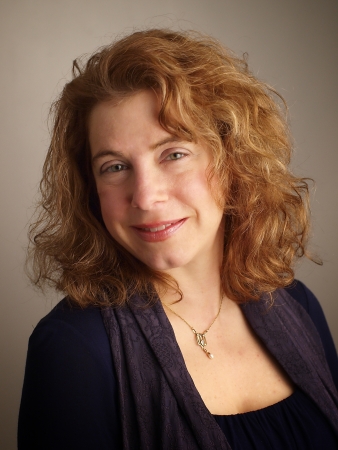 Literature touches our spirit in a way that film, television, and even art cannot. Instead of presenting the passive viewer with a visual image, good writing demands our participation and co-creation. The words become the springboard for our own imagined vision of other worlds and other lives. In this imagined space, we can experience profound insights and revelations–soul-growing experiences we carry with us forever.

Books that try too hard to be spiritual can have the opposite effect. Discerning women demand books that respect us instead of preaching to us. Too often religion has been interpreted by and for men, but when women writers reveal their spiritual truths, a whole other landscape emerges, one we haven’t seen enough of.

Marie Manilla’s The Patron Saint of Ugly (Houghton Mifflin Harcourt, June 17, 2014) and Nicola Griffith’s Hild (Farrar, Straus and Giroux 2013) are two such transporting novels. They both draw on the lives of female saints in fresh and evocative ways. 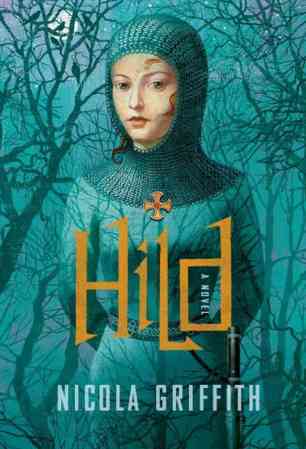 Set in 7th century Anglo-Saxon Britain, Hild is a massive door-stopper of a novel devoted to the early life of the woman who would become Saint Hilda of Whitby. The historical Saint Hilda’s achievements were astounding in her time and would appear even more astounding to women in later generations. At an age when most men and women were illiterate, Hilda received a full education in the liberal arts and went on to found a double monastery in Whitby in modern day Yorkshire where she presided as abbess over both monks and nuns. Five centuries later Hildegard von Bingen could only look to Hilda’s liberties with yearning–by Hildegard’s time, an education in the seven liberal arts had become the exclusive privilege of men. Hildegard had to undergo a monumental struggle to establish her two religious communities in Rupertsberg and Eibingen.

However Griffith’s novel is not focused on Hilda as saint and abbess, but on Hild’s childhood and young womanhood. Readers expecting a Christo-centric hagiography will be disappointed, for Griffiths plunges us deep inside a world of Anglo-Saxon polytheism and magic. The niece of King Edwin of Northumbria and the daughter of a powerful and scheming woman who is herself a practitioner of magic, Hild grows up believing she is the Light of the World, gifted with prophetic powers that kindle awe even in warlords. Hild must learn to harness her powers to win favor and keep herself and her family safe in a dangerous world of war, intrigue, and ever-shifting alliances.

Although the novel’s cover art seems to evoke Marion Zimmer Bradley’s Mists of Avalon, Griffith does not romanticize Anglo Saxon culture as a lost Pagan utopia but portrays it in all its colorful, gritty complexity–a tapestry of tribal warfare, slavery, feasting, fellowship, and ritual boasts. But neither is this a Game of Thrones world where women are reduced to passive chattel. Here women are spiritual leaders and political counselors, cup bearers, queens, and even warriors. As well as undergoing arranged marriages to men, young girls make lifelong matches with other girls, who become their gemaecce, their female friend, ally, and partner. Griffith deserves much acclaim for reclaiming this lost women’s history.

Her prose, reminiscent of scaldic poetry and interwoven with Anglo-Saxon, Old Irish, and Welsh words, is spellbinding in its evocation of the numinous landscape of Northern England.  Her portrayal of the Old Religion is not idealized–the priest of Woden that Hild encounters is just as self-serving as the priests of Rome who later take his place. Hild’s spiritual mentor is Fursey, an Irish priest who teaches her to read. As Hild discovers, the true allure of Christianity lies in its secret weapons of shock and awe–Latin and literacy. She begs her married sister to convert simply for the sake of learning to read so that they can correspond while living far apart. Griffith brilliantly portrays a tribal polytheist society on the cusp of the Christian conversion:

What was one more god? Gods were like the flotsam that washed up with the waves, always coming and going, and those big enough to remain gradually were worn away by wind and water and time. But . . . . the Christ and his priests were different. They were a storm that could change everything. They read. 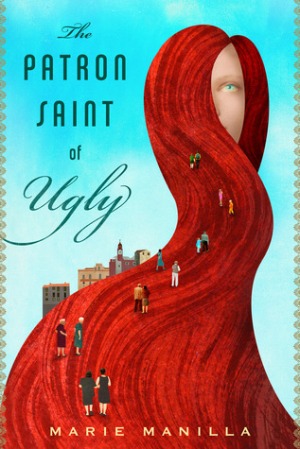 Set in the 20th century, Marie Manilla’s The Patron Saint of Ugly spins the tale of the fictional saint Garnet Ferrari, a third generation Sicilian living in backwater West Virginia. Like Hild, it immerses us in an enchanted world.

A graduate of the Iowa Writers Workshop, Manilla’s prose is whimsical and inspired by magical realism, filled with both humor and heartbreak.

Garnet, our heroine and saint, is born with fiery red hair and port wine stains all over her body that form a continually shifting atlas of the world. Possessing powers beyond her ken and control, she appears to have the miraculous gift to cure skin disorders in others. Born in a Catholic, working class family, her inspiration and spiritual teacher is her Nona, her  mysterious Sicilian grandmother. Garnet’s Catholicism owes more to her grandmother’s Sicilian folk magic than to institutional religion. When she loses her temper and explodes at her parish priest, the force of her fury knocks a mole off his face and he kneels before her in amazement. Yet Garnet continually doubts her healing powers and declares she is no saint–she believes that her Nona is the one with the real powers.

Manilla is unstinting in showing us how patriarchy, both that of the Church and of the Ferraris’ extended family, damages both Garnet and her grandmother and Garnet’s father and quiet, artistic brother.

The Patron Saint of Ugly draws us deep into a world of everyday miracles, where grandmothers can transform themselves into nereids and granddaughters can heal the wounds of their family’s tangled past. This book is a divinely feminist celebration of the sacred synergy that exists between women.