Home › Activism › Right to Life vs Right to A Life: Abortion & The Death Penalty by Marie Cartier

Right to Life vs Right to A Life: Abortion & The Death Penalty by Marie Cartier 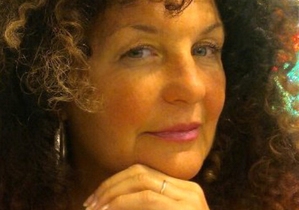 Earlier this week I went to hear Sr. Helen Prejean speak about the death penalty. You will remember, if the name does not immediately ring a bell, that the amazing movie Dead Man Walking (dir. Tim Robbins, 1995) was about her and her ministry to provide solace and closure with God to those inmates on Death Row. In the film, Sr. Prejean was played by Susan Sarandon. Dead Man Walking, a phenomenal hit, chronicled her first attempt at this ministry—her trials and limited success—in helping Matthew Poncelet come to grips with what he had done, ask forgiveness of the victims’ parents (because he was complicit in the murder of two teenagers) and face his death with dignity.

In addition to teaching Gender and Women’s Studies, I have also been the screenwriting professor at University of California Irvine since 1992. I have used the screenplay for this movie (adapted from Prejean’s book and direct interviews) almost since it was published. It’s a great example of how research, interview, and authenticity can make a movie work—rather than “making it up.” Even the title was new to most of America- “Dead man walking!” refers to the last walk an inmate makes as he (or she) walks to his (or her) death.

So, I was enthusiastic when I heard that Sr. Helen was speaking at a local church very close to my house. Although I’ve used the screenplay for well over a decade, I had never met her or read the actual memoir she wrote. It seemed the perfect opportunity to meet her and get a signed copy—and also something my students would love to hear about when we discuss the film in the winter.

The book, Dead Man Walking, had its 20th anniversary last year. In that time it has spawned not only a large ministry spearheaded by Sr. Prejean but also, the film and several off-shoots of the film itself—among them a school theater project. In the Dead Man Walking School Theater Project, students play the parts of the guard, the accused, the victim, etc as a way to inhabit the roles and make personal decisions regarding the issue of capital punishment.

As an educator, and one who uses “theater games” with my students to involve them in the issues in a way that I believe only theater can, and as someone vehemently opposed to the death penalty, I was excited and thrilled to meet Sr. Helen Prejean. But at the same time, I felt myself thinking that this is often how coalition work crumbles—we want everyone to be on the same side of all issues, not just the one at hand. When I sat in St. Cyprian’s Church in Lakewood, CA, listening to Sr. Helen, I was acutely aware that this was a church I do not frequent often. It does not have a gay and lesbian outreach, for instance like St. Matthew’s –the Church I do attend—does. I was pleasantly surprised that St. Cyprian’s, which had seemed fairly conservative, was welcoming a speaker who was as radical as Sr. Helen into their environs. 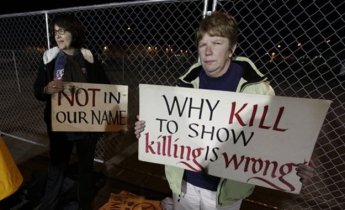 One of the reasons for the shift in Catholic thinking in recent years is that the death penalty has been linked to “right to life” and opposition to abortion. In Catholic discussion, it has also been linked with opposition to euthanasia, and physician assisted suicide. Right to Life, as one Catholic column suggests, means “at both ends” –meaning before conception and through death, or abortion to euthanasia—and includes those on Death Row. So, while I sat at St. Cyprian’s ready to be washed in the grace of an activist I had admired for decades, I was brought up short by a discord I did not expect.

Sr. Helen and I would not agree on many things—she was clear from the pulpit where she was speaking that this was the best time for the abolishment of the death penalty and as she said, Catholics were leading the way “because we are pro-life—in all situations. We are against the killing of the unborn…” and she continued.

However, I was spun out in my thoughts by her comments—for once again we were at the table –which Gloria Steinem says we are never allowed to leave—the abortion rights table.

When I heard Steinem speak in the late 1980s at a UCLA lecture, she was clear—women will be kept busy because we will constantly be dragged back to the abortion rights table.”It is a struggle all the time and it always will be,” said Steinem of protecting women’s right to choose.

For without the right to a legal abortion, Steinem insisted, we cannot do anything else—it is the cornerstone of our freedom as women. Her work and viewpoint were honored, in fact, by President Obama in 2013 when Steinem was awarded the Presidential Medal of Freedom specifically for her work advancing the rights of women, among them her firm belief in the right to choose. She is seen as one of the foremost and vocal proponents of the right to choose as a basic right for women and a necessity for women’s liberation.

If men could get pregnant, abortion would be a sacrament. – Florynce Kennedy, American lawyer, actor and activist

This saying is often attributed to either Flo Kennedy or Gloria Steinem. However, they have both said that in the early 70s they were in a New York taxi cab together and the working class female cab driver first said it.

In the 70s, I accompanied two women very close to me, to get abortions at different times. I even held one in my arms as she received it. Did I think we were “wrong”? No. I was deeply grateful this was legal. I was very clear in both of these cases that these two women were not just not ready to have the child—they had both become pregnant through no fault of their own—miscommunication about birth control and an abusive boyfriend constituted the reasons for their pregnancies.

Right to life? Or right to a life? Who decides?

So there I was—with my feminism and my radicalism—listening to Sr. Helen, but also remembering protesting Operation Rescue and their shut down clinic strategy in April of 1990 in the Mid-Wilshire section of Los Angeles. Randall Terry, the leader of Operation Rescue was set to arrive that day. We were protesting his arrival and the attempt at clinic shut down. At first, I was shoulder to shoulder with another woman and we were loudly and emotionally both singing, “We Shall Not Be Moved” together. As Terry’s truck came into view I started to boo loudly and she started to cheer. We slowly peeled our shoulders back from one another and looked into each other’s eyes. I am sure in that moment we both believed three things about each other. Number one, we were doing the right thing; two, the other person was not the monster we thought her to be and yet… And number three—Ok, back to work.

As I waited to have Sr. Helen sign my copy of her memoir, I thought how I would talk to her about pro-choice. Of how I would tell her what an avid fan of her ministry I was; how I had had 100s of students buy the script to the film; of how I think the film is the best illustration of method acting there is, and I have used it as such…and how I teach Gender and Women’s Studies and –how could she possibly equate capital punishment with abortion? 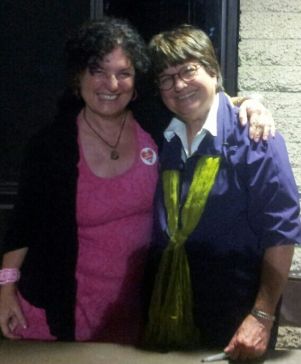 When my turn arrived to have my book signed I told her all of the positive things I meant to say—and they were all true—every word. She is heroic in her ministry and has made a huge difference in the discourse around capital punishment—putting a human face on Death Row inmates. In that moment, though, I did not talk to her about her views on abortion. I did tell her I taught Gender and Women’s Studies and she looked right at me and said, “Good for you. We need that.” I left it at that.

Coalition work is hard— and exhausting. I don’t have the answers to it, although in my life I have sat at organizing tables where the differences among us seemed insurmountable—and often were—and blunted any efforts at forward movement. Sometimes I have thought that was for the best. But, as a long term activist, I want to get the work done.

I want to be with people who submerge
in the task, who go into the fields to harvest
and work in a row and pass the bags along,
who stand in the line and haul in their places,
who are not parlor generals and field deserters
but move in a common rhythm
when the food must come in or the fire be put out.

If we can find a way to work together –in common cause– I want to find that way. “We need that.”

Let me hear from you.

Like Loading...
‹ Reviewing Gender and Career Progression in Theology and Religious Studies by Michele Stopera Freyhauf
A Change in the Air by Deanne Quarrie ›