“Justice, Justice You Shall Pursue:” Finding Hope in Justice-Seeking Movements. by Ivy Helman

For the past few weeks, there has been a lot of discussion about racism in the United States and rightly so. It is clear from the lack of charges and the repetition of similar crimes across the United States by different members of various law force communities that some people because of the color of their skin are immune to the consequences of their actions and others, also because of the color of their skin, are often the victims of such actions. Criticism, here, in the forms of protests, federal inquiries and outrage are essential.

I am reminded of oft-quoted part of the Torah: Devarim (Deuteronomy) 16:20, one that I saw on some of the signs Rabbis carried with them in the protests. “Justice, justice shall you pursue, that you may thrive and occupy the land that the Lord your God is giving you,” (from the JPS translation). G-d tells those early Israelites that justice is a requirement not just for their survival in the Promised Land, but also if they want to have good, long lives. Later tradition, from the Talmud to Rashi and beyond, interpret this passage as a call for a just court system within Jewish society.  Likewise, all who use the system should have the principle of justice in mind.  There is also a lot of conjecture as to why justice is said twice. Many modern scholars call attention to the way in which religion and state were considered one in same for this time period and much of human history. They remind us of the mindset of the time; people understood that justice was decreed through judges appointed by their religious community. This might seem problematic to

the secularism of today.

Nonetheless, this quote still carries weight in modern Jewish life. For many Jews today this quote means that to be a Jew is to seek justice in the form of just relationships, just actions and just living. Hence, ending racism is a religious duty because it is unjust.

Therefore, this Torah pasuk (verse) calls us to task. We need to live just lives, sustain just relationships and behave justly. When justice fails, legal systems need to step in and provide just consequences. No society is just, if that society inculcates, perpetuates and justifies racism.

For Jews, there is another important motivator behind seeking justice: our history. We have experienced anti-Semitism in various forms for far too long. We survived a systematic plan to eradicate our people. Even today, anti-Semitism is alive and well. Racism is too. Rather than pretend we are over it or above it, we need to be critical about ourselves and others and do something to end it.

I propose ending injustice requires three steps that repeat in a spiral pattern until we arrive at justice. (Many feminists discuss various kinds of spirals for analysis, critique, healing, doing theology, etc.  As far as I know, the spiral pattern I suggest here does not come from any one particular author. Rather, I’m employing a common methodological approach of feminist liberation theology and modifying it to address this particular situation.) The first step is acknowledgement of an injustice. Second, we critique the injustice. This step must include solutions. Third, we change. Of course, the cycle repeats. Perhaps we see an angle of the injustice we didn’t see before or recommend a better solution to the problem. We could also initiate another step towards a more complete justice. Then, we spiral again. Eventually, if we spiral enough, if we make enough change, then we arrive at justice. 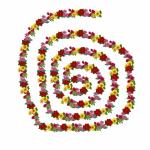 For the spiral to work, change is critical. Likewise, we must recognize the changes made, the steps on the road toward justice. If we don’t, then we can’t circle again. It is not productive to get stuck in critique mode. When we do, we not only lose hope but also we are no longer pursuing justice.

Let me offer an example of the demoralizing nature of constant critique. I once had a job that inculcated within its framework a consistent method of individual critique. Monthly observations, constant consumer feedback and frequent requirements for self-critique worked together for the expressed purpose of making me a better employee. On a weekly basis, I was bombarded with information about what I needed to change, what was still wrong about my technique and where my weaknesses were. And, the worst part of all of this was that I was making progress. Each month, I had been consistently doing better, but it was never enough. After four months of weekly assessments, I had lost all hope of improvement because no matter how many positive responses I was receiving from consumers and evaluators alike, no matter how much I had improved from the month before or even the week before, the company culture was set-up in a way that only highlighted what I was still not doing well enough. I quit because I could not see how this cycle would end. I also could not see how the company would ever be able to see me for the valuable, loyal hard-working employee that I was, or I, at least, had the potential to be.

As I could not see an end to the constant criticism, I did not know how to find that point which one could call justice in their system. This was not only unproductive, it was also demoralizing and often made me depressed.

What I’m trying to say is twofold. First, moving towards justice as a society requires the three steps I mentioned earlier: identification, critique and change.  Each of these must be balanced.  Second, individuals require a similar process to stay motivated for the various justice-seeking work.

Both the individual and the larger society need to know that justice is possible. In other words, we need hope. Hope comes, first, by not getting stuck in the rut of constant critique and, second, by recognizing societal and individual progress on the way to justice. Hope is vital to keep justice-seeking movements plodding ahead. Without hope that justice is possible, we might as well pack it in and call it a day.

Maybe that is why G-d, through the speech of Moses, uses the word justice twice in Devarim 16:20. G-d highlights the probability that we can create justice in our world. Now that is a good source of hope!

Ivy A. Helman, Ph. D. is a US feminist scholar currently living abroad in Prague in the Czech Republic.  Her most recent publications include:  “Queer Systems: The Benefits of a More Systematic Approach to Queer Theology,” in CrossCurrents (March 2011) and Women and the Vatican: An Exploration of Official Documents(2012).