Home › General › President Obama, Angelina Jolie, and the State of the Yazidi Genocide by Michele Buscher

President Obama, Angelina Jolie, and the State of the Yazidi Genocide by Michele Buscher 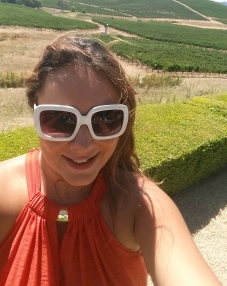 A few months ago, I wrote a piece about the Yazidi Genocide in Iraq, quoting an official spokesperson for Iraq’s Human Rights Ministry who asserted in August that he believed “the terrorists by now consider [the women] sex slaves and they have vicious plans for them…these women are going to be used in demeaning ways by those terrorists to satisfy their animalistic urges in a way that contradicts all the [sic] human and Islamic values….”  Simply put, he was right.

Six months later, the war waged by ISIS against the Yazidi and other marginalized religious groups in Iraq and Syria has reached a whole new level of violence.  The violence that started in a remote region of Iraq, in and around Mt. Sinjar, has spread across most of the country, moving now into large sections of Syria.  ISIS continues to expand its borders as refugees look for safety in Turkey, Jordan and Lebanon.  Included here is an interactive map with several pictures and graphs that demonstrate clearly ISIS’s takeover of Iraq and Syria, with no sign of halting their expansion.

ISIS’s growing threat to freedom and peace in the Middle East has initiated a somewhat aggressive response from the United States.  President Obama proposed a resolution in a letter to Congress just days ago, highlighting what he believes to be an essential offensive response to ISIS[L].  The letter came just one day before 26 year-old aid worker Kayla Mueller, from Prescott Arizona, was confirmed murdered by her ISIS captors.  Mueller was kidnapped by ISIS in August 2013 while leaving a hospital in Aleppo, Syria.  President Obama names the executions of American hostages James Foley, Steven Sotloff, Abdul-Rahman, Peter Kassig and Mueller among other barbarities from the regions infected by ISIS as justification for granting congressional approval for the U.S. to launch attacks against ISIL militia, in both Iraq and Syria.  The formal Congressional approval President Obama requests will show that the U.S. unanimously disproves of ISIS actions abroad.  Obama declares, “If left unchecked, ISIL will pose a threat beyond the Middle East, including to the United States homeland.”  Additionally, the President names the “abduction, enslavement, torture, rape and forced marriage” of women and children in Iraq and Syria, all part of ISIS’s abominable actions.

President Obama’s drawing attention to women’s suffering in this region is an important and bold move.  Violence against women is seldom listed as a justification for requesting congressional approval for ground combat operation and offensive airstrike attacks in areas where ISIS is most prominent.  At the London School of Economics, in a recent Question and Answer session about her recent trip to Iraq, actress/filmmaker, Angelina Jolie, was asked by an attendee why violence against women was not widely acknowledged by the international community.  Her response was simply that she had no idea.

Jolie described her most recent experience in Iraq, visiting with Yazidi refugee women as utterly disturbing. She said, “I find it abhorrent and it makes absolutely no sense to me that we know that girls are being sold into sexual slavery; that when a woman is raped she is forced from her community; that girls as young as nine are being married off.”  Jolie’s involvement with opening what many consider Europe’s first academic center which will focus solely on opposing violence against women while raising awareness of this epidemic in places where ISIS resides, gives the Yazidi women a unique platform to share their experiences, validating that President Obama’s strong declaration that the war on terror is far from over in the Middle East. The center will be housed at the London School of Economic’s Institute of Global Affairs.   Jolie has brought awareness to the Yazidi population’s decimation and more specifically to the marginalized women’s experience in this war.

Angelina Jolie has created two short documentaries, highlighting several women’s experiences being held captive by ISIS.  Jolie, a Special Envoy to the UN High Commissioner for Refugees, visited Iraq, interviewing several refugees and escapees from sex slavery.  One film highlights a 13 year-old’s story of escaping from an ISIS sex dungeon where she was raped repeatedly for one month.  The effects of this abuse extend beyond permanent psychological destruction it also excommunicates her for eternity from her Yazidi culture and religion.  The second film focuses on a 58 year-old Yazidi woman as she recalls the day her daughter was kidnapped by ISIS insurgents.   The films can be seen in their entirety exclusively on the Guardian’s website.

Jolie’s commitment to telling these women’s stories certainly should be commended along with her initiative to promote “the empowerment of women” worldwide.  The women’s academic center at the London School of Economics will be offering the Master’s of Science Degree in Women, Peace and Security beginning in 2016, affording the opportunity to academics to make a sincere difference in “ending the marginalization of woman’s human rights in academia, including the right of women to be free from all forms of violence,” says Law Professor at the London School of Economics, Christine Chinkin as noted by the Guardian UK.

In conclusion, Congressional Proposals brought forth by President Obama, Initatives on Preventing Sexual Violence in Conflict brought forth by former UK Foreign Secretary William Hague, films like those made by Angelina Jolie highlighting women refugee experiences in Iraq and Syria, are all becoming more prominent and more dire in the current geo-political climate which is undoubtedly made even more unstable with the introduction of groups like ISIS.  Although, proposals like Obama’s specifically spark controversy and widespread discussion over what the potential limitations of the American President’s ability to act during conflict should be, these discussions are important not only to American security, but to women’s security worldwide.  I think I’ll save that discussion for another blog post.

Michele Buscher, PhD, received her degree from the Claremont Graduate University in 2013. Her PhD is in Religious Studies with an emphasis on Theology, Ethics and Culture.  Her dissertation titled, Commission Impossible: The International Religious Freedom Act and its Impact on U.S. Foreign Policy with Particular Reference to Iraq and Burma, 1999-2012 explores the relationship between the International Religious Freedom Act of 1998 and current U.S. foreign policy abroad.  She is interested in the role religion plays in the development of U.S. foreign policy particularly in the Middle East and how this contributes to human rights.  Additionally, her scholarly interests include Feminist Theologies and Modern Catholic Studies.  She received her BA from Seattle University in Creative Writing and her MA from Union Theological Seminary in Theological Studies.  Michele works at Pitzer College as the Language & Cultural Lab Coordinator, Instructor for the International Fellows Program and Program Coordinator for the Kobe Women’s University visiting Cultural Program.

Like Loading...
‹ Marion Woodman and Mary Daly – Soul Sisters? by Susan Gifford
Queer in Islam and a Theology of Dissent by Vanessa Rivera de la Fuente ›