Home › Feminist Awakenings › The Wonder that is Being Born: How to Live Out Loud? Sacrilegious or Evolution? by Karen Moon

The Wonder that is Being Born: How to Live Out Loud? Sacrilegious or Evolution? by Karen Moon 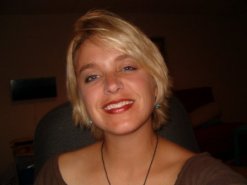 Yesterday, I went to a Women’s Circle, the description follows:

Our next circle will honor this journey of Venus or Innana as she was known by the ancient Sumerians. We will gather on Sunday, July 26th at 3 PM at my house. We will celebrate the divine feminine energy of Innana/Venus through meditation, song and dance. I encourage you to dress as your inner goddess, embracing your personal divine feminine energy. We will have our usual potluck munchies afterward.

I had spoken to the host on the phone previously and know her via Social Media.  My husband gave his helpful advice to be sure that it was not a “cult,” and yes, I do think any time you find things via social media, a big dose of common sense is needed.

Meanwhile, I did some research on exactly what a “cult” is.

According to Wikipedia, a cult is a social or religious group with socially deviant or novel beliefs and practices.

Gee, so when Christianity started, it was a cult then, right?

It was a lot of fun to try and find something that looked like a “Goddess” dress with my six year old.  She went into a discourse how she had one:  a sleeveless purple gauzy fairy dress, but said we really needed to go out and get me one.

She painted my toe nails and picked out some Leopard shoes.  Okay, yes, I could have been attending a Christian Bible Study, but somehow, I don’t think it would have been as much fun getting ready for it.

I consider myself a Christian.  I believe in Jesus and grew up Catholic.  But here’s the thing; lately, I have been giving a lot of thought to how one-dimensional, flat and powerless women have been portrayed in Christianity.

…but why has that image always been portrayed as a white male?

Part of my thinking has been spurred by my recent reading, books such as Kathleen McGowan’s The Book Of Love:  a trilogy of Mary Magdalene as Jesus’s wife and a powerful, loving force in herself.  Wow.  What a concept.  And why is it that it changes everything to contemplate the possibility that Jesus had a .. wife.

“Heresy! Sacrilegious! Satanic!,” my mother’s voice in my head cries.  “Stay with your Catholic upbringing where Mother Mary was given a prominent position of veneration and honor with her demure veil.”

But does Mother Mary ever really say or do anything??

And why is this?

Is it sacrilegious to attend a Women’s Circle in honor of Venus?  If I had a college course in Roman Mythology and studied about Venus, that would be okay, because it is a scholarly manner learning about history, culture and what certain groups of people believed at certain times in history.

Damn, it all went downhill once they started allowing women to go to universities and start thinking for themselves…

Because here’s the thing, at some point, wasn’t every religion sacrilegious and a pioneer in its thinking?

Are you uniting all of us or are you dividing??

Venus historically and culturally was revered as:

the yielding, watery female principle, essential to the generation and balance of life.   Her male counterparts in the Roman panthenon, Vulcan and Mars, are active and fiery.  Venus absorbs and tempers the male essence, uniting the opposites of male and female in mutual affection. – Wikipedia

In ancient Roman history, a lot of silly things such as animal sacrifice were done in her name.  Christianity with its theme of “do unto others as you would want them to do to you” was an evolutionary movement for humankind.

What does it mean to reclaim the feminine?  It means to honor our sacred connection to life that is present in every moment.  It means to realize that life is one whole and begin to recognize the interconnections that form the web of life.  It means to realize that everything, every act, even every thought, affects the whole.  And it also means to allow life to speak to us.  We are constantly bombarded by so many impressions, by so much media and advertising, that it is not easy to hear the simple voice of life itself.  But it is present, even within the mirage of our fears and desires, our anxieties and expectations.  And life is waiting for us to listen:  it just needs us to be present and attentive.  It is trying to communicate to us the secrets of creation so that we can participate in the wonder that is being born.-The Return of the Feminine and the World Soul by Llewellyn Vaughan-Lee

Growing up, Karen Moon ‘coulda been somebody’ as she had the brains but lacked discipline and motivation.  She pursued what she wanted most:  Mommeehood and a large loving family.  She tried so hard that she and failure collided often but along the way she figured out she had been somebody all along.   Nowadays, in addition to raising her four children aged two to thirteen in a blended family, she holds her moon lodges on the new and full moons, meets and supports other wild mamas and continues to work on making her home first in her heart.  Her writings can be found at elephant journal and on her website:  www.foxrivermamas.com

Like Loading...
‹ Offering My First Khutba: On Imaan & The Divine Presence by Vanessa Rivera de la Fuente
The Unelected and Unaccountable Men Who Decide Our Fate by Laura Shannon ›