Home › abuse › Forgiveness is a *choice* by Vibha Shetiya

Forgiveness is a *choice* by Vibha Shetiya 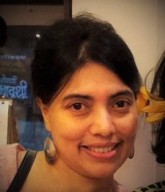 Someone I dearly love recently lent me a very sensible piece of advice: “You should forgive.” I know he resorted to these words out of love because he didn’t like seeing me in pain, a sentiment for which I was and remain grateful. I also know he wasn’t judging me when he brought it up, nor was he pressuring me into doing something I wasn’t ready for.

I truly understand how forgiving someone who has deeply hurt you can set you on the path to freedom. In the sense that forgiveness can loosen the chains that bind you to the past, the anger, the deep sense of betrayal, helping you learn to live again; that forgiveness is not so much about the other person but about the self. I have watched shows in which victims of horrific crimes or their family members have chosen to forgive, not always out of a sense of human bonding towards the aggressor, but because they could not live with the debilitating anger and hatred festering inside, and so chose to forgive to set themselves free.

To be able to forgive for any reason is truly an amazing and selfless act, one that speaks volumes about the strength and character of an individual who has endured much pain on another’s account. Studies have also shown that the power of forgiveness can also lead to better physical health and overall well-being. I do not doubt nor dispute any of this. In this post, however, I would like to draw attention to the person who has endured much heartache and who holds the power to her own salvation – the victim – and how forgiveness may not necessarily be the answer, especially when one is not yet ready to go there, precisely because the abuser does not deserve your “generosity.” While my questions may be rhetorical, as always, I also seek answers.

I am not talking about social or political forgiveness as when a former colony demands forgiveness from its imperialist rulers; while that is a highly debated and sensitive topic in itself, it is a different situation, and warrants a different examination. Here I talk about inter-personal relationships, when the victim is often helpless because of the immense trust placed in a particular person who decides to abuse the relationship for his or her own sense of satisfaction or as a way of dealing with the world.

So I ask the question, what does one do when someone truly wants to hurt? When he or she gets joy and satisfaction out of seeing someone disturbed and follows it up only by declaring, “Now, I just said that because I care. Gosh, walking on egg-shells around you sure is stressful,” making you shrink and want to dig an even deeper hole to hide in because of the feeling that you are a failure? I understand people react to situations in different ways, and obviously – barring a few acts – everything is relative. But I’m talking about those times when people derive perverse pleasure knowing what they are saying or doing is inappropriate and harmful. Moreover, how does one manage with repeated offences especially when decades of deceit still have not managed to numb the pain? What do you do when you can’t avoid them, and when having to meet up with them only keeps you trapped in the cycle not only through stored memory, but fresh reprisals?

Yes, the easiest thing to do would be to steer clear of them, but – and this may be difficult to understand – coming from a culture such as mine, the lesser of the two heartaches just might be to endure the situation you so wish to avoid. My point is, while on the subject of forgiveness, it is even possible to forgive each and every time, over and over again, even though one is aware that the abuse may stem from a deep sense of dissatisfaction and hurt on the part of the tormenter itself? Would there even be any meaning left to the concept of forgiveness then?

What do you do when you get looked down upon for “holding on” to repeated jibes by someone sympathetic to the abuser? “After all, you did forgive this other person, didn’t you?” Your dynamic with “this other person” may be very different from the one in question, a person full of anger and insecurity, someone who uses other people as targets to balance out his or her own unhappiness. And besides, who is to decide whether someone should be forgiven or not, apart from the person who has endured and suffered?

And what do you do when they hurt the ones you love? Although the people they are hurting may be adults who can indeed take care of themselves, is it possible to completely ignore that? And, who am I to forgive on someone else’s behalf? Would that not amount to arrogance and highhandedness on my part?

Ultimately the question it all boils down to is – what if someone is not yet ready? Maybe they need more time, or maybe the people who have hurt them truly don’t deserve to be forgiven. But is it fair to turn the tables on the victim for not having a large enough heart to let go? Forgiveness is truly a choice, on the part of the person whose sorrow has turned into physical pain over the years. And yes, while it may ultimately end up being the smartest choice, is it right to let the victim feel guilty for not being ready to forgive that one person they trusted and thought of the world of? To let him or her feel like the monster because she is not yet ready to forgive the one who neglected to acknowledge that she too was a human being?

Vibha Shetiya was born in India and raised in Zambia before moving back to India as a teenager. She has been living in the US since 1999. Vibha moved to Albuquerque last year from Austin where she completed her dissertation on feminist versions of the “Ramayana,” an ancient Hindu epic. She teaches at the University of New Mexico.

Like Loading...
‹ Reconstructions of the Past 6: Hafsa bint Sirin (My Story of Her Life 1) by Laury Silvers
The Great Mother Calls Us to Action by Carolyn Lee Boyd ›

Tags: abuse, feminism and religion, forgiveness, to forgive or not, Vibh