The Great Mother Calls Us to Action by Carolyn Lee Boyd 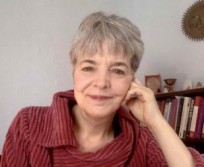 When Flint, Michigan’s water supply was poisoned by lead through a policy decision— as has been widely reported, especially by Rachel Maddow — LeeAnne Walters and Melissa Mays started an organization called Water You Fighting For in protest, emphasizing their roles as mothers of children suffering from lead poisoning. Despite continual ridicule from state and local officials, Walters, Mays and others, including Flint’s new mayor, a woman, refused to give up until their voices were heard.

According to Ms. Magazine, it is largely due to Walters and Mays’s efforts that the source of the water, which had been changed to save money from fresh lake water to river water that corroded the city’s pipes, was switched back. Unfortunately, it is too late for the 100,000 residents of Flint, including babies and small children, who have already been exposed to the lead that can cause permanent and irreversible brain damage and other health problems. Lead poisoning is continuing because the pipes have suffered irreparable damage.

“Mother’s movements” have proven to be extremely powerful agents of change for decades. Mothers Against Drunk Drivers and Moms Demand Action for Gun Sense in America in the US and Mothers of the Plaza de Mayo in Argentina are just some of the many movements organized by women who relate their activism to being mothers. While the instinct to protect children is deeply ingrained in the human soul, could it be that another important reason that these mother’s movements are so powerful is because they tap into a sense of the sacredness of the Great Mother, the Creatrix of the universe who has been envisioned as a mother since the beginning of human history?

Some movements quite consciously create a connection to the Great Mother through associations with children and birth, the wellbeing of her great creation, the Earth, and concern for the oppressed as expressed in the title “She Who Hears the Cries of the World” that Great Mother goddesses frequently bear. Perfect examples of past “Great Mother’s” movements are those calling for justice and political freedom that invoked Our Lady of Guadalupe in Mexico and Our Lady of Czestochowa in Poland. Other examples are Native movements around the world that connect their goals to their sacred responsibility to the Earth. One such movement is again taking place in Michigan to protest use of an aging oil pipeline under the Great Lakes that could rupture and poison the lakes.

Flint has many Great Mother connections beyond that of children’s wellbeing that are being emphasized in the current national outcry. Flint is a largely African-American with broad and deep poverty, an oppressed community just as Poland and Mexico were when they invoked Great Mothers. The Flint River, the problematic source of Flint’s water, has been heavily polluted by industry for decades. Finally, the Emergency Management system that created Flint’s water disaster is also responsible for trying to close the only school in Detroit for pregnant girls and teen mothers and deny water to poverty-stricken Detroit neighborhoods, prompting intervention by the UN. Most disasters, whether events or issues like domestic violence, similarly have roots in so many injustices that they, too, connect to the Great Mother in many ways.

What if we, as feminists, invoked the Great Mother’s spirit more consciously as we fight for equality for women and other essential issues? Those who benefit from the oppression of women and the destruction of the environment cite traditional religious authority and the cultural belief in the primacy of economic gain to justify their actions. Can we turn to the power of the Great Mother to deepen the effectiveness of our own activism by citing the connection of specific situations to Her overarching themes of protecting future generations, our sacred relationship to the land, and the need for us all to “hear the cries of the world” in order to be fully human? When we invoke the Great Mother in our day-to-day activism, we do on an immediate, hands-on level what we are all striving to achieve in the global realm — bring the influence of the Great Mother back into the most essential aspects of our lives and culture.

In addition, feminists and others who have been fighting the same battles seemingly over and over for decades can easily fall into despair. When we relate our activism to the powers beyond ourselves, to the Great Mother, the source of all life, even just amongst ourselves, we are renewed and re-energized.  We can more easily perceive the relationship of individual issues to the long history of feminism and to the matrix of attitude changes and progress that it has achieved.  We can see our individual place in the global, millennia-old community of all those who have envisioned a more peaceful, just world for future generations.

While only some people are biological mothers, everyone is a daughter or son of the Great Mother, however we perceive of the universe’s creator. We all have a sacred duty to future generations and to those who are oppressed, a stake in the fate of the earth, and many other connections to that well of power that is this force. As we do our difficult, yet essential, work to make our world a place we want those who come after us to live in, She is there for us, if we will only answer her call.

Carolyn Lee Boyd grew up in Michigan about an hour’s drive from both Flint and Detroit, one of her favorite cities. When she heard what was going on in those cities, she, like so many others, was heartbroken and enraged. She is a human services administrator, herb gardener, and writer whose work focuses on the sacred in the everyday lives of women. Her essays, short stories, memoirs, reviews and more have been published in numerous print and online publications. You can read more of her work at her blog, http://www.goddessinateapot.com.

Like Loading...
‹ Forgiveness is a *choice* by Vibha Shetiya
Blindness, Lethargy, and White Supremacy by Marcia Mount Shoop ›