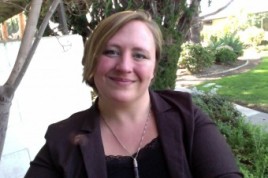 I wasn’t sure I wanted to watch the debate between presidential candidates last Tuesday. As John Erikson discussed in his post “The End is Nigh,” one could easily predict Trump’s sexism and misogyny, it was just a question of how his hatred would surface and whether or not he would tip his hat to “how truly dangerous he really is.” So, I compromised: I watched some of the debate, able to shirk part of what I felt was my responsibility to history for a more pressing responsibility, the need to put my daughter to bed. And, of course, Donald Trump delivered what his ‘brand’ promises… (poor) mis/re-direction, lies, bullying and incompetency.

Let’s closely look a just some of this debate.

Responding to questions regarding his judgement (as related to his recorded support for the Iraq war), Trump suggests that he has a “much better temperament than [Clinton],” stating, “I have a winning temperament. I know how to win.” He goes on to describe some exchange Clinton had with an unknown person, saying she was “totally out of control.”

Misogynistic allusions to her “hysterical womanhood” aside, what Trump fails to provide in his response is actual evidence of good judgement. Certainly, he worked to refute the idea that he supported the Iraq War—actually at some length. Yet, he fails to give the audience insight into any of his decisions or account for any concrete actions, not just statements he’s made, which might attest to his presumed superior temperament and “winning” qualities. This might have something to do with the fact that he’s never actually held a political office and is grossly unqualified for the position of President of the United States of America.

Clinton, alternatively, details reasons for actions she’s taken. She further refutes the idea of Trump’s ‘sound judgement,’ describing an interchange in which Iranian sailors goaded American soldiers. She reports, “[Trump] said, ‘you know, if they taunted our sailors I’d blow them out of the water’ and start another war. That’s not good judgement.”

Trump interjects, “That would not start another war.”

Clinton asserts, “That’s not the right temperament to be Commander and Chief, to be taunted…”

Trump interrupts again, “No they were taunting us”

She continues, “…And the worst part of what I’ve heard Donald say is about nuclear weapons….”

A couple of things here. First, let’s address Trump’s bravado. The statement “I’d blow them out of the water,” (and, by the way, he does not refute saying this—and why would he, as such a statement is so characteristically him?) is akin to a child on a playground saying, “I’d have punched him right in the face if I were there,” or the stereotypical kid in the locker room boasting of his non-existent sexual exploits. He is the classic bragger: someone who talks ‘real big’ and continues to do so, until he has to face actual power.

A second consideration: Trump’s consequence avoidance/ denial. He says, “[blowing them out of the water] would not start another war.” Huh. I am fairly certain that major, aggressive destruction, like say, crashing planes into the Twin Towers or bombing Pearl Harbor, actually does incite military action—unless of course he’s hoping that other countries are not like the United States, or are too afraid of the United States? Denying consequence further evidences his bully mentality. But more significantly, Trump’s comment, which actually describes killing a boat full of men because he was angry about being teased, belies a casual disregard for human life that is more than immature, its dangerous.

I find myself wondering if we are supposed to take Trump seriously when he says things like this—certainly, some of his supporters or Republicans-who-are-only-supporting-him-so-that-Democrats-don’t-win type supporters, might tell us that he’s exaggerating. Yet it is rather incongruous to suggest that we should take him seriously as a candidate for POTUS, yet, not take him seriously when he makes off handed remarks about military action or nuclear bombs… Actually, if its not ‘obvious’ when we should take him seriously or not, as Clinton asserts, then “that’s not the right temperament to be Commander and Chief.” And if they were honest, I think these kind of supporters (the Republicans who don’t like him but don’t want to loose power) don’t know when Trump is being serious, boasting or simply spouting off either. Isn’t this uncertainty something we should all take seriously?

Trump’s final interruption in this segment, “no, they were taunting us,” again evokes a school-yard dispute or sibling argument: “they/he started it!” And what is the parental response to such a retort? “It doesn’t matter who started it,” all parties are responsible for the consequences.

In the next segment of the debate, Trump continues in this grain. When Clinton describes nuclear proliferation as “the number one threat we face in the world,” Trumps says he agrees, repeating what Clinton says, only to contradict what he’s just said and redirect attention to popular denial of global warming: “I agree with her on one thing, the single greatest problem the world has is nuclear armament, nuclear weapons, not global warming like you [Clinton] think and your, your president thinks.”

After this segment, I was done watching.

I typically don’t like debates, because they are not really designed to help create understanding. Debates are more about proving the power of one’s position; but sadly, usually adhering to the cultural paradigm of power as power-over, they end up really being about dominance.

Trump is selling a particular kind of dominance. He wants to be a “winner.” He wanted to “win the debate.” And, despite his inconsistency, repetition and reframing of Clinton’s points, his bullying and his denials, some people still think that Trump won this debate. But I have a question to his supporters, do you really want a “winner,” or do you want a leader? Because, you know they are not the same thing.