Home › Buddhism › Stories vs. What Is by Oxana Poberejnaia

Stories vs. What Is by Oxana Poberejnaia

I have recently watched one of these real life entertainment documentaries. This one was on plastic surgery. A woman went under the knife to enlarge her breasts. The female presenter, wearing sterile white, peeped into the operation theatre and, facing the camera, said excitedly: “This operation might be life-changing!”

I thought: “Yes, precisely.” The money that the patient spent on breast implants could have bought – what? A trip to a strange land. A course for her to improve her employment prospects or to broaden her horizons. Art supplies for her to create something. A water pump to provide clean water in a village somewhere in the world where children die from preventable diseases caused by dirty water. Part of a salary for a teacher who works in a school for girls somewhere in the world where girls need extra help getting education.

What we choose to spend money, or indeed any resources (time, energy) on depends on our story of life. What is life for us: a race to the unattainable ideal of glossy magazine covers or a spiritual journey we share with every other creature on earth?

Story, in Buddhist terms, is simply any extra we put on experience.

There is a famous Bāhiya Sutta in the Pali Cannon (Ud 1.10 PTS: Ud 6). Bāhiya was an ascetic at the time of the historical Buddha, who got a strong urge to learn the Dhamma from the Buddha. Unfortunately for him, when Bāhiya arrived at the Buddha’s staying place, the Buddha was busy and did not have time for lengthy discourses. Finally, after much begging on Bāhiya’s part, the Buddha consented to giving a concentrated version of his teaching. This is what the Buddha said:

This is the radical message of Buddhism. Whatever happens, happens. Anything that we add on top of that creates our “I”, and the suffering that comes with it.

Stories that lead us away from happiness are diverse. Some apply to women more than to men. Although many men succumb to the pressure of looking airbrushed good, it is still mostly women who keep beauty industry professionals very, very well-off.

Many stories have to do with relationships. We all know the Cinderella story, which instills in girls the hope that the prince will come out of nowhere and sweep them off their feet, as long as they “believe.”

We also can recognise another story, that of an overbearing Mother of a boy. This story actually derives from the Goddess myths. In sacred stories from around the world, it is very often the case that the Goddess begets her own consort. We might have met Mothers who think that no woman is good enough for their son, because they see their sons as their surrogate consorts.

However, there are still other, more subtle stories that women tell themselves about relationships. For instance, a variation on the Goddess/consort story is “mould your husband” activity. Many women I know are engaged in this quest. They try to “better” their partners: educate them, make them stronger, more professional, a better parent, a better lover, you name it. 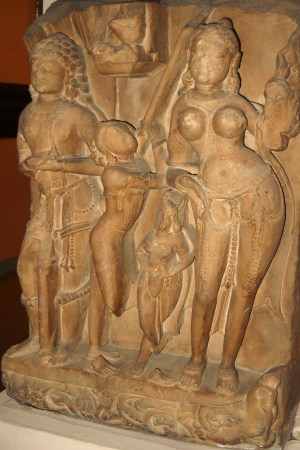 What’s funny, is that these women actually do deserve the Goddess’ status: they are strong, intelligent and powerful in many ways. Nevertheless, the story often proves to be counterproductive and the partners often feel repressed and sometimes leave.

Another story is that of a “saint.” A woman sees the relationship as a spiritual challenge, and her partner as a spiritual weight to exercise with. This story is difficult to distinguish from the genuine spiritual work on yourself.

However, there might come a point when a woman clearly sees that all the work on the relationship comes from her side. She may realise that there is a difference between forgiveness and resignation, between supporting your partner and ignoring your needs.