The Definition of Strength, Gaslight Edition by Vibha Shetiya 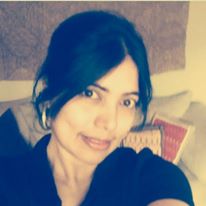 Recently when I was feeling low and a little devoid of hope, a friend of mine paid me a fabulous compliment: “Things will get better. You’re a very strong person.” I know it was a real compliment and not an underhanded cutting remark. You may be surprised as to why I am referring at all to the latter. After all, it’s straight forward – having strength and fortitude are admirable qualities and how could one possibly even think otherwise. But you may be equally surprised to know that there are very special circumstances under which the word “strong” gets to acquire extended meanings of: “devoid of feelings,” “someone who needs zero support,” “a social insult.”

Take the time when I got divorced several years ago, undoubtedly one of the most difficult periods of my life, compounded by the fact that I found myself despondently alone. Night after night, I cried myself to sleep, mainly from a sense of betrayal by those I loved the most. In my loneliness, I would meticulously weigh the binary options available: if I stay in this marriage I make only myself miserable, but if I leave, I make twenty people miserable. The choice back then was obvious, at least to everyone else, and had it not been for a scholarship that allowed me to come back to America, I am quite sure I would not be writing this piece.

That I got no support – even from those who found time to pick on every aspect of my life “for your own good” – was the bitter icing on the burnt wedding cake. I had needed constant fixing since I was a teenager; the way I dressed (“your body is a little too nice, that skirt accentuates your big backside”); the way I looked (“you’re beautiful but you’re not delicate”); the way I spoke (“you say, ‘I know’ too much”); even the way I walked (this one’s a winner – “your right hand moves more than the left.” Or was it the other way around, I can’t remember.) However, at the time of my divorce, the need for non-interference became suddenly imperative (of course, I continued to need “saving” in other areas).

But it wasn’t just the heavy silence in my darkest hour that was jarring, it was also the repeated need to hammer home the following unambiguous point: “My daughter was sooooo upset when she went through her divorce. Vibha was nothing of the sort!” In case you’re thinking this was meant as a testimony to my courage, you are wrong. Because I preferred not to air my dirty laundry in public, clearly I wasn’t in pain. On the other hand, loud wails that rushed neighbours to one’s side, along with maligning those who had hurt you, had amply proven that a sense of public martyrdom was the need of the hour to claim a stake in the newly overhauled “Who’s the Biggest Loser” game. Don’t get me wrong. I totally understand having to justify a woman’s need for divorce to a horribly judgmental society, and I do not fault the person in question for lamenting the sad state of her marriage. I do wish, however, that it hadn’t been reduced to mere spectacle, to competition. Needless to say, I was more than happy to concede the title of Misery Queen to someone else.

Silence, on the other hand, proved you had the strength to keep matters to yourself, which in turn proved that if you had the strength to do so, it was because you had no feelings in the first place, which in turn again, brought us to the point that only self-crowned victimhood qualified one as being sentient. Don’t even bother trying to understand; the entire process of “reasoning” is convoluted. (Another illustration may be of help, however. When a woman lost her grown daughter to cancer and she chose to maintain a public stoicism, the unsurprising reaction from the above person was: “Oh, she acts like nothing has happened,” followed by a snide, “Anyway, it’s good to be that way,” i.e. have no feelings, for she couldn’t possibly have any if she didn’t make a display of them, could she?)

Of course, this sudden hands-off approach because “she is strong,” was rather confusing since I had also been repeatedly told that I was thin-skinned and that “people will be afraid to talk to you,” whenever sharp tears would singe my eyes following a “well-meaning” remark. These unending reminders of my utter short-comings, I have come to learn over the years, were actually manifestations of simmering anger and frustration over one’s own life within the agents of such policing. (And no, nobody’s “fear” ever got in the way of their need to reform me.)

I assure you there is a point to this post – beware of gaslighting no matter how seemingly sweet the agent or message, and when it is an overt case of being put down, don’t be afraid to defend yourself in your own quiet (or noisy) way. As a personal favour, however, do NOT internalize it, as I did. Listen to your inner voice. And second, don’t be apologetic or confused for having the strength to put up with any kind of bullshit. Today I can proudly say – yes, I am a strong person (in the conventional sense) and it is the strength that I had to walk away from a pathological environment that is helping me explore and live life to the fullest, in all its ups and downs.

And oh, if you are ever gifted a copy of that convoluted thesaurus (a.k.a. The Gaslighter’s Guide to Inflated Self Importance), throw it out, will you? Strength is a positive.

Vibha Shetiya was born in India and raised in Zambia before moving back to India as a teenager. She has been living in the US since 1999. She has degrees in journalism and religion and a Ph.D in Asian Cultures and Languages. Vibha moved to Albuquerque in 2014 from Austin where she completed her dissertation on feminist versions of the “Ramayana,” an ancient Hindu epic. She teaches at the University of New Mexico, and is also a volunteer for the ACLU.

Like Loading...
‹ Making America What Again? Reflections for the 4th of July by Sara Frykenberg
Gratitudo et Fortitudo by Natalie Weaver ›