Home › Abuse of Power › Run Women Run! You Can Do Better than a Mediocre White Man! by Carol P. Christ

Run Women Run! You Can Do Better than a Mediocre White Man! by Carol P. Christ 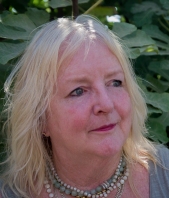 When I was in graduate school, I learned to doubt myself. Despite having won Danforth and Woodrow Wilson graduate fellowships that paid for my tuition and living expenses, I was continually told by professors and male students alike that I would not finish my degree and that if I did I would get married, have children, and never use the degree I had earned. I tried hard to maintain my confidence in myself, but it was difficult when I was the only woman in the program. There was one other woman my first year, but she was older than I was, a nun, and I never saw her in class or at social events. My self-esteem was gradually eroded. If I had not had a fellowship, I would probably have dropped out.

Fast forward a few years. There were several more women in the program, but only one in theology, my friend Judith Plaskow, and she too struggled. I was working on my comprehensive exams and wondering if I had what it takes to pass them and then write a Ph.D. thesis. After the initial shock of being treated as if I was not the equal of the male students in the program, I began to look around me. A few of the male students seemed really bright, many of them were average, and some of them were plodders. I hate to admit it, but I looked at the least competent among them and said to myself, “If he can do it, then surely I can.” And I did. I passed my exams. A few years later my Ph.D. thesis was approved.

If contributions to the field are any indication, Judith Plaskow and I were not only as good as the most mediocre men in our graduate program, we smarter than the average ones, and at least as smart as the smartest ones. But we didn’t know that then. Men have been getting degrees and being promoted and moved up that ladder because other men like them, identify with them, feel sorry for them, and for lots of other reasons having nothing to do with excellence, and sometimes not even do do with competence.

Last week I heard Cecile Richards say something to Lawrence O’Donnell that reminded me of this. Speaking of the huge numbers of women who—inspired by the women’s marches–will be voting, registering voters, campaigning, and running for office in 2018 and beyond, she said women “totally understand that they can do better than who’s in office now.”

For far too many years women have been held back by lack of self-confidence and self-esteem. We didn’t think we could and we didn’t. We don’t think we can and we don’t. We thought men were smarter than us or had more time or more drive. The founder of the Society of Women Engineers at San Jose State told my classes that women who got even one B+ in an engineering class were likely to drop out of the program, while men graduated who graduated with C averages went on to get great jobs.  Now we see truly mediocre white men holding public office all across the country and in its highest offices. The harm they are doing to women, to children, to the elderly, to people of color, to the environment has been a wake-up call for all of us. There are so many mediocre white men in office that women–of all colors and ethnicities–are realizing that we can do better than that! Once we begin to see what we can do when there are large numbers of us holding office all across the country, there will be no stopping us!

Carol P. Christ is an internationally known feminist writer and educator living in Molivos, Lesbos, who volunteers with Starfish Foundation that helps refugees, assisting with writing and outreach. Carol’s new book written with Judith Plaskow, is Goddess and God in the World: Conversations in Embodied Theology. FAR Press recently released A Serpentine Path: Mysteries of the Goddess. Join Carol  on the life-transforming Goddess Pilgrimage to Crete. Carol’s photo by Michael Honegger.

Like Loading...
‹ Solidarity Thy Clothing is a Black Gown by Anjeanette LeBoeuf
Just How Rotten Are Things in Denmark? by Marcia Mount Shoop ›