Home › Ancestors › A Silhouette of a Woman, the Menorah, and a Pillar of Light: Discovering the Origins of the Goddess in Judaism by Alaya A. Dannu

A Silhouette of a Woman, the Menorah, and a Pillar of Light: Discovering the Origins of the Goddess in Judaism by Alaya A. Dannu 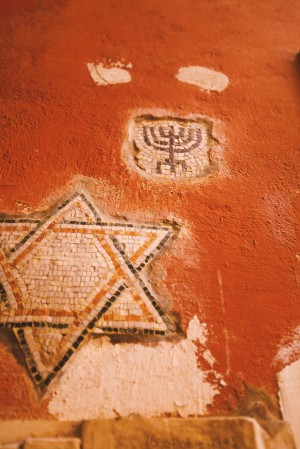 During a meditation before bed, I saw an image of a candelabra similar to what Jewish people use for Hanukkah. It was yellow/gold in color, engraved/etched onto a surface. All at once I saw the imagery of a star, a silhouette of a woman, and a beam of light move from the base of the candelabra through the top and beyond.

In these moments, I did not understand the significance of or the relationship between these images. What did a feminine figure have to do with the Jewish candelabra? What is the name of their candelabra? I could not even recall the name of it. It was something I grew up knowing the name of, as it was an image that I frequently saw beside the kinara of Kwanzaa in my school-aged years.

Because I was sheltered from the Abrahamic religions, my mother opted for participating in Kwanzaa as a means to shield me from any potential bullying from my classmates, and to celebrate a part of my diverse heritage. It was already a problem for my peers and the adult staff at school that I chose to identify as a Jamaican-American or a mixed person, as opposed to African-American. To tell a group of African-American Christians or those with an Afro-centric view that I didn’t celebrate Christmas or Kwanzaa, or that my mother taught me to listen to my dreams and intuition, would only serve as a means to further isolate myself; and by extension, my little sister. So celebrate Kwanzaa we did, until I began high school.

If this vision from 2017 were a mere expression of my mind, why not choose the kinara, an image that had more of an influence on my upbringing, as opposed to the menorah? Perhaps because this vision has little to do with my upbringing, and much to do with the matrilineal oracular tradition* I was born into and its connection to the origins of the menorah. For if we wish to understand the meaning of a symbol, we must study its origins.

I was in Nepal at the time, exploring how Tibetan Buddhism was connected to the visions and dreams I’d been experiencing severals years prior. The conclusion I arrived at was the value in the teachings of the Buddha dharma on my path, and the absence of the primordial in the feminine form. For it was predominantly the feminine form of the primordial that revealed and taught me what I know about the Buddha dharma.

Instead of falling asleep right afterwards, I wrote down this vision from my meditation and then asked Google for the name of the jewish candelabra. The image of the seven branched Menorah is what I saw in my meditation, as opposed to the one with nine candle holders.

“The goddess and the menorah…” was what I searched for next. Asphodel Long’s article, “Asherah, the Tree of Life and the Menorah: Continuity of a Goddess symbol in Judaism?”, was at the top of my search. After reading through this piece more than once, I stared into space in utter disbelief. There too, one would find the obscurity of the Primordial Mother.

The feminine form in my vision was a reference to Asherah, the ancient Semitic mother of the Gods. The Primordial Mother has many faces, and Asherah is just one of them.

The beam of light that beamed through the menorah from its base, through the middle and beyond, is a representation of two things: a tree and the Goddess as the source of life.  This vision alludes to the menorah being a stylization of a tree. It is well known that through the ancient world trees were a symbol of the Great/Mother Goddess**. Trees have been a recurring image in all of my meditations, dreams, and visions. It’s been referred to as “Yggdrasil” and the “Tree of the Mothers”. It sits in alignment nicely with what once was, and how it has been revealed through scholarship.

In my search for finding scholarship on the pillar of light, most have come up as it representing something ‘phallic’. However, the work of Marija Gimbutas demonstrates that the pillar of light is a representation of the Primordial Mother as the source of all life. This is not to say a pillar is not phallic. In this case, it is not referring to an aspect of the male body.

Lastly, we have the star. Considering that Elat was one of Ashera’s epithets, the Goddess par excellence is always associated with the heavens, the star drawing reference to that. Why the star as opposed to the sun?

In most civilizations, the sun also represented the Goddess, however it also represented her child that would do manifest activities in the material world. This “sun” could be male or female in body. However, the Queen of Heaven is best represented via the star, as it was also a reference to the Queen of the Sea, to not only denote a watery ocean, but the heavenly sea above us.

For me, this vision is just another way of the Primordial Mother pointing out to me that she is at the foundation of the traditions alive today. Furthermore, as one who is born into a matrilineal oracular tradition, the Primordial Mother is preeminent. The visions, insights, and guidance that become apparent emerge from Her as source. In order for me to fully understand the nature of this tradition, it is necessary for me to understand the nature of its origins and its agency/past-present-future influence.

It is not just enough to read the negativity the patriarchs have for the Great Mother. It is necessary to uncover why. 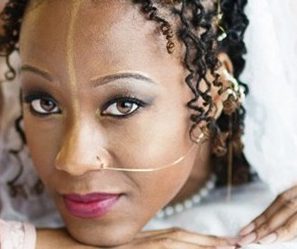 Alaya A. Dannu, MTP (aka Diya Prajnaparamita) is a woman of mixed heritage, born in Texas, raised in NYC. For the past two and a half years, she has been traveling the world living her dreams. She is a Vajrayana Buddhist, writer of poetic memoirs, and sacred dancer.

Combining her background in Transpersonal Psychology and 15 years of dream documentation her mission is to re-establish a woman’s ancestral visionary tradition as it has been revealed to her through her dreams and shamanic journeys.

She is passionate about assisting others with exploring their origins, identity, and purpose through the power and nature of dreams, and finding creative ways to express those themes.

You can read more on her blog at https://diyaprajnaparamita.wordpress.com/

On Sacred Activism: I engage in a bit of activism in my travels, dispelling stereotypes and ignorance on a plethora of topics/subject matter.  Take a look here and here.

*The matrilineal oracular tradition I was born into is closely related to the Sibyl tradition from antiquity.

**I equate the Great/Mother Goddess to the Primordial Mother, synonymous to the Cosmic Mother, and not the earth as an expression of the Great Mother. Thus why trees serve as a grand symbol of connecting that which is above [the heavens] to that which is below [earth]. My orientation is very cosmic.

Gimbutas, Marija. The Gods and Goddesses of Old Europe: 7000 to 3500 BC Myths, Legends and Cult Images. University of California Press, 1974.

Like Loading...
‹ Emergence: Poem to a Plant Goddess by Sara Wright
Three Herstorical Divas to Die For by Mary Sharratt ›