Home › Christianity › Gendered Only In Expression by Christy Croft

Gendered Only In Expression by Christy Croft 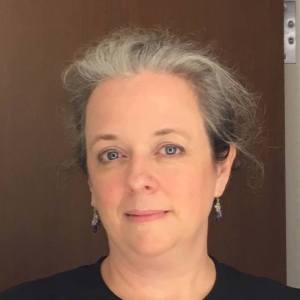 “I want you to see this new piece I wrote for our newsletter,” said Sister Ann.

We were safe inside the dining room of the Episcopal convent where she lived and I was an extended guest, and yet she spoke in hushed tones that suggested she realized the controversial nature of what she was about to say.

“This whole piece – it’s about the idea that being ‘born again’ clearly indicates the concept of God as mother.” She laid out her argument about wombs and motherhood and the feminine divine. It was a fairly essentialist argument (being the mid-nineties), but it was the first time I’d heard any modern Christian reference God as anything other than father, son, male. Before finding the Episcopal cathedral where I regularly attended services, I’d had two general experiences of the divine: the evangelical, conservative, patriarchal God of my father’s church, and the gender-creative spirit found in practices that were fairly alternative for my small, South Carolina town.

Hearing Sister Ann break out of those norms opened my mind to a new way of conceiving of both God and Christianity. This progressive view might not have been the norm in my church community at that time, but it was not unusual. A few years later, I moved into a new community whose diocese leaned far right and was considering a break with the Church over the acceptance of gays. I stayed for the priest – a former Jesuit who’d broken with that tradition in order to marry and who radiated Christ-like love with every breath, speaking a sense of Home into every sermon. Father Jim was gentle, kind, and loving.

One day, while co-facilitating youth group with a man was on that church’s board, a teen asked, “How can I see myself in God if God is male? Is God male?” My co-facilitator explained that God can be male and still love women, that God’s gender is not a statement on her worth as a young woman. Her face fell as she nodded at his response.

“You want to know what I think?” I interjected. My co-facilitator snapped his head to look at me as the teens waited attentively.

“I think God takes on gender only in expression. I think God has no gender, or at least that God’s gender isn’t set in stone, and that it is in loving, protecting, emboldening, teaching, and being present with us that God takes on what we would think of as gender. That’s what I think.”

I narrowed my eyes and smiled back.

A few months later, Father Jim announced his retirement. My co-facilitator from that night headed up the search committee for a new priest. When the new priest began, his first sermon was on the evils of cohabitation. His second sermon was on the evils of homosexuality. I never returned to hear a third sermon, willingly walking away from an entire community who had supported me through my move into a new state. Really, they’d already moved away from me, in the shift to a leader whose ideals challenged my very safety and right to embodied, accepted existence. After years of connection with the convent, and after feeling myself to be loved, accepted, and an occasion of joy for these sisters who had devoted their entire lives to the constant work of prayer and community, I had no patience for patriarchal rejection. I had no desire to have to prove myself.

As a side note: To my friends in the United Methodist Church who are currently feeling the sting of rejection, of not being seen as whole and precious – You are valid. Your presence is a gift and your time is a blessing, and whether you stay and advocate for change or step away to take your gifts where they will be appreciated, you do not need to prove yourself.

For me, when faced with rejection by a tradition that had previously fed me, I walked, and over the next few years a series of new practices and beliefs filled in the gaps that had been left by the absence of my former church community. And in finding new community, I became less attached to and dependent upon the Episcopalian rites that had once sustained and informed my entire spiritual life. New traditions offered insight; new rituals brought healing.

And yet to this day, I have not entirely let go of this part of my practice or belief. Portraits of Jesus and Mary are prominent in my home. I still regularly read and draw inspiration from the writings of Julian of Norwich, Hildegard von Bingen, and Teresa of Avila – mystics whose works were my breath and bones when the convent was my home away from home. That tradition still rolls off my tongue in ready commitment to “and also with you” and the way I chant the Psalter, and follows my thumb to my forehead, lips, and heart when hearing a truth so profound that I want it flowing in my veins. It comes out in my deep appreciation of a steel-faced acolyte, intent on their mission, swinging the censer like a medieval warrior brandishing a flail as the sweet smoke fills the air and my nostrils.

All of this is part of me, even as I realize how swift many Christians would be to tell me I’m not Christian. My response? Okay. I know who I am, and if my drawing on many traditions for my personal healing makes me unfit for shared Christian practice, no worries. I know who I honor with every action I take to bring love and healing into the world around me, or when I hold (individual and systemic) harm-doers accountable for their actions. This label? It’s not who I am. This interfaith lived practice of embodied worship, of continual gratitude, and of expansive love? That is who I am.

And this God who is many-gendered Mother, carries the ideal of Father, and is otherwise ungendered except in expression? The one I met in 1995 in a convent in Georgia? That God has continued to teach me about my own gender, about the ways in which my gender comes out in expression – in the fierceness of birth and years of nurturing breasts, in the protective fire in my belly and powerful resonance of my “this will not stand,” and in the gentle twist and flow of the limitless ways I meet this world.

Christy Croft is a writer, teacher, storyteller, healer, and consent and sexuality educator whose interfaith, personal spiritual practice is inspired by nature, informed by science, and grounded in compassion. She holds a Master of Arts in Liberal Studies with a focus on religion, gender, and social justice. She has facilitated safe and sacred space for over twenty years, as a suicide hotline counselor, doula, rape crisis companion, support group facilitator, minister, mentor, mother, and friend. Her research interests are ever-evolving and include spirituality, new religious movements, religiosity and popular culture, compassion, trauma, gender, sexuality, and intimacy. You can find more of her writing at www.christycroft.com.

Like Loading...
‹ I am in Peace: The Ministry of Margaret Fell by Mary Sharratt
Recognizing Abuse by Karen Tate ›