Home › Consent › Are Your Shackles Showing? Hyperbole, Metaphor or Shades of Reality? by Karen Tate

Are Your Shackles Showing? Hyperbole, Metaphor or Shades of Reality? by Karen Tate 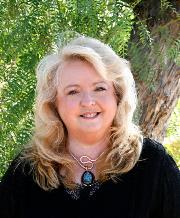 Note: These Comments Might Trigger You
You’ve been held in a windowless room for a long time.  So long, you can’t remember how long it’s been.  You have shackles on your ankles.  Sometimes you can see beyond your sleeping pad, sometimes not so much.  You’re instructed to perform tasks assigned to you according to the will of your captor.   Most days you work so long you feel as if you’ll drop.  Sometimes you have enough food to eat, other times not.  It’s cold and damp in this holding cell where you’ve lived most of your life.  You’ve been sick here, but you have no access to a doctor.  You’ve been beaten regularly, physically and verbally,  for infractions perceived by your captor.   You still have the bruises.  You’ve not been outside this place for so long you’ve stopped scraping the number of days you’ve been held captive onto the walls.
But, sometimes, you can faintly hear a voice whispering to you from the outside.  It’s a voice that calls to you in quiet moments when the usual crushing noise more easily heard doesn’t drown it out.  It’s hard to understand the words the voice is speaking.  They sound so foreign to you.   The voice suggests there is something else outside this cell.  When you ask your captor about it, the reply is always the same…laughter, mocking, anger.  So you become afraid to listen.

Then one day your captor gets careless.  Or maybe you’re listening closer.  The incessant noise seems less.  Your captor forgot to lock the shackles on your ankles and bolt the door.  You hear the voice outside.  It offers you something else.  It sounds too good to be true.   You’ve heard your captor say as much.   You’d been told that the voice offers empty promises that will never become reality.   But you ask yourself how much longer you can go on here?  So, you stand up at your sleeping pad.  Your legs are shaking.  The hair is standing up on the back of your neck  and carefully, timidly, you walk toward the unbolted door.   You reach out.  Your hand is shaking as you place it on the knob.  You see the red marks from old bruises on your wrists.  Something inside you knows you no longer can tolerate this cell.  Only, it’s all you’ve ever known, or it’s all you remember.

It’s your moment of truth.  You might not get this chance again in your lifetime.  Do you turn the knob?  Do you step across the threshold and move toward the voice?  Or do you shrink back, fearfully choosing the familiar, the devil you know?  Do you choose the somewhat reliable crumbs  laced with indifference and resentment your abuser has been dishing out for years?  Can this really be all there is?  Or can you find it in yourself to take a leap of faith?  Are you going to continue a life of institutionalized abuse and exploitation or are you going to walk across the threshold into a different  life?

That’s the choice so many of us are faced with today, from the boardroom to the bedroom and voting booth.  Do we continue to normalize the abuse from our religions, our employers, our government, our social circles, our political parties and even some of our families?  Do we continue to accept, even perhaps cheer, and normalize, the exploitation of capitalism and patriarchy? I think we’ve been conditioned to accept the abuse as normal.  We say things to ourselves like:
“That’s just the way it is.”

“There aren’t any options.”

Some say this new (or revived) path many of us see as an option is folly, baloney, or magical flying ponies.  They warn it’s riddled with danger, disappointment and failure.  Some even say you’re a lazy taker if you want a better quality of life and expect income equality, fairness and a solid social safety net.  If you want your tax dollars to work for the people.  If you want equal pay or control over our own bodies.

Others, who remember, or who look at the facts, know this “new path forward” was once a well-trodden path that led to balance, fairness and equality and can be again – but, perhaps many have forgotten, because they too have become locked in the windowless room for too long – or – perhaps, they reject these ideas because they now are the ones with the power or they perpetuate the status quo.  Perhaps, they are the ones holding the key to our cell.

Some food for thought.

Karen Tate, speaker, author, workshop presenter, and social justice activist is the radio show hostess of the long-running internet podcast, Voices of the Sacred Feminine on Blog Talk Radio. She has been invited to speak at prestigious institutions such as the Council for the Parliament of World Religions, Glastonbury Goddess Festival, American Academy of Religion, Joseph Campbell RoundTables, conferences, theosophical societies, colleges, churches and many private organizations. She can be seen in the influential docu-film, Femme: Women Healing the World produced by Wonderland Entertainment and actress, Sharon Stone. She is an associate with the Joseph Campbell Foundation and organizes the Joseph Campbell Roundtables held at the Museum of Woman in Irvine.  Karen is the author of three books and she’s curated three anthologies, referred to as the “manifesting a new normal” trilogy.  The most recent, Awaken the Feminine, is just out in early 2019. Karen is a certified Caring Economy Conversation Leader and Power of Partnership Practitioner with Riane Eisler’s Center for Partnership Studies.  She has a certification from Smith College in the Psychology of Political Activism: Women Changing the World and she’s been named one of the Thirteen Most Influential Women in Goddess Spirituality and a Wisdom Keeper of the Goddess Spirituality Movement.  She lives in her mountain sanctuary with feline daughter, Lilly, and Roy, her husband and partner of more than thirty years.

Like Loading...
‹ The Time My Kids Broke Me Out of Jail by Trelawney Grenfell-Muir
“Not If But When” by Barbara Ardinger ›