Hagar and Intersectionality by Marilyn Batchelor 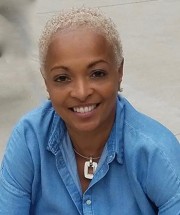 I began to follow Kimberlé Crenshaw a little more than five years ago when I first learned of her theory of intersectionality as a more concise description of oppressions stemming from race, age, gender, sex/sexual orientation, religion and socio-economic status.

In Delores Williams’ book, Sisters in the Wilderness, there is a closer look at womanist theology as it relates to Intersectionality. The focus on traditions of biblical appropriation that emphasize liberation of the oppressed “showed God relating to men in the liberation struggles,” Williams says in the introduction. “In some African American spiritual songs, in slave narratives and in sermons by black preachers, reference was made to biblical stories and personalities who were involved in liberation struggle.” 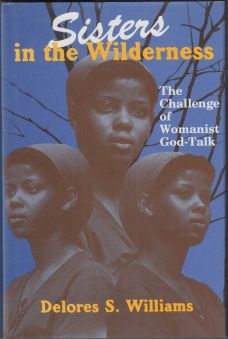 While taking a hybrid course in Religion and Intersectionality this Summer, I began to spend an extensive amount of time on the message of Hagar in the Old Testament of the Bible. I view Hagar as the first runaway slave and first female, in the Bible, to liberate herself from an oppressive power structure. She happens to also be a woman of color.

The central issues of Hagar are economics, inheritance, homelessness and struggle for freedom. It reminds me of Paulo Freire’s reference to oppression in his book, Pedagogy of the Oppressed. He uses the terms “oppression” and “oppressed” in a manner that invokes intersecting “inequities of class, race, ethnicity, age, religion and citizenship.”

An Egyptian servant, Hagar once belonged to the Pharaoh who gifted her to Sarai, Abram’s wife. Abram and Sarai were past 80 and still had no children. Spending 10 years in Canaan, Sarai became impatient and offered Hagar, as a second wife, to her husband to impregnate, due to her barrenness. As Sarai’s slave, Hagar’s baby would belong to the couple. “Listen, now! Since Yahweh has kept me from having children, go to my slave-girl. Perhaps I shall get children through her” (Genesis 16:1-2).

In Genesis 15:2-3, Abram considered the Nuzi Law, which would have allowed him to adopt a male slave from his household as an heir to the family fortune and care for him in his old age. Instead, Sarai offered Hagar to serve as her surrogate.

Sarai was within custom to make this proposal. No one else in the home, including Abram, could enforce Hagar to do anything without Sarai’s permission. As with African slaves in America, the law guaranteed that slave holders had complete power and authority over the black bodies and their reproductive abilities, whether under the impregnation of the masters or an offered male slave.

Once motherhood came into play, an adversarial relationship developed between Sarai and Hagar. The Bible explains that the conflict arose as Hagar began to behave as if she should take Sarai’s place, since she was producing Abram’s offspring. The laws allowed for Hagar to be punished for putting herself on the same level as Sarai. But their relationship was a bit more complicated, since she did make Hagar Abram’s wife. However, Sarai chose to remind Hagar of her place in the home.

This disruption within the household resulted in Hagar, pregnant, poor and distraught, to run away. Through this lens, we see the struggle between the powerful and powerless, whether it’s forced motherhood, rape by Abram and Sarai, or the oppression enforced by Sarai upon this impoverished maid.

And this time the oppressor is an Israelite, the slave is Egyptian. “And the angel of the Lord commands the escapee to return to her cruel mistress and submit to her harsh treatment.” (the Jewish Bible). However, there are power dynamics between Sarai and Hagar. As Mignon Jacobs states in her book, Gender, Power, and Persuasion, “every relationship includes power dynamics in which weakness is a facet of power” (129). Sarah’s identity as wife and mother defines her power in the family.

Sarai never called Hagar by her name in chapter 16. When she offered her to Abram, as well as when expressing her anger over Hagar’s behavior post-conception, she referred to her as “my slave-girl.” Hagar was nameless. She was property with one purpose.

Hagar has little say in the use of her body or her offspring, although they are both Abram’s wives. Sarai gave Hagar to him as his wife to bear an heir. She is co-wife and servant. Yet, Sarai wants to keep Hagar subservient in some manner.  As a result, Hagar runs away a second time and settles in the wilderness after Sarai banishes her and her son, Ishmael. God promises her that Ishmael will be a wild man, who lives in adversity. He becomes leader of the Arab nation – continuously at war with the Israelites to this day.

We see a pattern of the matriarch oppressing an Egyptian, a reverse of Egyptians oppressing the Hebrews in Exodus and making them flee. In Hagar’s case, she was forced to be a surrogate mother, as Williams echoes. Sarai, a wealthy Hebrew woman, could bring her own maid to her husband, who did not have access to her the way he did his own female slaves.

This said, we see Hagar’s power, which she demonstrates through self- preservation by leaving, with the notion that she should not be oppressed. Also critical to note, Hagar is one of only four people in Genesis to communicate directly with the Deity and she’s a female, Egyptian slave.

There is a direct correlation between Hagar and 19th century African slaves, who were raped by their masters to populate the American plantations, increasing the workforce and the wealth. Hagar’s story is one that emulates the intersectional oppression experienced and continues to exemplify the oppression endured by women of color today. She is also a model of hope through her self-liberative actions and the divine call for liberation.

Marilyn A. Batchelor is a 20+ year veteran of the entertainment and media industry. After 20 years working in major corporate environments, Ms. Batchelor joined the team of GPE Records as senior vice president of marketing and brand partnerships. A consummate academician and writer, she is a native of Detroit, MI. She is a resident of Los Angeles; a graduate of Syracuse University (Journalism, English Literature & African American Studies); Harvard Business School’s PMD program (Exec MBA equivalent); Fuller Theological Seminary (M.A.Theology & Ministry) and a PhD student at Claremont Graduate University (Religion & Gender Studies) class of 2019.