Judaism or Christianity: Which Tradition Is More Open to Feminist Change? by Carol P. Christ 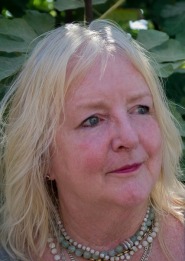 Jill Hammer’s recent post on midrash surrounding the Biblical figure of Eve (Hava in Hebrew) sparked me to muse again about the fact that, despite its patriarchal roots and overlay, Judaism is a much more flexible tradition than Christianity and, therefore, much more open to feminist change.

Part of this is due to the fact that Judaism is midrashic while Christianity has been and remains a doctrinal tradition. Midrash is a form of Biblical interpretation that includes retelling the story to fill in the blanks and to answer contemporary questions left unanswered in the original text. Jews consider the Torah (the 5 books of Moses) to be the “Word of God” though opinions vary as to what this means. In the rabbinical tradition, the Torah is interpreted through the Talmud which is an extensive collection of discussions and disputes that draw on Biblical texts in relation to contemporary (to the rabbis) questions. Midrash included in the Mishnah (a collection of teachings that preceded the Talmud) and the Talmud are considered part of the “oral Torah.” which is also “the Word of God.”

The Talmud is considered to be authoritative, but it includes conflicting interpretations that were never resolved into a single definitive view. Though different Jewish groups have declared certain views to be normative, other groups have disagreed. There is no central authority (such as a Pope or council) to resolve these disputes. Though some Jewish groups disagree strongly with the beliefs or practices of others, in Judaism as a whole an attitude of “live and let live” leads to inclusion rather than exclusion. Indeed. The Talmud records that in the midst of a particularly vehement dispute between two rabbis, a voice intervened, stating: “These and these are the words of the Living God.” (Quoted by Judith Plaskow in Goddess and God in the World.)

Moreover, in Judaism there is no requirement that “legitimate” worship must take place in a synagogue or under the direction of a rabbi. Traditionally, the presence of 10 male Jews intending to worship together constituted a quorum. Indeed, the important celebrations of Shabbat (Sabbath) and Passover occur in the home. Experimentation with alternate and feminist liturgies can occur in these spaces.

In the 1960s and 70s a widespread vibrant Chavurah movement developed. These groups met in homes and often created their own liturgical forms. Challenged by feminist members, most of these groups began to count the quorum as 10 Jews, male or female. These groups were accepted as legitimate sites of Jewish worship by most other Jews. Reconstructionist, Reform, and Conservative denominations now count women as part of the quorum, leaving the Orthodox the last to count only men.

Jewish women who offer new interpretations and retell Biblical or post- Biblical stories from different points of view assert that they are simply doing what has always been done. In the Kohenet or Hebrew Priestess community, women reclaim leadership roles that fall outside of rabbinical norms and openly worship the Hebrew Goddess. Though the beliefs and practices of this movement have not been accepted by the major Jewish denominations in the United States, neither have they been widely condemned.

In contrast, Christian women who try to change their tradition(s) come up against dogma and doctrine as well as theories of scriptural inerrancy. With the establishment of Christianity by Constantine, churches were understood to be the only legitimate sites of worship and priests (and later, ministers) the only legitimate leaders of worship and dispensers of the sacraments.

The early church also became (rigidly!) doctrinal as various theological disputes were resolved in Church councils. The winning views became Church doctrine, while the opposing views were declared heretical. Heretics–including witches–were tried, banished, or killed in both the Roman Catholic and Protestant traditions, especially in the early modern period. While Protestants left England in the name of religious freedom to found the American colonies, they became dogmatic and exclusionary in the New World. Feminist challengers of  this status quo face allegations or even charges of heresy, especially if they are employed by a church.

The Re-Imagining movement arose in the 1980s as a response to the pervasive male language for God in both Protestant and Roman Catholic churches. It predated the Hebrew Priestess movement by several decades and was originally endorsed and funded by several mainline Protestant groups. But when it was reported that at their conference, the women invoked the deity as our sweet Sophia with milk and honey flowing from her generous thighs, all hell broke loose. One of the conference leaders was fired from her job, sending a clear message to women ministers and priests that radical experiments with female God language would not be tolerated. The Pope followed by declaring that baptisms must be in the name of the Father, Son, and Holy Spirit: feminist alternatives such as Creator and Redeemer were declared invalid. Sadly, experimentation with female language for God is largely a thing of the past in churches.

Christian feminists face other restrictions not experienced by their Jewish counterparts. Women meet to experiment with liturgy in private Woman Church groups, but these groups are not recognized by Protestant denominations or by the Roman Catholic church as legitimate sites of worship. Though women continue to be ordained as ministers and bishops in Protestant churches, they must affirm classic doctrines and dogmas as part of their ordination process and are not generally given leeway to disagree with them. Christian feminist Biblical scholars tend to focus on Biblical texts, for example by providing novel interpretations of words that challenge the androcentric biases of earlier translations, but they may not feel free to retell the stories.

Though liturgical change is slow within the Jewish denominations, feminist Jews can find other way to feed their souls. Christianity, on the other hand, is burdened by doctrinal rigidity and by the assumption that a church presided over a priest or minister is the only legitimate place of worship. Christianity is showing itself to be a far less inclusive and flexible tradition than Judaism. Given its ongoing doctrinal rigidity and insistence that worship must be conducted by clergy, I wonder if it can be changed–especially given that most of those who desired change have left the mainline (non-fundamentalist)) denominations.

Like Loading...
‹ Post-Hysterectomy Reflections: Not All Women Bleed by Ivy Helman
In Sight (Part 1) by Sara Wright ›