Immortality: Distinctions and Confluences Between Feminist Theology and Mormonism By Caroline Kline

On the whole, I like the Mormon concept of immortality. I like the idea of being with my family forever. I like the idea of being able to love and live with a child or spouse or parent that might have died too young. I like the idea of being eternally engaged in learning and working with others. I do fully admit, I am put off by the idea that I as woman might be eternally giving birth to spirit babies, and the status of Heavenly Mother – my immortal role model – is angst inducing if I sit down and think about it for very long. But in my positive moments, I have some hope that my husband and I would actually be equals in the next life – that the patriarchy of our Church and of our world is just a natural consequence of the fall and of human fallibility.

So I initially found it a bit jarring to read about Rosemary Radford Ruether’s take on immortality. 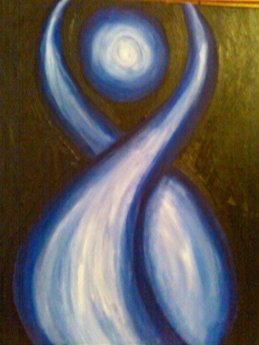 Ruether, author of Sexism and God-Talk: Toward a Feminist Theology, questions whether or not the idea of immortality is an outgrowth of a Western (and she would also say male) concern with self-perpetuation as well as an abstraction from the real life processes of growing, birthing and dying. She has reason for this latter concern: in traditional Christian theology, immortality is static, and according to some Church fathers, the resurrected female body (not the male) will have its sexual organs neutered in some way so as to not be able to inspire lust.

Ruether proposes that we explore a feminist theology that moves away from thinking so much about the ego’s everlastingness and instead accepts our own finiteness and embraces death as part of a natural matrix of humans and non-humans, who spring from the earth and eventually return from it in a nutritive regenerative cycle. Rather than hoping for the ideal in the next life, she urges us to use this present moment to create a just and good community for our children.

I have mixed feelings about Ruether’s take on immortality. On the one hand, I very much appreciate her ideas about valuing the body, accepting change, and restoring balance between human and non-human. On the other, I admit that I find it empowering and elevating to think of existing eternally, to think that my soul is co-eternal with the divine (even if that idea is a bit egotistical).

Caroline is completing her coursework for her Ph.D. in religion with a focus on women’s studies in religion.  Her areas of interest revolve around the intersections of Mormon and feminist theology and the study of contemporary Mormon feminist communities. She is the co-founder of the Mormon feminist blog, The Exponent.