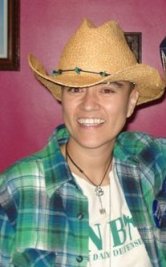 Being passive spectators of violence and injustice, even if mournfully so, is not just a thing of Panem, it is our everyday reality.

In The Hunger Games Suzanne Collins takes the reality of an unjust society and gives it an imaginative makeover. In Panem, most people are kept at such extreme levels of hunger that even when they do eat they cannot fill the hollowness that has settled in their stomachs, while others are deciding on the next cosmetic alteration they will undertake – whiskers, jewel implants, or green-tone skin color? The disparate conditions between the rich and the poor, the few and the many are absurdly and starkly portrayed but done so in a way that we can still recognize our world in theirs. And at the center of this world is the state imposed ritual of punishment and control, the yearly Hunger Games – a nationally televised competition that all the people of Panem are required to watch. The 12 districts watch mournfully as two kids from each of their districts compete to the death, and the wealthy watch gleefully, for the games are the height of their excesses and entertainment. The yearly Games conclude when one kid, the lone ‘victor’, is left standing. All while the nation watches.

In her article for CNN, Danielle Tumminio posits that the Hunger Games asks us not to watch – it asks us to not be entertained by violence, to not be spectators of death, to not be passive bystanders. That instead the movie is a call to protest violence and injustice, actually inviting us to walk out. However, Tumminio reflects, “As I watched Katniss Everdeen fight to the death, I became aware that I could just as well have been a citizen of Panem, watching the Hunger Games on a giant screen, rooting for favorites, desensitized from the…incredibly disturbing violence.” She admits, “I did not heed [the] call to protest the Games’ viciousness. I did not walk out.”  Her reflection made me wonder –> would it really have made any difference if she had walked out of the theatre? Would this action actually have a shaping effect to who she is in this world?

On Thursday, thousands of churches across the U.S., and around the world, will begin commemorating the last few days of Jesus’ life. They will celebrate Maundy Thursday with a shared meal and maybe a foot washing ritual. They will hold vigil as they remember Jesus praying alone in the garden asking that the bitter cup of his imminent death be removed from him. Christians will then strip the altar of any decorations as they mark Jesus’ betrayal and his arrest; silently, and often in the light of only one candle, they will solemnly leave the church. On Friday many will return to hear the violent and torturous story of Jesus’ execution and last hours, culminating in his anguished words, “my god, my god, why have you forsaken me.” Some communities will reenact the story. And here is where I want to return to Danielle Tumminio’s reflection and one of her musings about this holy week ritual; she asks, What would Good Friday be like if once, just once, Christians stopped their church services in protest or stopped a re-enactment of Jesus’ death and took him down from the cross just in time?

When I first read that sentence, I almost cheered out loud – Yes! That’s what we should be doing!

And so I ask you again, Would this action actually make a shaping difference to the kind of people Christians might be in this world? What difference does it effectively make to have the yearly ritual be one in which Christians were interrupting the violence instead of simply remembering it and watching it all over again? What if Christian communities refuse to participate in remembering the event as it occurred and instead practice a ritual that actually acknowledges and physically moves them toward the potential of new life – of a new divine way of life? The ritual re-imagined, a ritual in which Christians stopped their church services in protest and took [Jesus] down from the cross just in time may more accurately reflect and enact the call to end this kind of violence, injustice, and torture and not allow it to happen to anyone else again. The ritual re-imagined, instead of being the practice of passively watching endless circles of death, can be the catalyst that empowers and shapes us into people who protest injustice, interrupt violence, and actively participate in life – our own and one another’s.

I do think rituals have a shaping effect on us, even the seemingly small ones like walking out of a movie theatre. All our actions, but especially repeated ones, can either shape us toward life or toward death (or survival too actually). My wish for us all is that we  may always and in every moment choose that which may bring forth life, especially on our holy days – which really is every day.

Thank you Danielle for inspiring my reflection.

Xochitl Alvizo is a feminist Christian-identified woman and theologian currently completing her PhD at Boston University School of Theology in practical theology with a focus on ecclesiology. Finding herself on the boundary of different social and cultural contexts, she works hard to develop her voice and to hear and encourage the voice of others. Her work is inspired by the conviction that all people are inextricably interconnected and the good one can do in any one area inevitably and positively impacts all others.

Like Loading...
‹ THE CARELESS SPIRIT OF ANNIE CORLISS: TRUMPING DESPAIR IN THE NEW WORLD by Carol P. Christ
The Feminist Toolbox by Marie Cartier ›