Don’t Worry, I Won’t Marry Your Girlfriend: Sexuality, Identity, and the Easy Laugh 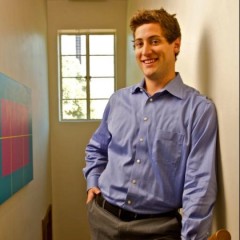 I must say, I will be the first to admit that the recent outbreak of videos promulgating the idea that gay men will marry a straight guy’s girlfriend or lesbians will marry a straight girl’s boyfriend all for the sake of marriage equality left me stifling my laughter as I attempted to pay attention in class.

However, after the calamity died down I took a moment to reflect upon the intrinsically embedded aspects of misdirected norms of sexuality, gender, and misogyny latent within the laugh lines and the guffaws throughout each video.

The images that are present within each video not only work to reinforce the cultural and sexual stereotypes that propagate that ideas that gay men are inherently more sophisticated that their heterosexual counterparts (as well as better dressers) or that lesbians are just like a straight girl’s boyfriend who loves videogames, sports, and beer (and has no problem with his World of Warcraft Addiction) but also work towards breaking down the proverbial bridge that activists have attempted to build between individuals and groups, such as religious organizations, in order to get them to not see the error of their ways, but rather understand that love and committment, comes in multiple forms.

Although these videos were created to shed light on some of the issues that are present within popular culture as well as to get the easy laugh and adoration of fans from across the world who are fighting for marriage equality, the creators must be held accountable for the responses that have developed as a result of the challenge each of these videos presents to heterosexual society.  These videos dare to tackle the inborn quality that men not only should marry women but also that they are suppose to marry them as an acquisition of property rather than an object of affection.

These videos create a world that is reinforced by the idea that straight men have something to fear from gay men and that both gay and lesbian individuals are lacking an important aspect that signifies their identity as a member of society: the acquisition of a woman.  The dialogue that remains, after we essentially walk through the proverbial smoke and mirrors that these videos create, is both dualistic and reductionist at best.  No longer having to deconstruct the larger cultural and sexual narratives, heterosexuals who do not support marriage equality or feel threatened by homosexuals return to their one source of power that reinforces the ideology that they are on the right path: the Bible.  “Marriage is between a man a woman,” or “A man shall not lie with another man as he would a woman,” becomes the newly reinforced heterosexual rallying cry and the progressive progress that occurred in the past becomes nothing more than a joke.

Although these videos make it difficult to ignore the issue at hand without breaking into a fit of laughter, the issue of equal rights or marriage equality should never be reduced to a laugh line.

John Erickson is a doctoral student in American Religious History at Claremont Graduate University.  His research interests involve an interdisciplinary approach and are influenced by his time working at a women’s center and active member in the GLBTQ and women’s rights movements.  His work is inspired by the intersectionality of  feminism, queer identity, and religious political and cultural rhetoric.  He is the author of the blog, From Wisconsin, with Love and can be followed on Twitter at@jerickson85.

Like Loading...
‹ Does Belief Matter? by Carol P. Christ
We’ll Have a Green Christmas… Together! by Tallessyn Grenfell-Lee ›