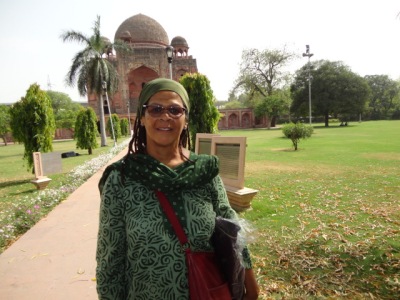 Recently a controversy broke out surrounding a University talk I was to give in Tamil Nadhu, here in India.  That visit was to include a workshop and several meetings, including one with the all women Jamaat or STEP – the first of its kind in the context of the male dominated personal status law scenario in India).

This is how the events unfolded:  Before I came to India last year, I began communications with various Non-Government Organizations on gender and justice in Islam and with academics or others related to the study of Islam.  At that time an invitation to visit Madras University was extended to me. It took the better part of the year to get the details sorted out.  Meanwhile, I traveled throughout India, spoke at about a dozen Universities and several community organizations (including mosques), and started a book club discussing reformist Islam with interested persons in Kerala.

I also traveled outside of India for public and academic lectures and workshop.  In those cases, as a retired person, I only speak with an agreement for a minimum honorarium.  I made no such requirement to local Universities across India. In some instances I spoke after I flew into the city or area by my own means and while paying for my own accommodations.  I considered this par for the course: par for the course of my interests and contributions to Islamic thought and gender, and par for the course of the economic realities of India.

I passed the remainder of my time here very quietly, very discretely.  I traveled as much as I could to see the landscape, the sacred places, and the people.  Now I am near the end of the lease on my apartment and can think about making the transition back to my home in the US.

The evening I was due to fly into Chennai in the state of Tamil Nadhu the airplane had some mechanical difficulty and we were stranded in the tiny airport awaiting an alternative.  They feed us, and while sitting in the waiting room sending text messages to update my host at Madras University who was to receive me at the other end, I get a disturbing message.  Then we talk and he asks me to hold on while he contacts others involved in this agreement, namely the US Consulate office.  It occurs to me that after 7 hours sitting in the airport that if there is ANY sort of problem, I would just as soon take a cab back to my apartment.

In the morning I respond more coherently stating my personal objection to what was explained to me: some fringe or extremist group complained that I had given a talk elsewhere in Tamil Nadhu that led to a riot.  Well, that was a lie. I had never been to Tamil Nadhu (except as a tourist for one day at the Southern Most Tip of India.)  I had certainly never given any talk there.  Furthermore, of the dozen or so talks I have given at various universities and community organizations across India, there has never been even the slightest incident.  I was appalled that a lie could be accepted as fact and a well planned university event could be stopped this way.

In my letter response I expressed dismay that my safety could not be guaranteed.  I was disappointed that a university would bow to vicious lies in making it decisions and considered it unprofessional.  Leading up to the elections, now, this became steeped in even more sensationalism that takes its own course. It rises to a crescendo with my name thrown around for good measure.  At first, I declined all offers for the media and asked them to speak with the organizers as this was a local problem and had to do with the nature of academic excellence beyond my personal invitation or contribution.

Eventually my facebook and twitter accounts became a source of “direct quotes”. I did make notice that this would be my last event in India:  no more lectures, interviews, speaking in public or meetings.  But then, that is not so strange.  I have a few upcoming commitments outside of India for which I must prepare and then the closing of my apartment.

The thing is—now that this has happened—EVERY thing I have done here in the past 10-11 months has been erased.  Nothing about voluntarily organizing a book club and meeting with them twice a month to lead discussions can ever compare to the sensationalism that says I was “silenced” “muzzled” “censored”.  In fact, those people who had been a part of the book club are probably quietly glad that it no longer meets because somehow this taints everything that I did and everything I do.  Nothing is said about my haven spoken at other universities and organizations, because well, those were just the usual boring academic exchanges or interviews. Who would want to follow up on that?!

I become an irresponsible ‘rebel rouser’. I choose those words because the US consulate officer told me pointblank that they would “never have invited” me if I were a “rebel rouser”.  Although they might have accepted then that I am not a rebel rouser, the way this event was handled in the media turns me into one.  This in turn affects how I am perceived by everyone.  People believe the hype. All that I have done quietly and out of generosity is null and void. Try as I might to stay above the chaos even well wishers and friends who have rallied to my support, mostly do so in a way that makes this and this alone mark all my time spent in India.  It’s sad really, and a shame how much people love sensation. It becomes the sole marker of all that is, making ordinary good deeds naught.

It is no wonder I try to just say no to the press.

Like Loading...
‹ 5 Interesting Facts about Women and Religion by Kile Jones
GODDESS AND SACRED COW: A RE-EXAMINATION OF THE MYTHOLOGY OF THE SACRED BULL by Carol P. Christ ›