Home › Activism › We Are All Jennifer Lawrence by Martha Cecilia Ovadia

We Are All Jennifer Lawrence by Martha Cecilia Ovadia 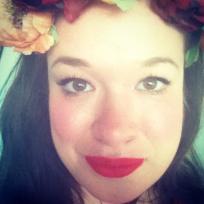 I don’t want to be an angry feminist.

I don’t want to be angry.

I’m sad more often than I am angry.

The sadness that I speak of runs deep.

I had an entire blog ready to go for posting this week, but as news broke of Jennifer Lawrence’s stolen pictures, I couldn’t bring myself not to speak up.

If you have not heard yet, hackers broke into Jennifer Lawrence’s personal accounts and uploaded quite a stash of private photos on to the internet. They are currently threatening to upload stolen videos as well.  You can find the story chronicled here. I’ve decided to link to a feminist website that is withholding the photos because, trust me, you do NOT want to wade the waters of what is out there in regards to this story. It is rage inducing.

Celebrity hacking scandals are not new, but every time a new one happens, I am surprised by the general apathy and sometimes glee I see expressed all over the internet.

“Well, if she didn’t want them leaked, she should not have taken the photos or put them in a public place!”

For some reason, the Jennifer Lawrence leak in particular has hit me hard. Not because I celebrate celebrity culture, but maybe because I’ve watched her career from the beginning and sadly kept waiting for something like this to happen. Isn’t that awful? Is that the world we live in? There have been many other celebrities who have experienced hacks like this recently, (and there are many other celebrities leaked in this one batch) but because she is a prime example of what happens to women–the arch by which we all live by–I think it is important we talk about it.

Jennifer Lawrence has been built up by Hollywood (and those who follow it) to the point of it being slightly obnoxious (which she has talked about in interviews). The pedestal on which she has been standing on is a high one. It was only a matter of time till someone (society) took her down. This isn’t a cycle that only celebrities experience. Women experience this cycle of pedestal/fall time and time again. With the virginity myth, we constantly see how, if you do not fit the mold of the virginal bride, you suddenly fall– no longer able to define yourself by the patriarchal structures that deem you worthy of respect. This arch is a life cycle for most women. We start off as girls asked to follow simple rules. We are allowed to be children for a time. We are then allowed to date (respectfully and discretely), marry and then (quickly) are asked to have babies. That is it. That is our cycle. If we do not follow it, we fall and we fail by “societies” standards. Its simple: if you are a girl, be virginal. If you are a wife, be motherly. If you can’t fit those very defined terms, you are labeled words like slut, whore, and “fallen”. I firmly believe the terms used in the Church to describe the secular words are even worse: broken, dirty, used.

I’ve already seen people on my social platforms explaining away how celebrities being violated by hackers are responsible for their own demise. The victim blaming is immediate and almost reactionary. “There is no misogyny involved!” they say. “Stop making everything about patriarchy!!”  I always wonder–if there is no misogyny involved, why have I never seen Justin Timberlake’s or Jay Z’s nude pictures plastered all over 4chan or Reddit? Why have we yet to see a nude selfie of the selfie king himself, Kanye West? Why?

It’s because men only feel ownership over women’s bodies–not mens. That ownership extends and enables hackers to feel the right to hack into these women’s accounts and then plaster them all over the Internet. That same ownership discussed above also allows the millions and millions of people all over world to view those pictures without giving a second thought to the fact that those pictures are STOLEN. They do not belong to them. They were not meant for their eyes. They are a violation. And by viewing them you are violating another human being. I can’t believe I even have to make this argument, but what if those were your sister’s stolen pictures? Or daughters? Or nieces? What if it was your neighbor? Best friend? Wife? Best friend’s wife?

As if this isn’t enough of an argument, this isn’t solely a celebrity problem. Most people do not realize that the stolen picture problem extends to them. There are places on 4Chan and Reddit that keep pictures of young girls in their bathing suits catalogued by “creepers”. They are legally taken from facebook and other platforms and even though they are innocent enough on their own, when they are put together and curated by pedophiles they are an awful place to be on the Internet. The name of these Internet chambers? Creepshots. Don’t believe me? Here is an article about how hard certain communities have been fighting to get these taken down. It is so sad. It is nearly impossible to do. Once pictures are up on the Internet it is almost an impossibility to take things down, and the Internet protects places like creepshots. Cyber crimes are the new Wild West and these guys are the worst sorts of outlaws. There is also revenge porn, a crime that time and time again shocks me. This is when a boyfriend or husband uploads and disperses private photos or videos after a relationship is over. One of the most famous cases is that of Holly Jacobs, who after trying to fight her experience alone took her abuser all the way to court. To read about her experience (and courage), click here.

None of this is easy to read. I don’t enjoy typing this. But the war on women is real, and sometimes we have to talk about it, even if the catalyst is a celebrity who is experiencing it on the world stage. I hope that whoever leaked the pictures of Jennifer Lawrence is brought to justice. I hope they are charged for cyber crimes, but I won’t hold my breath. The biggest change, the real change, has to come from within. We have to, as feminists, challenge the way society views our bodies and their ownership over them. This is no small matter. Even as I say and type this I wonder–what on earth does that mean? How do we do this? What can be done? Quite a bit actually, though none of it is easy. I’ve come up with a small list but I would love to hear your suggestions for how we tackle this head on as a community.

So, I end tonight with the same thought I started this morning with. I wish the world we lived in were different. I am angry. I’ve been angry for a long time. But I am mostly sad. I want more. I expect more–but the older I get, the more I realize that I must demand the change I want because it is not coming and there are new girls being born every day who deserve better.

And in true Internet fashion I end with hashtags. #yesallwomen #wearealljen

Martha Cecilia Ovadia is an Interdisciplinary Ph.D. Student in Feminist Theology and Children’s Literature at Claremont Graduate University.  She holds a MA in Religion, Ethics and Culture, focusing on Catholic Sexual Ethics and a BA in Religious Studies. She has written extensively on Revisionist Catholic Theology and has dedicated quite a bit of her studies to her very special interest: Harry Potter. Her proposed dissertation is on feminist writers and emerging young adult dystopian literature. She currently works with academic journals in the publishing industry in Los Angeles. When she is not working on her dissertation or editing journals, she can be found working on her debut novel or cuddling her two ferocious Pomeranians.

Like Loading...
‹ A Mother Not Feeling Guilty by Natalie Weaver
Muslim Separatists and The Idea of an “Islamic” State by amina wadud ›