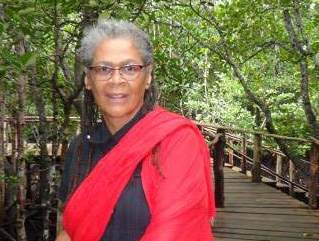 I was born the year the Supreme Court of the United States of America began to hear Brown v. Board of Education of Topeka; a case that ought to be known to all as a matter of US history. Here is a precise, but telling history of how that case came into being. This historical account lacks hyperbole, perhaps because one feature of legal-eeze carries the technical title (and appropriately so) of being a brief.

In case blog readers don’t do background research or follow footnotes, I raise these salient points: The Declaration of Independence states “all men (sic) are created equal.” At the same time as it was written and signed into law, the legal enslavement of Africans was in full practice. This incongruence required further legal action to change that in the form of 13th Amendment to the US Constitution which made slavery illegal.

It should be no surprise that “equality” did not result from this and thus the 14th and 15th Amendments attempted to address inequities in more specific terminology. All of these Amendments were ratified the 19th century.

The last decade of the 19th century, Plessy v. Ferguson reached the Supreme Court. Plessy was an unsuccessful challenge, attempting to point out how manifest inequality– the “separate but equal” doctrine in practice across the United States– violated the constitutional notion of equality before the law. Judge Brown sums up the majority opinion which went against Plessy:

The object of the 14th Amendment was undoubtedly to enforce equality of the two races before the law, but in the nature of things it could not have been intended to abolish distinctions based upon color, or to endorse social as distinguished from political, equality..if one race be inferior to the other socially, the Constitution of the United States cannot put them upon the same plane

It would take more than half a century before Brown v. Board of Education brought out the many subtle ways, over the century since the legal end of slavery, that the racial divide had been enforced. It started very early in life, in the form of separate educational systems that only perpetuated the impossibility of constitutional consistency and equality before the law.

We still have a long way to go.

I looked at the transcript from the Grand Jury hearing seeking an indictment against Officer Wilson, who shot and killed unarmed youth, Mike Brown, to see the reality of continued inequalities. In particular, the role of the police in the Black community clearly has not served except to perpetuate the siege on this population– in particular Black males. If the nation’s population is around 13 percent African-American, why is half the prison population Black?

Yeah, it would be easy to say (or wish) this was because Blacks are just more criminal than other races.

Indeed, the illogic of this just “more criminal” inclination starts as early as preschool in America. Black children are several times more likely to be suspended because they are deemed morally culpable in ways apparently White children are exempt from in the same settings. The problem is more complex than just Black criminality.

In fact, this court case points out a peculiar divergence overwhelmingly. For example, out of 162,000 cases in 2010, only 11 came away WITHOUT an indictment. When the courts are seeking an indictment against police officers, however, the statistics change drastically precisely because we allow this data to go uncounted.

Keep in mind, that every 28 hours another Black person is shot and killed by police in America. Thus several concentric circles of despair cannot be adequately accounted for in a system that has: 1) not dealt with its own legacy of on-going racism, 2) not examined the role of the police in the Black community given its historical evolution from the slave patrols in the 19th century, and 3) excuses violence perpetuated by the police as justified, then seeks to attach pathologies to violence erupting in certain communities as happened after this failed indictment.

This week, before the acquittal came, I reviewed the following article with this brazen title: Studies Confirm Dehumanization of Black Children and the ‘Preschool to Prison Pipeline’.

And again, in case it’s too much background research to follow, I will summarize in two sentences: 1) According to the US Department of Education, studies confirm that Black and White Children in America receive radically different treatment with negative disciplinary actions against Black Children starting as early as age 3. 2) “Although it is clear that negative behaviors were magnified through ‘race-colored glasses,’ according to Yates (UC Davis Professor), her study of children engaged in pretend play found that “there is also potentially a systematic devaluing of positive attributes among black children.” This made her concerned about how “very early on, some kids are being educated towards innovation and leadership and others may be educated towards more menial or concrete social positions.”

As the Mike Brown case explodes, not only in violent protests across the United States, but also in social media, where racists epithets and rambling racist trolls greeted me this morning because I spell AmeriKKKa, I wish to call all of our attention back to spirals of inequities that have continued in increments from the time of my birth just before Brown v. Board of Education— which ostensibly set the ground work for equality both socially and before the law.

We still have a long way to go.

It is disheartening that further violence has been the chosen response by some, out of frustration, disregard or even greed to loot stores in the neighborhoods of Ferguson. I condemn such violence and destruction of property, but I make it clear this is not a substitute for intense engagement with one crucial ailment in the US: systemic and endemic racism.

We do have the means to eradicate it and other forms of injustice. That means is a collective responsibility to heal old wounds and a judicious decision to go forward into all the places where hurt and healing is needed by lifting up the dignity of every human being, from the moment of their birth, within democratic systems that embrace radical pluralism and reciprocity as part of an ethic of Love and Justice.

amina wadud is Professor Emerita of Islamic Studies, now traveling the world over seeking answers to the questions that move many of us through our lives.  Author of Qur’an and Woman: Rereading the Sacred Text from a Woman’s Perspective and Inside the Gender Jihad, she will blog on her life journey and anything that moves her about Islam, gender, and justice, especially as these intersect with the rest of the universe.

Like Loading...
‹ Is it a Feminist Act to Stay in a Patriarchal Tradition? by Gina Messina-Dysert
Reclaiming the Feminist Beginnings of America’s Thanksgiving by Michele Stopera Freyhauf ›