Reconsidering Faith in the New Semester by Sara Frykenberg 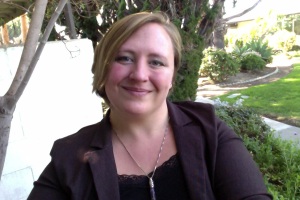 Last October I wrote a blog about feeling halfway: halfway between faith and identity, halfway present in the day to day of my life, halfway full, and afraid to lose the “half as much as I really needed” to which I clung. Of possible experiences that might feed my soul and lighten my heart last year, I didn’t expect it to be my visit the AAR National Conference, but it was. I came home from San Diego feeling excited, capable and cared about, after visiting friends with whom I share passion, meeting new people and listening to scholarship that woke up my brain.

A necessary respite, this short trip reminded me that really I like what I do. Scholarship and genuine camaraderie feed my soul and the work that I do. And while I am glad to be holding onto these facts of my life, I find that the question of faith and identity has surfaced again this semester.

I am teaching a course entitled Faith and Human Development for the first time. A look at the way that faith and human growth relate to one another, the course is an interdisciplinary exploration of the overlaps between religious studies, psychology and philosophy. I will admit that I was dreading teaching this course. When I asked colleagues what texts they had previously used for this course, two women, separately, said to me, “Of course, [James W.] Fowler, though his work is dated now.” Of course—Fowler! James…Fowler? Yeah—nope. I had not read his book. I had no idea what to do, so I prepared my course using this recommendation and other texts that would complicate and challenge the dated, Euro-androcentric and imperialist content I found in the text (as my colleagues had similarly done).

But course content aside, I think what really scared me about teaching the class was the idea that here I was, a person who just last semester told her colleague that she didn’t think she was a person of faith, teaching a course all about faith and human identity. Yikes! What qualifies me to do this? Shouldn’t the women-religious or clergy in my department teach this course instead of me, or, at least those who identify with some tradition? What do I know about faith—unless you want to talk about losing it?

Ironically—though if I’d really thought about it I should have expected this—I have found that my own experiences feeling lost, in-between and more despairingly, halfway, have proved my most useful tools for teaching a class about faith. I can give comfort and so build confidence with my students who are also feeling lost or, as is more often the case, those who are afraid of getting lost. Afraid to question because of what it means about their religious identity, afraid to betray commitments that are so often based upon the commitments of and to their families, and sometimes afraid because they are realizing for the first time that they are just starting to know themselves.

Writing the proceeding paragraph I asked myself, would it have been more accurate to say “my hard-earned faith that is better?” Would that be a statement of faith? What is faith, and how are we all defining it? 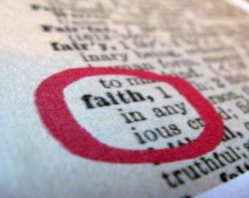 Synthesizing the many definitions Fowler proposes in his book Stages of Faith, I interpret his definition of faith as: a relational and enacted quality of human experience that brings ultimate (for him, ideally transcendent) meaning that sustains us in trial, granting us purpose and worth.

Encouraging his audiences to think about faith differently, as an action we take rather than a commitment to an idea, Fowler asks many questions designed show how our actions are more indicative of faith than religious assertions. One question he asks is: “What causes, dreams, goals or institutions are you pouring out your life for?”[1]

I find this an interesting question with an interesting and rather alarming connotation. “Pouring my life out,” is certainly how I can describe some of my actions and a way I have felt, particularly when despairing. I am not sure if Fowler meant this question to have the negative implication that I give it or not; but I am sure that the subtext of this question asks us: “and what does your answer suggest about what brings you meaning?” And further, “does this action bring you sustaining meaning?” All I can say to this is that I do not want to “pour my life out,” like water down a drain, for anything.

Later in his text Fowler asserts: “We do not commit ourselves—‘rest our hearts upon’—persons, causes, institutions or ‘gods’ because we ‘ought to.’”[2] To which my initial reaction was: “Wan-na bet?”

I realize that Fowler is trying to create a normative (sharable and standard) definition for “good enough” faith, similar to the way many psychological theorists propose working definitions of what it means to have “mental health.” So perhaps my reaction was cynical. However, normative theories—even theories of faith—often problematically define the “normal,” based on exclusive standards that benefit and maintain the lifestyles of those with power and privilege.

Perhaps Fowler is trying to create a goal of faith when he suggests that: “We invest or devote ourselves because the other to which we commit has, for us, an intrinsic excellence or worth and because it promises to confer value on us.”[3] Yet, this goal excludes much of my lived experience. Sometimes I devoted myself to the mirrors of abuse, as a method of survival. Sometimes I have set my heart upon the potential for worth—does this make me an outsider to “good enough” faith? An outsider to “faith?”

I find more hope in Fowler’s assertion that faith is a relational action—something that we do.[4] This reminds me of theologian Carter Heyward’s definition of faith in her book, Saving Jesus From Those Who Are Right. She asserts: “Faith is a revolutionary spiritual struggle toward social and personal transformations of power.”[5]

I am still working on my definition of faith. What teaching this class is teaching me, is that I need to consider the actions that supported meaning-making in my own stories of surviving and thriving as I do this work.

[1] James Fowler, Stages of Faith: The Psychology of Human Development and the Quest for Meaning, Harper One: New York, 1981: 3.

[3] Fowler: 18. It is important to note here that Fowler talks about trusting an excellent “other,” as it is indicative of his focus on transcendence. Influenced strongly by his Christian world-view and Western philosophical traditions, Fowler privileges transcendent universal meanings, or ‘objective truths,’ that are common—he asserts—to all human beings. This idea of separate truth (or divinity) is highly debated; and not a neutral position.

[5] Carter Heyward, Saving Jesus From Those Who Are Right: rethinking what it means to be Christian, Fortress Press: Minneapolis, 1999: 68 (emphasis hers).

Sara Frykenberg, Ph.D.: Graduate of the women studies in religion program at Claremont Graduate University, Sara’s research considers the way in which process feminist theo/alogies reveal a kind transitory violence present in the liminal space between abusive paradigms and new non-abusive creations: a counter-necessary violence.  In addition to her feminist, theo/alogical and pedagogical pursuits, Sara is also an avid fan of science fiction and fantasy literature, and a level one Kundalini yoga teacher.

Like Loading...
‹ Relationship, Freedom, Change, and Interdependence in the Web of Life by Carol P. Christ
Six Degrees of Separation, Hungarian Royalty Chefs, & A Trip to Lens Crafters by Natalie Weaver ›