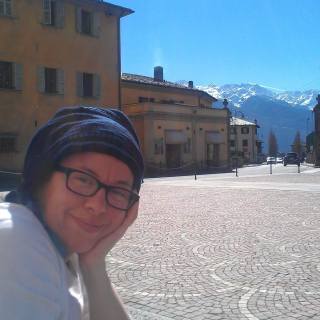 When I cover my head in respect for the Holy One, it feels right. This act touches on a religious truth of who I am. To me, it not only matches who I am, it also expresses something about who I strive to be and the relationship I want to have with G-d.

Seeing Caitlyn Jenner on the cover of Vanity Fair, I think she’d say something similar about herself. Her outward appearance touches to the very core of who she is and who she has had the strength and courage to become.   Not only that, it feels right.

Sure, there is a wide gulf between the public nature of Jenner’s cover photo and my public head covering, yet, in these two examples, I see a number of connections. First, there is the real possibility of harm and danger. Second, there is a link between outside actions that express something true about the person on the inside. Third, value is placed on the agency and autonomy of the individual carrying out those actions. Finally, there is a performativity connection between religiosity and gender. It is the last point that I find particularly compelling.

I don’t cover my head anymore on a daily basis although I used to before I moved to Europe. Even though it doesn’t feel right, with the rise of anti-Semitism, it seems like the safe and unfortunately prudent thing to do. I also don’t wear any signifying my religion except for a small star of David earring. In 2014, by the Jewish community’s own account, anti-Semitism grew 200% in the Czech Republic alone.  Statistics seems to support my actions.

Jenner too, like so many members of the trans community, now has the real threat of violence against her person. While her public persona may make her somewhat safer, too many trans men and women have been harmed and even murdered just for being themselves. In fact, many trans people live closeted lives because of this danger and the fear of rejection from family, friends and the larger society.

While not minimizing the fear and danger, I want to return to the more theoretical link between gender expression, gender identity and religious identity. In 1990, Judith Butler wrote Gender Trouble: Feminism and the Subversion of Identity. For Butler, what we think of sex and its connections to gender as masculinity and femininity often come down to a person performing gender in a way that is socially recognizable. People wear clothing, do actions, speak words and use body language that marks them as woman or man and therefore individual agents adhere to societal constructions of gender at the same time they reinforce societal expectations for men and women. Butler’s suggestion is that gender performances, that subvert “normal” discourses on gender expression, show the ways in which gender is culturally constructed. They also disrupt what has been seen as somehow inherently natural. In other words, biologically-sexed females acting, dressing, speaking and behaving in ways typically associated with masculinity disrupts what it means to be both a woman and to be masculine. This would be impossible if things were as natural as society thinks they are.

One of Butler’s goal, in my opinion, is not only to expose the culturally constructed nature of sex/gender, but also to open up individual agency to perform gender in ways that would disrupt the power these “natural notions” have over peoples’ lives. Subversive gender performances, for Butler, creates more freedom in society and would hopefully undermine blanket misogyny and disrupt patriarchal power.

Yes, Butler has often been criticized in many ways, including the attempt to erase any notion of substance behind personhood and its gendered expression especially as it relates to transgendered individuals. Butler has spoken to this specific criticism saying on transadvocate.com that, “…others have a strong sense of self bound up with their genders, so to get rid of gender would be to shatter their self-hood. I think we have to accept a wide variety of positions on gender. Some want to be gender-free, but others want to be free really to be a gender that is crucial to who they are.” 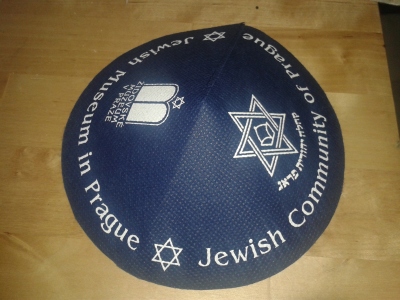 In the end, what is essential for Butler is individual autonomy and freedom to be. Performing sex/gender is one possible way to get there. Let me suggest another that builds off Butler’s ideas of performativity. Religiosity is a type of culturally-laden performance. After all, what are kippot, hijabi, nuns’ habits, ministers’ robes, etc.? They are religious markers tied up in gender identity.

Just as masculine women subvert and disrupt social constructions, couldn’t a Jewish lesbian perform gender in a way that she passes for an orthodox man (or woman)? Doesn’t this disrupt what it means to be both lesbian and orthodox? I think so. This passing person also destabilizes the power of orthodox men to define womanhood and women’s sexuality. She defines for herself who she is. She may very well consider herself to be orthodox and masculine, just as masculine women consider their masculinity as part of who they are.  She may connect deeply with Jewish orthodox feminine styles of dress.  Nonetheless, her outward performance expresses something about her commitment to G-d and who she is as a Jew at the same time it subverts received religious notions of gender and sexuality.  Another example is a woman minister who wears priestly attire including the black shirt and white collar.   She too disrupts power relations, gender assumptions and, for some people, the very notion of women and ordination.  Religious performance is powerful stuff.